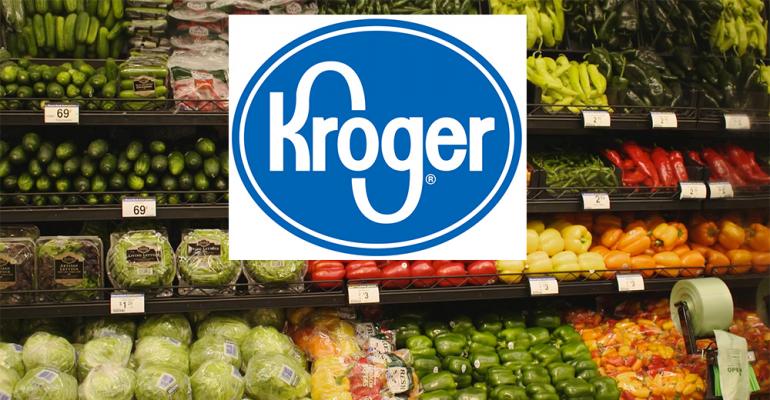 Kroger on Thursday said its investments in pricing, merchandising and cost-cutting helped propel unexpected sales and margin gains in the third quarter.

For the three-month period, which ended Nov. 4, the Cincinnati-based retailer said its identical-store sales, excluding fuel, were up 1.1%, compared with a year ago, and its gross margins improved 30 basis points, excluding extraordinary items.

Analysts had expected ID’s to be up 0.9% and were concerned about potential gross margin declines.

“Our ID sales results were driven by both a higher spend per unit and strong growth in the number of households,” said Michael Schlotman, executive VP and CFO, in a conference call with analysts. “Total visits continued to grow throughout the quarter.”

He said the company was able to negotiate favorable costs of goods in the quarter and also benefited from the merchandise mix.

“We have become significantly more diligent in lowering our cost of goods in negotiations with our vendors,” said Schlotman. “Our sales mix was very strong in the quarter relative to more natural foods and more [private label], which did drive our margin rate up.”

He also said the company had cost inflation of about 50 basis points during the quarter, and some of that increase was passed on in the form of higher retail prices, which also were up “above zero” in the quarter.

Schlotman added that even though margins expanded during the recent period, the company “did invest in price in a really big way.”

The company confirmed its guidance for the year, and said it expects fourth-quarter same-store sales to be at least 1.1%.

“This quarter shows that by investing for the future, our business continues to improve and gain momentum,” said Rodney McMullen, chairman and CEO. “We remain confident in our ability to continue to grow identical supermarket store sales and market share for the balance of the year and in 2018.”

Kroger said net income for the quarter was up about 1.5% over year-ago results, to $397 million, after a $111 million contribution to the employee pension fund that was facilitated by higher fuel margins in the quarter. The gross margin was 22.4% of sales for the third quarter.

Revenues from e-commerce in the third quarter were up 109%, relative to a year ago, driven by the company’s ClickList click-and-collect offering, which it expects to be available in about 1,000 locations by year-end.

The company also said it now offers home delivery from more than 300 locations through third-party delivery providers including Shipt, Roadie, Uber and Instacart, the latter of which unveiled a nationwide delivery pact with Albertsons earlier this week. Kroger initially launched a partnership with Instacart in Southern California, where stores and parking lots tend to be too small to offer a click-and-collect service, the company said.

“We’ll continue to use our data and customer insights to make it really easy for our customers to navigate across the channels they choose when shopping with us,” said McMullen.

Kroger also saw strong private label growth in the quarter, and recently announced two new brands — one as-yet-unnamed brand for an apparel line that is slated to launch next year and a floral private label called Bloom Haus that is already in stores. Overall, private label accounted for 28.2% of unit sales and 25.6% of dollar sales, excluding fuel and pharmacy, in the third quarter. The company’s Simple Truth clean-label brand saw sales rise 19% in the period.

“If you look at our big stores, they continue to perform very, very well,” he said. “Our customers tell us they like them.”

He noted, however, that company does allocate “significantly more space” to fresh categories than it did just three or four years ago.

Kroger is in the midst of a significant effort to reallocate space within its stores as part of its Restock Kroger initiative, which it unveiled in October.

That effort is “off to a great start,” said McMullen. “Customers are recognizing our efforts to redefine the customer experience and rewarding us with their loyalty.”

Schlotman also said Kroger has seen “a high level of interest” from potential buyers of its convenience-store division, which it had said in October that it was putting on the block.

McMullen said the company was encouraged by the direction of the tax-reform plans in Congress, which would lower the corporate tax rate from 35% to 20%.

“We are especially excited about the House version, because it starts almost immediately, whereas the Senate version is delayed a year,” he said. “We believe it will influence us to continue to invest in our business, which will grow jobs.