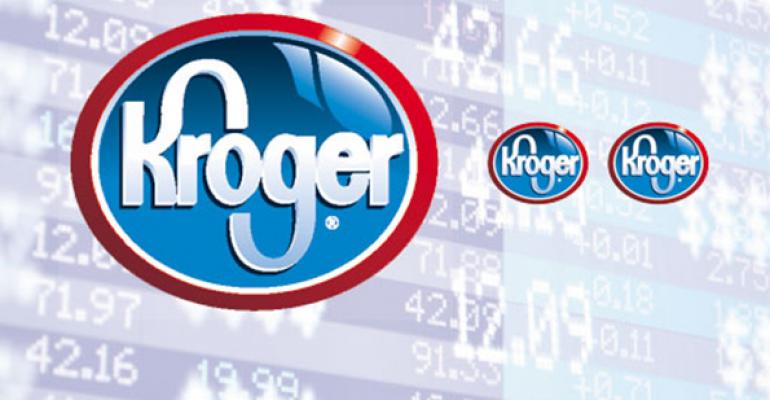 Kroger Co. on Thursday said its board of directors approved a 13.5% increase to the company's quarterly dividend, a two-for-one split of its common shares, and a new $500 million share repurchase program.

"Today's actions reflect our board of directors' confidence in Kroger's long-term performance and ability to deliver growth consistently to our investors," Rodney McMullen, Kroger's chairman and CEO, said in a statement. "The stock split will increase the accessibility of our shares and liquidity in the trading of our shares. We are especially excited that the stock split will make Kroger's common shares more accessible to all of our associates."

Kroger's board raised the quarterly dividend to 21 cents per share on a pre-split basis. Because the dividend will be paid after the stock split is effective, shareholders of record as of the close of business on Aug. 14 will be paid 10.5 cents per split-adjusted share on Sept. 1.

The share repurchase program replaces a prior authorization which has been exhausted. It is not expected that any purchases will be made under this new board-authorized plan for the remainder of fiscal 2015.

Kroger said it has returned approximately $11.7 billion to shareholders through share repurchases since January 2000.