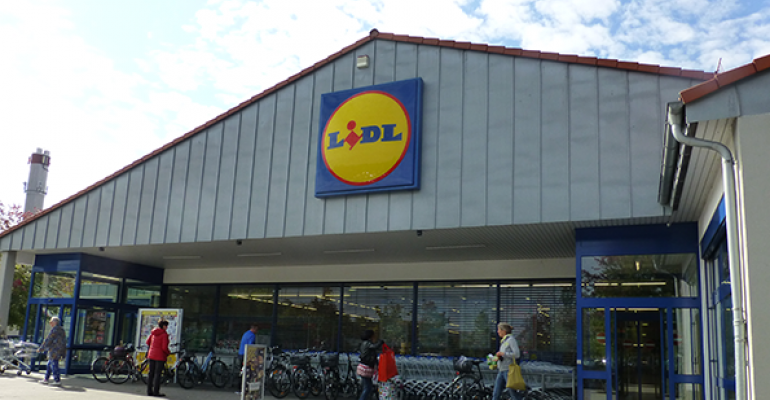 Lidl said Wednesday that it would open a regional headquarters and distribution center facility in Alamance County, N.C. The move is part of the German company's preparations to expand into the U.S., and comes after last month's establishment of U.S. corporate headquarters in McLean, Va. and regional facilities in Virginia.

“We are thrilled to open new facilities in North Carolina and look forward to introducing American consumers to a different type of shopping experience,” Brendan Proctor, president and CEO of Lidl US, said in a statement. “Our philosophy is simple: we are focused on offering customers top quality products at the most competitive pricing in convenient locations. We plan to build on the foundation that has made Lidl so successful in Europe, while creating a unique experience for American consumers that will be unlike anything else in the market.”

One of the largest retailers in the world, Lidl operates nearly 10,000 stores in 26 countries throughout Europe. Lidl markets offer customers fresh meat, produce and bakery items, as well as a wide selection of household goods, at the lowest possible prices.

“We thank Governor Pat McCrory and leaders in Alamance County, who worked with us to bring Lidl to the region. We are honored to work with them to lay the groundwork for Lidl’s success in the United States,” said Proctor.

State officials said the project will create 80 new full-time jobs and 120 hourly positions in Alamance County during the next three years. Lidl plans to invest more than $125 million over the same period.

The project was made possible in part by a performance-based grant from the One North Carolina Fund of up to $250,000. The One NC Fund provides financial assistance through local governments to attract business projects that will stimulate economic activity and create new jobs in the state.

This story was updated with details from North Carolina's governor's office.