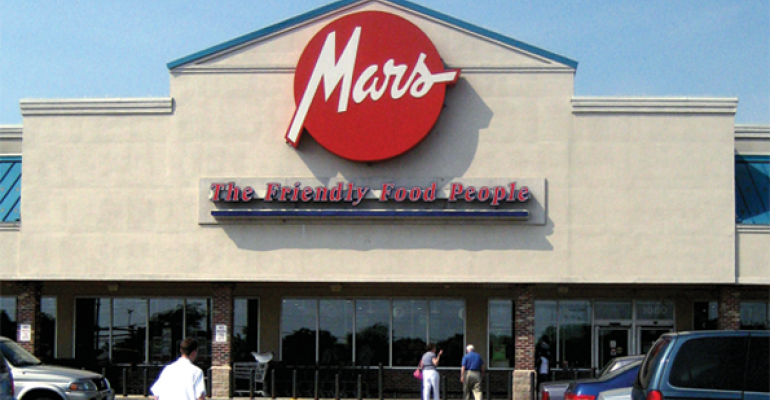 Mars to shut down stores not bought by Weis

Mars Super Markets, which announced a deal to sell five of its stores to Weis Markets Tuesday, said its remaining eight stores would close by July 31 unless it can find a buyer for them.

"As you all know the company has been struggling with declining sales for several years," CEO Chris D'Anna said in a memo to employees obtained by SN. "We have tried cutting costs everywhere we can while preserving jobs and benefits, but it has not been enough." D'Anna said Mars was "actively working to backfill the remaining stores with other food retailers seeking to create as many re-employment opportunities as possible."

The decision to close the stores ensures Mars' ability to provide employees with severance pay, D'Anna said. "In no way is this event a reflection on your performance," he added. "Given the overall state of the company and the competitive environment there is no alternate course. This is a final decision."

Family-owned Mars — named after a military housing community near the site of its first store, opened by Joseph D’Anna in Essex, Md., in 1943 — in 2014 closed its distribution center, and closed four stores earlier this month. Sources estimate it did around $250 million in annual sales, prior to this year's closings. The company is expected to file notice of layoffs with the state authorities shortly.

Diamond told SN that Weis can improve the acquired Mars stores by expanding departments such as natural and organic and prepared foods, updating store decor, and offering better prices and promotions.

Weis said it expects to convert the Mars stores to its banner shortly after the deal closes in July.