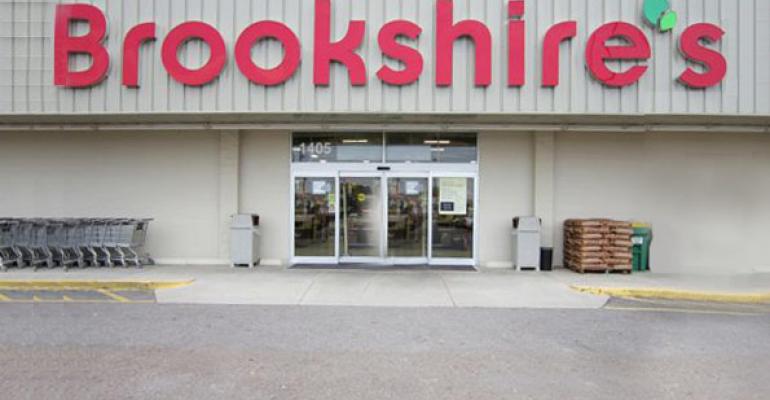 Brookshire Grocery has told its employees that it was exploring strategic options including a potential sale, reports said Friday, confirming sale speculation first raised in wire reports earlier this week.

The Tyler Morning Telegraph, located in Brookshire’s Tyler, Texas, home, reported that the grocer in an internal memo to employees said, “We feel it is important for you to know that at this time we are currently evaluating potential strategic alternatives which may include a possible business combination. In connection therewith, it is our goal to preserve and strengthen the Brookshire Grocery business and heritage.

“However, we are still in the preliminary stages of considering any potential alternative, and we do not know at this stage whether any alternative will be agreed upon or completed.”

Brookshire declined comment on the sales report when contacted by SN.

In a report issued Friday, Deutsche Bank analyst Karen Short said that Kroger could be a logical buyer for Brookshire’s, noting a combination could boost market share in markets where Kroger recently committed to making substantial investments. Kroger said it plans to spend $700 million in the next three years in Dallas and $500 million over the same period in Houston.

“Kroger could look to augment these investments with strategic, fill-in acquisitions, particularly given [its] strong balance sheet and flexibility,” Short said.

Kroger however would look closely to a price of such an acquisition, Short said, with an eye on whether EBITDA margins at Brookshire could support Kroger pricing. “On the surface, Brookshire appears compelling, with the caveat that Kroger continues to take a very prudent and conservative approach to target multiples,” Short said.