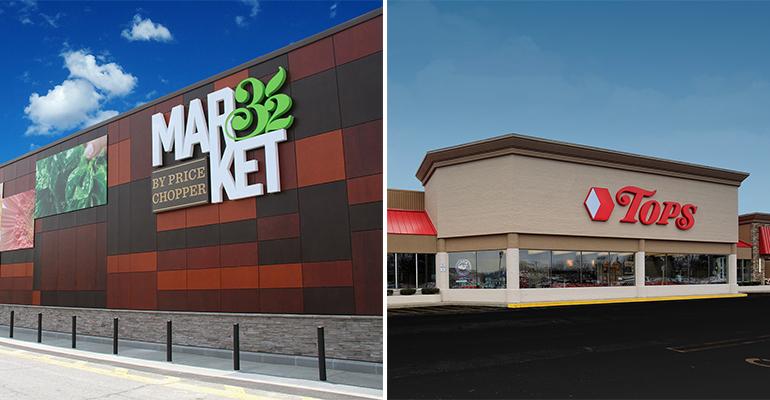 Merger of Price Chopper/Market 32 and Tops Markets will build on greater scale and expertise, say CEOs

With the big news announced Monday that Northeastern grocers Price Chopper/Market 32 and Tops Markets will merge and create a supermarket retailer with nearly 300 stores in six states, Supermarket News was able to chat with the CEOs of both companies to get some insights and details on the deal, along with their thoughts on current market conditions and the continuing impact of COVID.

Here are excerpts from our conversation with Scott Grimmett, president and CEO of Schenectady, N.Y.-based Price Chopper/Market 32, who will serve as CEO of the merged company and on its board of directors, and Frank Curci, chairman and CEO of Williamsville, N.Y.-based Tops, who will serve on the combined company’s board and as a consultant to aid in the transition.

Supermarket News: Congratulations on this exciting news! Can you tell us what led to the companies’ decision to merge?

Scott Grimmett: We get asked that quite a bit. And as grocers do, we're always friendly over time through all the trade functions that we go to over the years. And Frank and I have gotten to know each other very well over the last several years and have begun certainly talking about what that possibility of a merge might look like. And those conversations just continue to mature over time. We thought really it makes a lot of sense for all the obvious reasons and that's how we got ourselves where we are today.

SN: And the plan, from what I understand, is to operate almost as two separate businesses under one umbrella. Would Tops remain Tops and Price Chopper remain Price Chopper? Is that right?

Frank Curci: So that's exactly right. What we'll have is a parent company that's led by Scott. And we'll have two separate operating business units underneath that umbrella. And Tops will continue to operate our stores as we do today. The name’s not changing, the things that we do with our customers aren't changing. Same thing on the Price Chopper Market 32 side. They'll be led by their local management as our company's going to be led by ours. And we'll take advantage of best practices and best people and eliminate redundancies and be better in the long run and take advantage of the scale on the total. That’s the plan.

SN: How do you think that the increased scale of the merged chain will help omnichannel efforts?

Grimmett: The scale will have impact in many ways, but it's in two big buckets. One, certainly it’s going to provide us the opportunity to have a stronger voice when it comes to our vendor relations and negotiating contracts and such — much like some of the other bigger players. And it's going to put us in a position to help us better compete with the changing marketplace. But also, as Frank just said earlier, best practices. We have two very solid upstate New York grocery chains. They've been serving their customer base for years and years and years and have some very, very bright minds that are operating those two businesses. And tapping all those bright people and coming together with the best of the best, the best ideas and sharing those, certainly is what we hope to capture putting these two organizations together.

Curci: We're almost perfectly contiguous with very little overlap. As you know, Tops is headquartered in and has many stores out here in western New York, which is the exact opposite for Scott and his group. 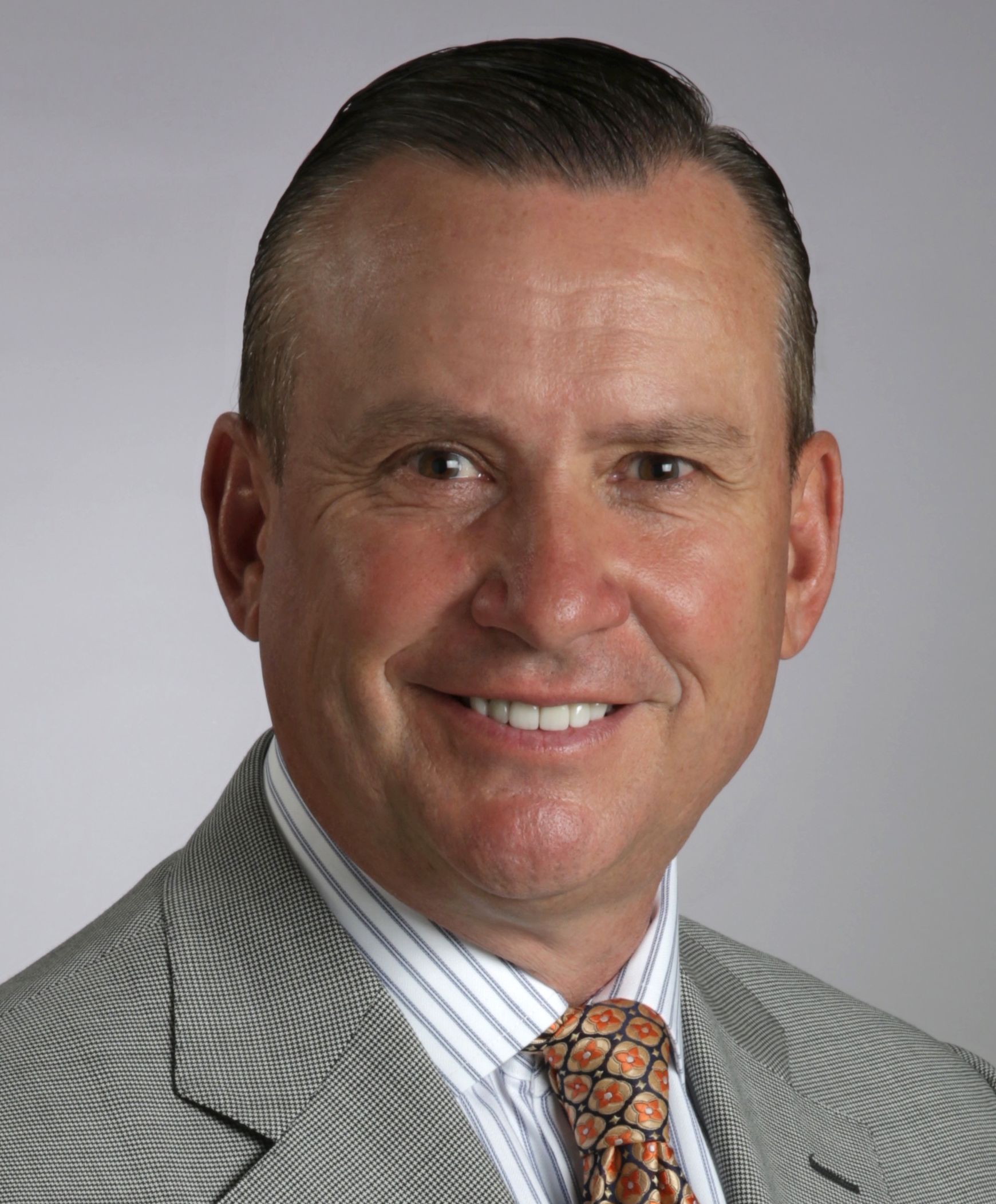 "Certainly it’s going to provide us the opportunity to have a stronger voice when it comes to our vendor relations and negotiating contracts and such — much like some of the other bigger players. And it's going to put us in a position to help us better compete with the changing marketplace.” —Scott Grimmett, Price Chopper/Market 32

SN: Will online grocery services be combined under a single provider or platform or you haven't really gotten into that yet?

Grimmett: We have a lot of work to do certainly between now and closing. And all of that will be a part of it. But safe to say, both companies are well-developed and very mature on home delivery and pickup. And we'll continue to do so and find those areas of synergies that can help better the business in total.

SN: I guess it would be remiss of me not to mention COVID and the impact on grocery. How have both of your chains been faring during all of this? Obviously everybody's sales have been up, but what do you expect to see in the coming year?

Curci: That's the big question of the day. Obviously, we both experienced extraordinary sales in this past year and it's been a year like no other sales-wise. There's no doubt about that. We don't see it slowing down much yet in this year. We know as things go on that things will slowly fade away a bit, but we do think that people have learned some new habits. There's still some reluctance to go into restaurants. I personally think that our sales will remain elevated over normal baselines for a good part of this year until really people feel comfortable going out and living their normal lives again. So I think we'll get a pretty good residual impact this year, but time will tell. And it depends on what happens with vaccinations and everything else.

Grimmett: I would see it almost exactly the same. We've enjoyed certainly the spike in sales. And like Frank, we believe that there's been some new habits changing. Not sure that those will be broken real easily. So we believe that we're going to enjoy some continued strong success into the future. The stores have held up well. The teammates really have enjoyed being on the frontline and being proud of what they've done and how they've served their communities. And that's really enabled us at the end of the day to take advantage of all this incremental business that's come our way. Really it's all been our teammates. And so, yeah. I think we'll continue to see a strong year and our guess is that'll continue. 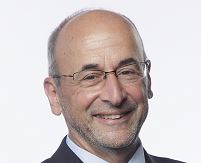 "We were both in the same business and both have great people. And even though we do a lot of things the same, there are specific expertises in both companies that we could both benefit from." — Frank Curci, Tops Markets

SN: What benefits does each company bring to the other? Or is that going to be part of a learning experience as well?

Curci: I think you hit it on the learning experience. We were both in the same business and both have great people. And even though we do a lot of things the same, there are specific expertises in both companies that we could both benefit from. I think Scott talked about best practices and all that. And that's really where we want to go and what we want to take advantage of. And that'll play out over the coming months, as we put this thing together.

SN: I know you said the deal would be closing in a few months, but is there a timeline in place or it's just really how long everything takes?

Grimmett: Yeah. I think you said it perfectly. It's how long everything takes. It’s not like a house closing where you get to pick a date. There’s certainly a lot of work to do and a lot of things that we can't predict, but certainly in the coming months.

SN: Thank you both. And congratulations again on this exciting new deal!