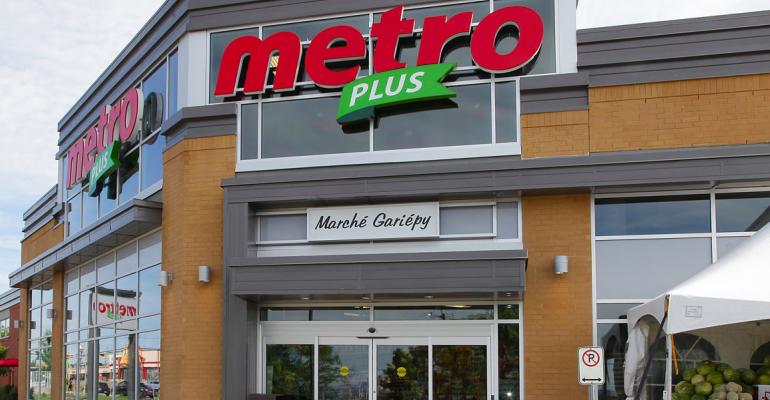 Eric La Fleche, CEO of the Montreal-based retailer, said shoppers during the period shifted from the retailer's conventional banners to discount, which caused slight margin pressure but little of the sales slowness facing competitors Loblaw and Sobeys. For the quarter, which ended July 2, Metro said sales increased by 4.5% to $3.1 billion (U.S.), with same-store sales increasing by 3.9% and net earnings up 8% to $136.3 million (U.S.).

A slightly lower gross margin rate resulted mostly from higher sales from discount banners but was more than offset by lower operating expenses, so EBITDA increased by 20 basis points to 7.4% of sales, Metro said. Traffic, basket size and tonnage were all up for Metro during the period.

"What you read about supplier relations and cost reduction demands by some of our competitors, we always make sure that we have competitive cost because we need to be competitive at retail for our customers," he said. "So, you can be sure that we check retail prices, we check margins, and if something is happening in the market, we make sure we get our fair share. So you can count on us to continue to negotiate thoroughly but hard with our suppliers to make sure we have the right consumer offer and the right prices, as we've always done."

He described the competitive environment as "promotional and intense" but also "rational."

LaFleche said price inflation over the first six months of the year in Canada drove a higher consumer awareness on price, shifting traffic from conventional to discount store, "But we're well positioned to perform well in that kind of environment."

Price inflation slowed considerably in the third quarter and was about 1.5%, he added.