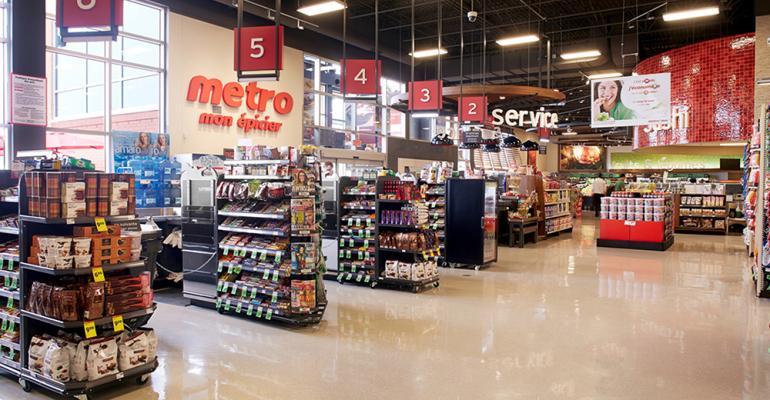 Metro Inc.
The sales spike Metro saw toward the end of the second quarter has stretched into the third quarter for both food and pharmacy, though with less momentum as stockpiling eased off.
News>Retail & Financial

CEO Eric La Flèche: Surge in business was ‘unprecedented’ and ‘required the mobilization of all our resources’

For the 12-week quarter ended March 14, sales totaled $3.99 billion (Canadian), up 7.8% from $3.7 billion a year earlier, Montreal-based Metro said Wednesday. Excluding the impact from the adoption of IFRS 16 leases, which were instituted in the first quarter, sales rose 8.1% to $4 billion, the Canadian food and drug retailer reported.

Metro said the COVID-19 outbreak impacted results in the last two weeks of the quarter, raising sales by an estimated $125 million and net earnings per share (EPS) by about 3 cents.

Food same-store sales jumped 9.7% in the second quarter and were up 5.2% year over year excluding the COVID-19 impact, Metro said. The holiday calendar shift also accounted for 0.6% of the same-store sales gain, the company added. Food basket inflation was about 2%.

Related: Sales inch up in first quarter at Metro

At Metro’s drug stores, comparable sales rose 7.9%, reflecting increases of 8.3% in the front end and 7.7% in the pharmacy, with prescriptions filled up 3.9%. The comparable-pharmacy sales gain was 6.4% excluding the impact from coronavirus, the company said.

“The COVID-19 pandemic was officially declared during the last week of our second quarter, which ended on March 14. Starting on Feb. 28, we saw customers beginning to stockpile in the province of Ontario, followed by Quebec about a week later,” Metro President and CEO Eric La Flèche told analysts in a conference call on Wednesday. “The significant surge in sales, especially in the last week of the quarter, was unprecedented and required the mobilization of all our resources to ensure the safety of our employees and customers, the resiliency of our supply chain, and the operations of our food stores and pharmacies. The sales have since leveled off, but we are still experiencing significant increases in revenues due to the pandemic.”

Metro’s comp sales already were trending upward when the health crisis hit Canada, La Flèche noted, pointing to the 5.2% uptick for the second quarter excluding the effect from COVID-19.

“We were experiencing a strong sales momentum right up to the pandemic,” he said. “We were definitely on track to deliver a very solid financial performance.” 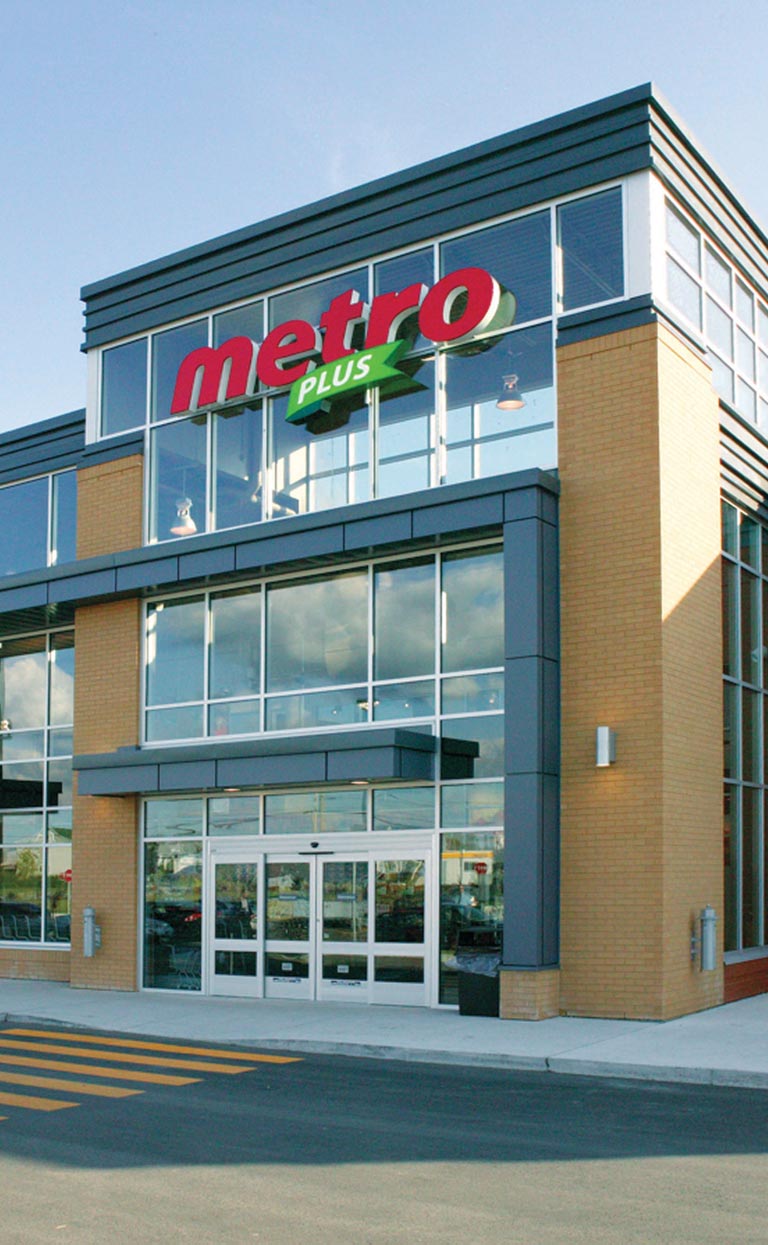 With customers staying at home or limiting store visits because of the virus, e-commerce demand suddenly surged upon news of the outbreak, according to La Flèche.

During the second quarter, Metro opened five new stores (including two relocations) and expanded, converted or remodeled 11 stores for a net square footage addition of 115,000 square feet, or 0.6%.

“We more than doubled our online volume overnight, and the current demand is hard to meet as time slots are filling up as soon as they become available. We added a second store in Quebec City as already planned and added as much capacity as possible to our other stores in Montreal and Toronto,” he explained. “We just signed a new agreement with Cornershop, a grocery quick delivery service in Toronto and Montreal that will add to our online capacity. Finally, we just recently launched the Metro Priority Service for seniors and customers in quarantine, which is a simple web form sent to their store for pickup or delivery. This service is now available in 130 Metro stores in Quebec and 90 stores in Ontario.”

The sales spike Metro saw toward the end of the second quarter has stretched into the third quarter for both food and pharmacy, though with less momentum as stockpiling eased off.

“We continued to experience significantly higher food revenues due to the COVID-19 pandemic, as people are eating more at home. In the first four-week period of our third quarter, starting on March 15 ending on April 11, food same-store sales were up 25% versus last year. In all formats, we are seeing a significant reduction in customer visits but a significant increase in basket size, that is customers are doing a much bigger and fuller shop,” La Flèche told analysts, adding that the largest increases were in the grocery and meat departments.

“The larger basket size translates into a higher average price per item and a lower percentage of items sold on promotion, a situation that is also amplified by the request of certain suppliers to stop or reduce promotional activities to avoid putting further strains on the production line and supply chain,” he said. “However, we are also incurring higher operating expenses, namely in terms of labor, safety measures, maintenance, cleaning, in addition to volume-driven increases in labor, distribution and other costs.”

Analysts, on average, had projected Metro’s second-quarter adjusted EPS at 74 cents, according to Zacks Investment Research.

During the 24 weeks, Metro opened five new stores (including two relocations) and expanded, converted or remodeled 11 stores for a net square footage addition of 115,000 square feet, or 0.6%.

The coronavirus pandemic will delay or suspend capital-expenditure projects currently under way or upcoming, La Flèche reported. Metro in October 2017 announced a $400 million modernization project for its Toronto distribution centers and, last month, unveiled a $420 million, five-year project in Quebec to build an automated DC for fresh and frozen products and enlarge an existing produce and dairy DC. The company is working with food distribution automation specialist Witron on both projects.

“Given the pandemic-related travel restrictions, we will experience some delays for the completion of the two Ontario distribution center projects, as we require the assistance of foreign nationals working for Witron,” La Flèche said in the call. “At the moment,” he added, “all retail Capex projects are on hold in Quebec because of government restrictions, but our Ontario projects for this year will be completed.”

Overall, Metro operates or serves a network of about 950 food stores under the Metro, Metro Plus, Super C, Food Basics and other banners in Quebec and Ontario, as well as 650 drugstores mainly under the Jean Coutu, Brunet, Metro Pharmacy and Food Basics Pharmacy banners.