More than 25 Farm Boy stores are currently in various stages of development in Ontario, including a mix new builds and banner conversions ranging in size from 12,000 square feet to a 38,000-square-foot signature store, Empire said.

Newly announced Farm Boy store locations are in Harbourfront in Toronto, Bronte in Oakville and Greenbank in Ottawa. Plans call for the existing Sobeys and Sobeys Urban Fresh stores to close this fall and reopen as Farm Boy in 2021.

Nine other Farm Boy stores are slated to open later this year and before the end of 2021 in Ontario, including one next month in Newmarket; two in Toronto and one in Ottawa this fall; one in Waterloo and another in Toronto over the 2020-21 winter; one in Richmond Hill next spring; and one apiece in Etobicoke and Toronto during 2021.

“Farm Boy’s unrivaled fresh food offer and popular private-label brand have connected tremendously with customers in Ontario,” Empire President and CEO Michael Medline said in a statement. “This format is a clear winner for us and is part of our Project Horizon commitment to grow market share and optimize our store network over the next three years.” 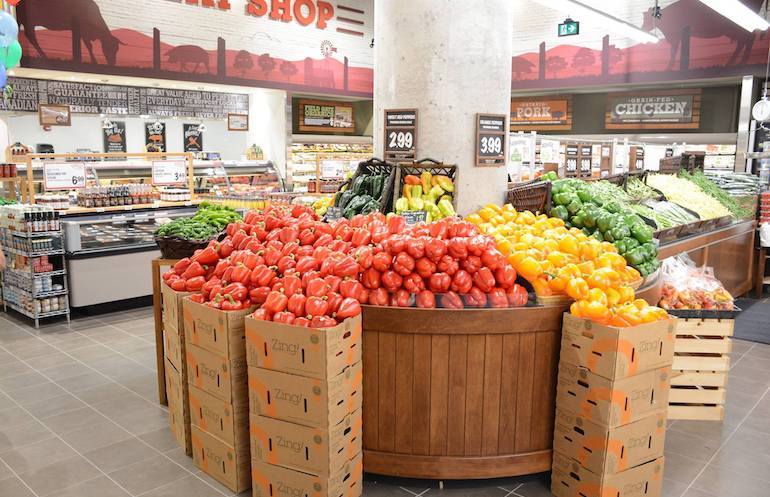 Sobeys now has 31 Farm Boy stores in Ontario and has announced another 12 locations, including banner conversions.

Farm Boy had 26 stores when it was acquired, and Empire has since opened another five locations. The company said it aims to double the chain’s store count over five years via brand new stores and conversions of Sobeys supermarkets.

“We’re continually evolving our offer to deliver Farm Boy’s signature fresh food and convenience to communities across Ontario,” according to Jean-Louis Bellemare, president and general manager of Farm Boy. “Our team is dedicated to delivering unique, interesting and amazing products and the exceptional customer experience so many of our customers have come to enjoy.”

Along with Farm Boy, Empire has pushed ahead with the expansion of its FreshCo discount banner, mainly in Western Canada via conversions of Sobeys and Safeway supermarkets.

The company said late last week that it plans to shut the Sobeys Airport Road store in Brampton, Ontario, this fall and reopen it as a Chalo! FreshCo location — specializing in South Asian products — in the spring of 2021. Meanwhile, the Sobeys Urban Fresh Mount Pleasant store in Toronto is scheduled for permanent closure this fall. Empire projects $6.1 million in pre-tax costs for the conversions and closures to be charged to fiscal 2021 first-quarter earnings. Thus far, the company has confirmed 28 of approximately 65 stores earmarked for FreshCo conversions.