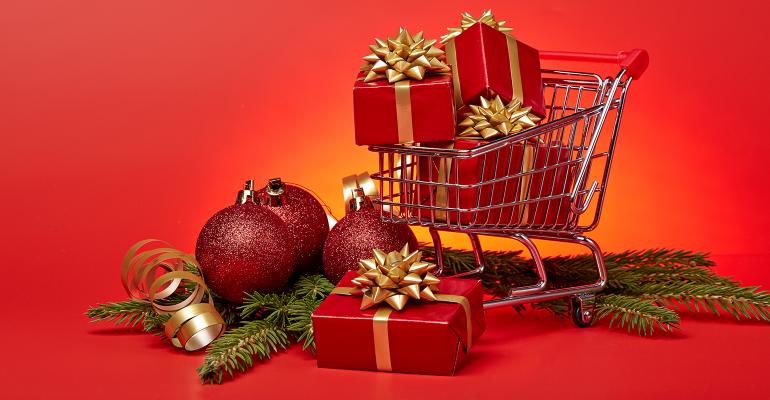 Consumers are in a good place to spend, forecast indicates

Holiday spending will increase a solid 3.6% this year to $655.8 billion, the National Retail Federation projected Tuesday.

The annual forecast does not include auto sales, gas and restaurants. But the largest retail sector included in the projection is food-and-beverage stores, which last year accounted for 19% of the $632.8 billion in total sales.

“We think 3.6% is a very, very solid number,” said Matthew Shay, the NRF’s president and CEO, of this year’s forecast.

“This year has not been perfect,” he noted. “But we remain optimistic that the pace of economic activity will pick up in the near term.”

Consumers “are in a stronger position relative to where they’ve been over the past few years, even compared to last year,” Shay said.

Household income is up 3.4% year-over-year, employment is strong and wages are up on average of 3.6%.

“Overall, the increase in net worth means consumers have a greater capacity to spend,” said Shay.

Jack Kleinhenz, the NRF’s chief economist, noted that consumer savings are also up and potential shoppers are holding less debt, which could allow them to access credit to spend more this holiday season.

“All in all, consumers are in a really good place as we go into the holiday season,” said Kleinhenz. “You just can’t discount the power and capabilities of the consumer and I think that will be the case this year.”

Retail hiring will also be up this season. The NRF projects retailers will hire between 640,000 to 690,000 seasonal workers this year, in line with last year’s 675,300 holiday-related hires.

Non-store spending, including online sales and e-commerce, is also expected to increase between 7% and 10% to about $117 billion, or roughly one-sixth of overall retail sales, the NRF said.

The presidential election will dominate the airwaves over the next five weeks, making it more difficult for retailers to get holiday messages through, Shay noted.