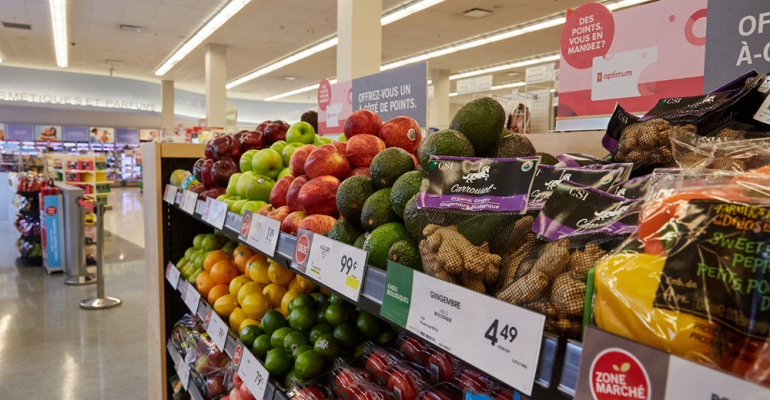 Pharmaprix said Friday that it has begun piloting a new retail concept dubbed Zone Marché at several drugstores in greater Montreal. Focused on better-for-you foods, the section is designed to serve up a range of fresh options for on-the-go customers seeking something quick and easy for breakfast, lunch or dinner — and at prices comparable to those at conventional supermarkets.

Zone Marché will be deployed in three models: refrigerated counter, grab-and-go and fully enhanced. Stores with the refrigerated counter product line will focus on “fast and convenient” snack ideas, such as fruit and vegetables, dips and deli. The grab-and-go setup will center on meal solutions, with offerings for the whole family. Meanwhile, the fully enhanced model will offer all of the above yet with greater variety. 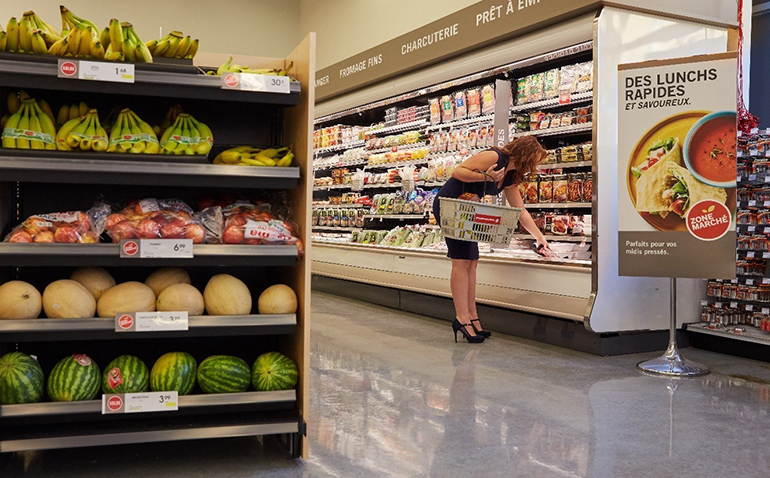 “Given the strong connection between food and well-being, it quickly became apparent that expanding Pharmaprix’s offerings to include fresh items was a natural choice,” Eric Bouchard, senior vice president of Pharmaprix, said in a statement.

Depending on the model, the participating Pharmaprix stores will carry up to 750 new fresh products, such as fruit and vegetables (including bulk and prepackaged items, organic fare, prepared salads and pre-cut produce); deli cheeses and cold cuts; prepackaged fresh meat (poultry, pork and beef); artisan bread, desserts and other sweet goods; and simple, easy-to-prepare meal solutions, such as pasta, quiche and sandwiches (including vegetarian options).

Pharmaprix added that Zone Marché also will feature some of Quebec's most popular brands, including St-Viateur Bagel, Le Commensal, Saputo and Bravodeli.

The new concept steps up the rollout of Loblaw groceries to Shoppers Drug Mart since Loblaw Cos. closed its acquisition of the Toronto-based drug chain in March 2014. At the time of the merger, company executives cited the potential opportunities for more food — particularly fresh items — at Shoppers Drug Mart and Pharmaprix stores, which together number more than 1,300 locations across Canada.

“We had already been offering certain types of grocery items to make shopping at our pharmacies more convenient,” according to Bouchard. “Now that we belong to the great Loblaw family, we’ve been able to take advantage of all this new expertise and go even further by offering everything our customers need to make healthier choices and more nutritious meals.” 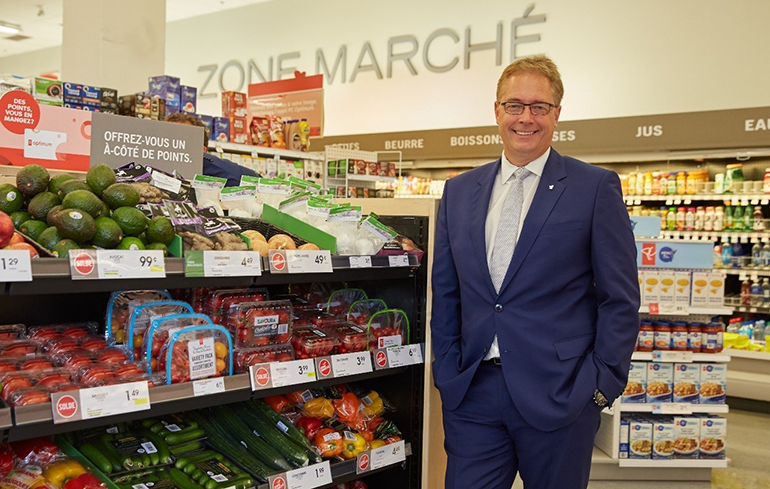 Plans call for Zone Marché to be implemented at 11 stores by early December. Seven stores are slated to get the grab-and-go model, and three locations are earmarked for the refrigerated counter setup. One store will have the fully enhanced model. The concept is expected to roll out to more stores by 2020, mainly in high-density urban centers, where Pharmaprix said the target customers reside.

In recent years, drug chains have ramped up their food selection, including grab-and-go items and fresh products, to help drive store traffic and showcase their beauty, health and wellness, and private label offerings in the front end.

In Canada, Shoppers Drug Mart has remodeled stores to house expanded food and grocery space. And in the United States, the three leading drug chains — Walgreens, CVS Pharmacy and Rite Aid — all have boosted their food and beverage offerings, including healthier fare and fresh entrees, sides and snacks. Before its merger with Albertsons Cos. was called off this week, Rite Aid had planned to offer Albertsons own-brand groceries at its drug stores, as well as meal kits from Plated, which Albertsons acquired last September.