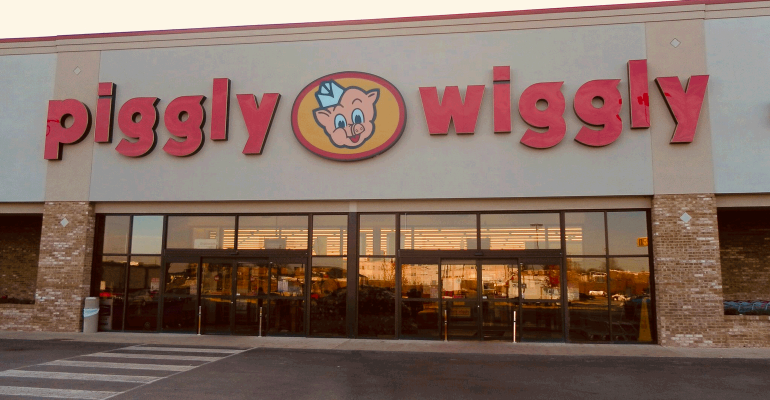 Piggly Wiggly holds its ground in the South

Lidl is coming, and Piggly Wiggly is ready.

“The Piggly Wiggly name in the South is a historic, powerful brand,” said David Bullard, president and CEO of Piggly Wiggly Alabama Distributing Co., Bessemer, Ala. “We have operators that do well across all economic strata.”

Piggly Wiggly Alabama is a cooperatively owned wholesaler serving about 270 independents in a seven-state territory in the Southeast. About 200 of the 270 stores in the co-op carry the Piggly Wiggly banner, which enables them to purchase the Piggly Wiggly private label through the co-op. The other 70 stores that are co-op members operate under other banners. Now Piggly Wiggly Alabama members are bracing for the entry of Lidl, the German discounter that crashed ashore in the U.S. earlier this year with stores in the Carolinas and Virginia.

But Piggly Wiggly operators have thrived by differentiating themselves with strong customer service and in many locations a focus on sharp pricing. About 20% of the co-op’s members, including many Piggly Wiggly operators, use the cost-plus format, in which they add 10% to the cost of items to create what some operators tout as “a sale every day.”

“We've got some large operators who've really flourished with the cost-plus concept. It’s been very successful,” said Bullard, adding that Piggly Wiggly is a versatile banner that serves a range of economic strata.

Founded by Clarence Saunders in 1916 in Memphis, Tenn., Piggly Wiggly is widely considered to have been the first supermarket to offer shoppers a self-service experience.

Today the Piggly Wiggly name is owned and licensed by Keene, N.H.-based C&S Wholesale Grocers, which does not operate any Piggly Wiggly stores but instead licenses them to individual store owners across the Midwest, mid-Atlantic and Southeast.

Bullard said the Piggly Wiggly operators in the Alabama co-op are holding their own in a challenging environment. Although about three or four locations closed in the past year, at least that many new locations are slated to open in the near future, including two stores converting to the Piggly Wiggly banner in the first quarter and three more under construction from the ground up.

“The industry is an interesting place right now, but in our area, the Piggly Wiggly banner is remaining stable,” said Bullard. “We have had a small handful of Piggly Wiggly stores close or perhaps change ownership and become another store, but we've also got new stores coming and organic growth with our current operators.” Bullard estimated that while volumes of some stores were up in the past year, overall sales of co-op members have been down about 0.5% to 1%, which compares favorably with many supermarket operators that have struggled in a prolonged deflationary environment.

In addition to a focus on price, Piggly Wiggly stores in the region are also known for having a high-quality meat program featuring Certified Angus Beef, Bullard said.

“Oftentimes the meat cutter at Piggly Wiggly is the most popular man in town,” said Bullard. “I’ve heard people say a thousand times, ‘I shop Piggly Wiggly because of the meat.’”

Increasingly, Piggly Wiggly operators are also embracing e-commerce through delivery partners such as Shipt in the Birmingham, Ala., area. In addition, about 40 stores have adopted a click-and-collect program offered through the co-op.

Meanwhile the Piggly Wiggly banner has also remained strong in Wisconsin, where Piggly Wiggly Midwest operates and serves 101 locations (including three in Illinois), according to its website.

“Some of our successful operators are building some nice ground-up locations, so we're looking forward to a volume bump from that,” he said. “We’ve got stores getting into the e-commerce business, and they are doing a great job with their private label business.

“We're happy to be — hopefully — leaving deflation behind us, and hopefully with the economy picking up, that will help as well.”