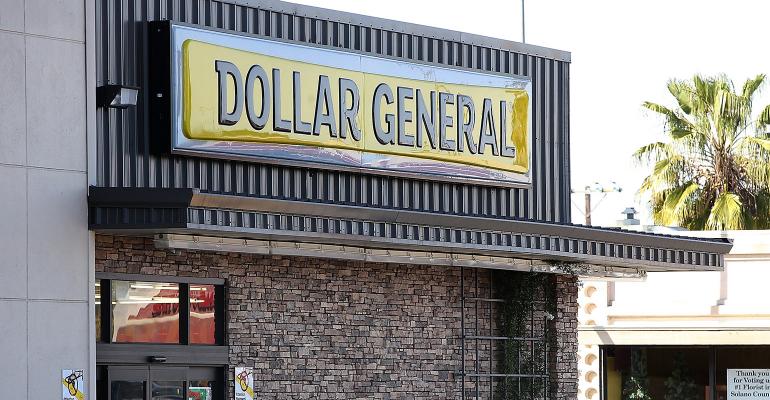 Comps up, traffic rebounds in Q2

The Goodlettsville, Tenn.-based retailer said it had completed approximately 185 store remodels through the end of its fiscal second quarter — around a third of which include a test of fresh produce. In keeping with the chain’s emphasis on consumables as a driver of traffic and larger baskets, CEO Todd Vasos said the remodeling has been focused on older stores with fewer than 10 cooler doors, adding an average of around seven new doors per location.

“While it's still early, initial remodels are yielding strong same-store sales improvement,” Vasos said. “Over time, we believe that the lessons learned from these 300 or so remodels have the potential for broader application across significant portions of our store base as we refine our criteria to remodel with this new cooler expansion.

“We believe that, overall, this could be a real win for Dollar General and for our consumers, because what it does is it offers our consumers items such as produce, expanded fresh, frozen and dairy-type products, as well as expanded areas of dry grocery, as well as some of our non-consumable areas,” he added.

Vasos made those remarks in a conference call reviewing financial results for the fiscal second quarter, including that same-store sales for the quarter came in slightly ahead of expectations as shoppers — enticed by heavier promotions —helped improve store traffic for the first time in more than a year.

Subsiding effects of deflation and SNAP benefit reductions also supported healthier sales figures in the period, officials of the discounter said. For the period, which ended Aug. 4, sales increased 8.1% to $5.8 billion and same-store sales grew by 2.6%. Traffic was positive for the first time since the first quarter of 2016. Analysts were expecting 1.6% comps.

Net income in the meantime declined by 3.8% to $294.8 million, which officials said reflected investments in higher salaries for store managers and investments in promotional pricing triggering a quarterly decline in gross profit margins of 47 basis points to 30.7% of sales.

Vasos said the investment in higher salaries for store managers has both reduced turnover of existing managers and drawn better outside candidates for manager openings.

“While internal promotions continue to be a great source of store managers who know our culture and processes, we have been able to attract experienced leaders from sectors of retail that assimilate well to our model and culture,” Vasos said. “The stores with these new external hires are seeing improved results in associate turnover and positive impacts to same-store sales.”