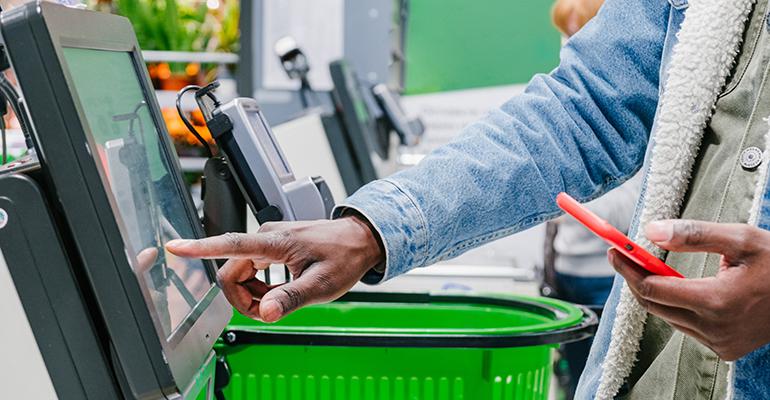 Getty Images
Despite some softness in the third quarter of 2022, the grocery category showed strong weekly traffic gains almost every week of Q4 when compared to the pre-pandemic traffic of 2019.
News>Retail & Financial

The research firm attributed the declines in part to the exceptionally strong performance these retailers had in the last few months of 2021, as pent-up demand drove shoppers back to stores and pandemic concerns eased. These retailers all showed Q4 gains when compared with the pre-pandemic traffic of Q4 2019, according to the Placer.ai foot-traffic data:

Grocery traffic trends improved in the fourth quarter of 2022 compared with the third quarter, however.

Among the leading grocery chains, Aldi and HEB both saw increased traffic in the fourth quarter, compared with 2021. Placer.ai attributed Aldi’s gains in part to new-store development, while HEB’s growth could be attributed to population gains in Texas. Publix, Safeway, Albertsons and Kroger all saw traffic declines in Q4, compared to a year ago.

Placer.ai noted that Kroger’s growth in online orders and fulfillment indicate that the company remains strong despite the dip in store traffic relative to 2021 and 2019.

Despite some softness in the third quarter of 2022, the grocery category showed strong weekly traffic gains almost every week of Q4 when compared to the pre-pandemic traffic of 2019. The weeks before Thanksgiving saw particularly strong gains, which Placer.ai said could be attributed to home cooks getting an early start on holiday shopping.

The week before Christmas also saw a spike in traffic, with visits up 14% compared with 2019 for the week of Dec. 19. The massive snowstorms that were looming across the Midwest and Northeast may have contributed to stock-up trips during that time period.

Among the superstores and club stores, all showed traffic declines in the low- to mid-single digits in Q4 2022, compared with Q4 2021, although most were up relative to 2019:

Placer.ai noted that although Walmart had less foot traffic, visits tended to last longer in 2022.

“The longer visits could mean larger baskets, which may attenuate some of the effect of the foot traffic drop,” the report concluded.

Meanwhile, compared with 2019, discount and dollar stores saw double-digit gains in foot traffic in almost every week of the fourth quarter of 2022, which Placer.ai attributed in part to the aggressive store development of some of the leading players.

“As consumers continue looking for ways to adjust their shopping habits to the ongoing inflation, the discount and dollar store sector appears well positioned to maintain their visit gains going into 2023,” the report concluded.

For the full year, traffic was up 2.8% at dollar stores compared with 2021, while year-over-year traffic fell 0.6% at grocery stores and 0.2% at superstores.