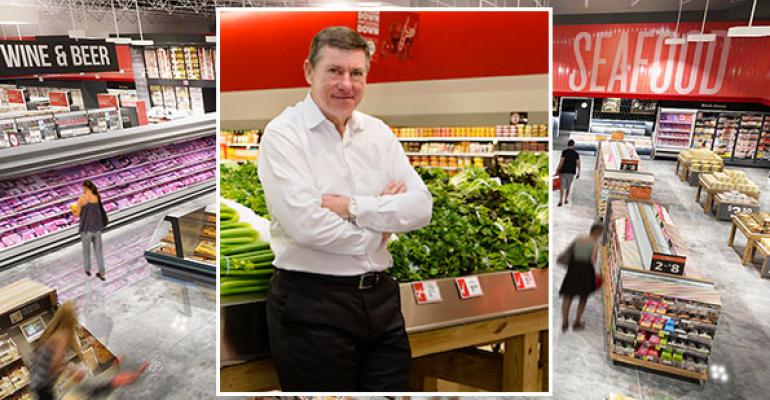 I think in grocery retail you have to reinvent yourself every four or five years. And I think Winn-Dixie in the past had been guilty of not focusing on that reinvention piece. &mdash; IAN MCLEOD

In the 11 months since being named CEO of Southeastern Grocers, Ian McLeod has embarked on a major efficiency program helping to fund a $70 million pricing investment; rallied merchants and operators around new products and higher standards; and most recently, brought a store back from the dead. But he’s only getting started.

In an interview with SN Thursday, the Scotland-born McLeod told of how a perspective forged over decades of international experience — including a turnaround in Australia, a failure in Germany and a stint as CEO of an international soccer club — is guiding his approach in the U.S., where Southeastern operates 750 stores under the Winn-Dixie, Bi-Lo and Harveys brands. 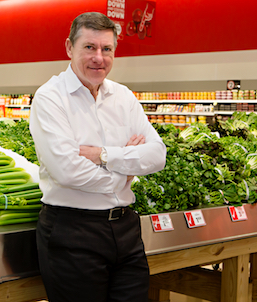 Southeastern has long battled subpar sales and financial challenges — both Bi-Lo and Winn-Dixie endured bankruptcies in the last decade, and debt to EBITDA ratios aren’t where they should be, sources say— but with resilient brands in strategic and fast-growing Southeast markets, it remains an intriguing property in food retailing.

Owned by the hedge fund Lone Star Funds, Southeastern pursued, then dropped, an IPO before McLeod’s arrival last March, and has been the subject of takeover speculation from names like Kroger and Ahold.

Following is a transcript of the interview held during opening events for Winn-Dixie’s Baymeadows store in Jacksonville, Fla.— a store that was dark for five years but reopened this week with dramatic flourish.

SN: Was the plan to reopen this store in the works before you arrived or was it something you spearheaded?

Ian McLeod: This particular facility opened in 2003, and closed in 2010. I was actually visiting another store a few miles from here when the store manager said to me, ‘You should really reopen that store down the road.’ I said ‘Which store?’ He pointed me in the right direction. I drove up, peered in through the window and had a look.

I decided to do some research around why we closed this store in the first place, then looked into the demographics and found that the population grew by 50% in the last five years. I felt we could try to do something a little different here. And from there it came about pretty quickly, six months.

SN: So this was a unique opportunity to have a site just sitting there. If that hadn’t been the case would we have seen this kind of store at another site?

McLeod: I think in grocery retail you have to reinvent yourself every four or five years. And I think Winn-Dixie in the past had been guilty of not focusing on that reinvention piece.

SN: When you came on board one of the things we struggled with was whether it was fair to call the job a “turnaround” because sales weren’t necessarily in a free fall. How do you see it?

McLeod: The business was still performing, but I think the owners felt they could try to move it along and make a broader change and that’s what I want to try and do. I came in and looked at some stores before I took the job. I was grateful for that opportunity. All I saw in the stores were opportunities to improve. That’s what I like to do. I’ve done it in other places in my career internationally. And I get a lot of personal satisfaction out of creating the right environment, creating the right people, creating the right culture and driving on to improve the business on the back of it. I felt there was an opportunity to do that here.

SN: How is this situation at Southeastern any different than those you’ve been involved with previously? What things are the same?

McLeod: To my mind, regardless of where you are in the world, customers are looking for the same thing. They want great quality fresh food. They want great service and competitive prices. That doesn’t change. What does change is how you deliver that. The tastes are quite different on a region by region basis. We can’t assume that what you’d learned in one country is going to work elsewhere. You learn as you go.

I worked for Walmart for three or four years earlier in my career in Walmart Germany. I could see there was the best of intentions, but actually it wasn’t focusing enough on what that particular customer wanted. That demonstrated to me that you have to always focus on the local needs of your customers.

SN: One of the areas in which you’ve made news is in pricing: A $70 million investment in lower prices in 3,000 SKUs in November, and now an extended discount campaign [Down Down, which began last month]. How do you pay for that?

McLeod: It’s a good question. What we’re trying to do is drive higher levels of efficiency. Part of the opportunity I saw when I first came in was the opportunity to improve our productivity and our overall control, and I felt as though we could drive improve profits that way. That gives you a pot of money you can invest in lower prices.

SN: Those programs have been running together for only a few weeks. But have you seen appreciable impact in terms of store traffic or basket size?

McLeod: We’re very encouraged by the customer response. We did research that told us that regardless of where the customer shopped, they wanted lower prices. We think we’ve brought that, and also brought it to customers in an engaging way through our marketing program, making it memorable. The key point we’re trying to get across when we bring prices down -- and staying down -- is not that it’s a long term promotion. It’s a step change in terms of how we approach pricing.

SN: How would you describe the company’s financial performance overall?

McLeod: We’re a private company and I can’t go into specific details, but I can say the owners are looking for improvements in the overall performance but they like the direction we’re taking it strategically and they’re supportive of that. So we’re starting to see some improvements coming through the business, as people respond to the changes we’ve been making.

Clearly there’s a long way to go, and a lot of changes that still need to occur. It’s great to land a store like this, but it’s only one out of 750. What it does is give us some direction, show us what we’re capable of, and gives us a chance to think about how we can adapt and change some of the things in this store, and take them to other stores. 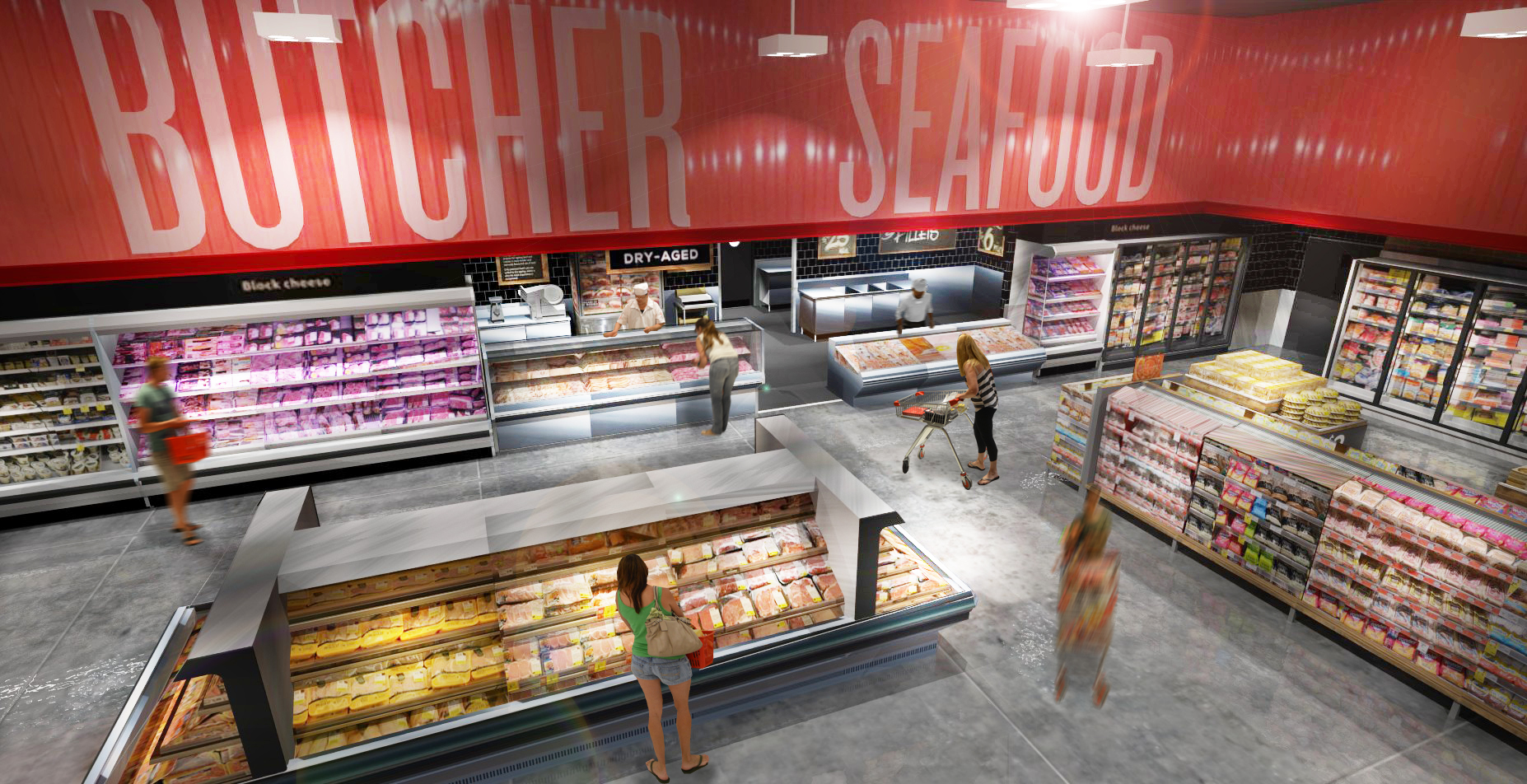 The new Baymeadows storeSN: How does the competitive landscape look to you now? How do you see the impact of a company like Lidl arriving, which may affect some of your Bi-Lo stores?

McLeod: Without a doubt the United States has one of the most competitive grocery markets in the world. You have some very strong national players and very strong regional players. I think what we have to do is recognize that the one-size-fits-all Winn-Dixie and Bi-Lo we had before is something we have to adjust going forward. We have to be a bit more specific about individual markets.

SN: You have 50 remodels on the board for this year?

McLeod: We will move it through in a careful way. We have to be considered about it. We have to make sure we get the right level of economics to get return on our investment, but that’s the plan.

McLeod: It’s never enough! If you have 750 stores you’d like to be doing more. But in any kind of improvement plan for a company you have to work at a pace that the company can actually digest and take on.

And it’s not just about new stores or renewed stores, we’re also improving the operating standards of the existing ones. So we’re not just investing in remodeling of stores but we’re also looking at investing in maintenance programs to make sure our existing store base has the right quality and the right equipment to satisfy our customers’ needs as well.

SN: There was a lot of speculation before your arrival that Southeastern Grocers was for sale, or that you'd do an IPO. What can you tell me about the owners’ vision for the future of the company now?

McLeod: That’s for the owners to decide. My view is that the company has probably had a short-term approach, and needs to maintain a long-term approach. So whether that is looking at the demographics, looking at what areas we operate, focusing on satisfying customers then the outcome of that — an IPO or something else — will be whatever it will be. But we have to have a single-minded focus on doing the best for our customers. if we can do that then that will provide options for us in the future.

SN: You started almost a year ago. Are you where you want to be today? Are you ahead of schedule?

McLeod: You’re never happy with your progress. That comes from being a miserable Scotsman. But I think when you take on board an organization and you start to look at evolving, developing and change, I’m actually very pleased with the way the store operations team has raised the bar on their standards on quality and freshness in the stores; and the focus the merchandising team had had on bringing new products to market and focusing on giving us the opportunity to lower our prices. I think having lower prices, improved operating standards, landing a couple remodels, and planned a new concept — to do all that in the past 10 months, is reasonable.

SN: Tell me about your involvement in pro soccer.

McLeod: I was CEO of the Celtic club in Scotland for two years. They get about 60,000 fans in their stadium every week. We won five trophies in Europe while I was there. It was a great time. We sponsor various sports clubs around the footprint here in NFL, college and in soccer but I’m not directly involved in the administration anymore. This job keeps me fairly occupied.

SN: So if Southeastern Grocers is a soccer game, how many minutes are we in?

McLeod: Given the fact the company started in 1927, it’s been going for a while. But my perspective is we’re very early on. We’re probably in the opening 10 minutes. There’s a way to go, plenty of opportunity to develop further, and score a few goals.