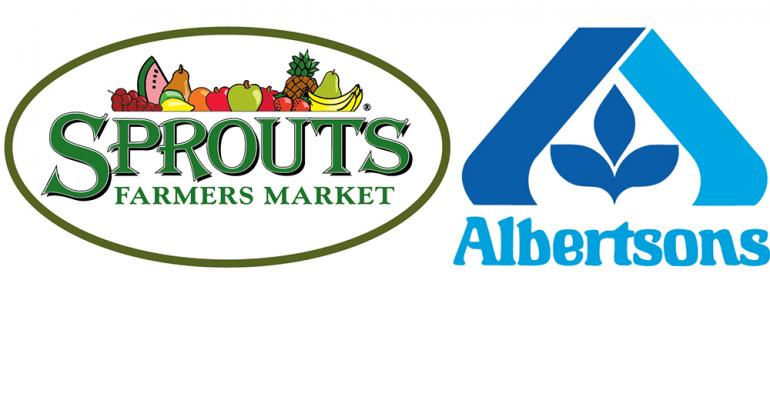 Acquisition would provide growth jolt at a price, analyst says

SN has been unable to immediately verify the accuracy of the Bloomberg report, which cited anonymous sources. Representatives for Albertsons and Sprouts reached by SN Monday separately declined comment. Sources cited in the Bloomberg article said talks have occurred in recent weeks, were preliminary in nature and would not necessarily lead to an agreement.

Talks would highlight Albertsons’ desire to add a growth vehicle to a supermarket-heavy portfolio and gain strategic ground on Kroger, which a year ago made significant investment in Lucky’s Market, a smaller rival of Sprouts. Phoenix-based Sprouts is the largest farmers’ market-style food retailer in the U.S., whose predecessors largely developed the fresh-heavy, price-focused and cost-effective natural/organic concept.

Publicly traded Sprouts posted $4 billion in sales last year and operated 256 stores in 14 states as of late last month. It opened 27 stores in 2015, 36 last year, and has plans to open 32 in the fiscal year that began Jan. 2. Late last week, Sprouts stock climbed suddenly without explanation until Sunday’s Bloomberg report.

Albertsons under Cerberus’ control has grown through multiple acquisitions of traditional supermarkets including Safeway, former A&P stores and Supervalu. It has filed for an initial public offering but has not begun trading due to slow market conditions. Industry growth has slowed in the meantime as a result of food price deflation and a heightened competitive environment. It’s latest S-1 filing in early December showed comps had turned negative by 2.1% in its third quarter.

Late last year Albertsons was said to be in talks to acquire Golub Corp., which operates Price Chopper, but talks broke down before a deal could be made.

Albertsons and Sprouts operate competing concepts in many markets including California, Nevada, Colorado, Arizona and Texas.

Chris Mandeville, an analyst at Jefferies, in a research note early Monday said the “logic of a deal makes sense in our view,” but added the price could be high.

“As one of the few high-quality growth platforms remaining in grocery and a concept we believe will continue to take market share, we understand the PE firm's interest, but a buyout won't come cheap,” Mandeville said. “Although shares are up by [nearly] 20% since speculation began, Sprouts is in a position of strength and a deal isn't needed for long-term success in our view; we see further upside if a buyout is ultimately announced.”