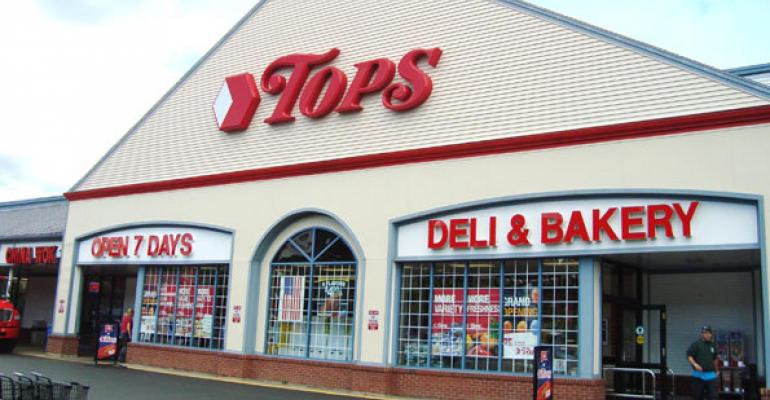 Tops Friendly Markets could file for Chapter 11 bankruptcy protection as early as next month, according to a Bloomberg report over the weekend.

The report cited people familiar with the situation who were not identified and said the company's debt load and intense industry competition are behind the potential filing.

Tops, based in upstate Williamsville, N.Y., operates 178 stores in the Northeastern United States and employs more than 15,000 people.

Sales dropped for Tops when the U.S. government cut food stamp subsidies, whose users account for 10% of the chain's annual revenue, according to the Bloomberg report.

Tops has not yet commented on the report; however, the head of the union representing more than 12,000 Tops employees issued a statement on Sunday.

Frank DeRiso, president of UFCW Local One said: "Since mid-January, UFCW Local One has been consulted by our legal team consisting of health care, pension and 401(k) attorneys and an attorney that specializes in restructuring and bankruptcy filings. We have additional meetings set up this coming week to discuss more strategies to hit this situation head-on."

Editor’s note: This is a developing story and we will update it as information becomes available.