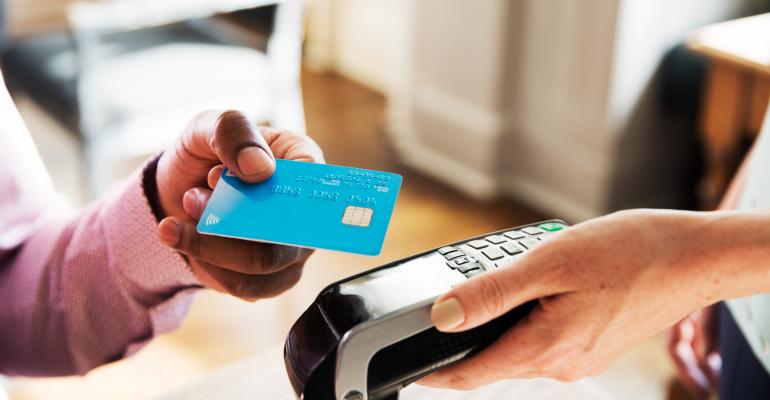 Merchants are lobbying legislators to get relief from credit card fees

In the latest salvo in the battle between over transaction pricing between retailer organizations and payment card processors Visa and Mastercard, the Merchants Payments Coalition (MPC) is now asking lawmakers to pass legislation that would allow additional payment networks to process bank card transactions — a move the MPC hopes will create competition and potentially lower the pain of credit card swipe fees.

The act would allow at least two unaffiliated networks to process credit card transactions that carry the Visa or MasterCard brand, such as American Express, Discover, NYCE, Star and Shazam. It excludes networks that foreign governments support.

A recent letter sent to all members of the U.S. House and Senate by the MPC and signed by more than 1,800 retailers nationwide requests that the legislators support the “Credit Card Competition Act,” sponsored by Sen. Richard Durbin, D-Ill., Sen. Roger Marshall, R-Kan., Rep. Peter Welch, D-Vt., and Rep. Lance Gooden, R-Texas.

The card-issuing banks would select the additional networks with merchants deciding which processors will support each transaction. The move will require networks to compete over fees, security, and service. A separate letter was signed by 236 state and national trade associations representing merchants.

The bill would apply only to financial institutions with at least $100 billion in assets, which is about 30 of the nation’s largest banks and one credit union and would have no impact on community banks or small credit unions, the MPC stated.

Both letters note that big banks and card networks like Visa and Mastercard charge merchants more than 2% of the customer’s total bill for each credit card purchase and that transaction fees have more than doubled over the past decade, including 25% last year to a record $137.8 billion.

“Swipe fees have been able to rise so much because of lack of competition,” the association letter stated. “Visa and Mastercard control more than 80% of the credit card market. And unlike with debit cards, they block their competitors from handling many credit transactions. They restrict processing to their own networks, prohibiting competition from innovative independent payment networks that offer both lower fees and better security.”

The bank card fees are most merchants’ highest operating cost after labor and drove up consumer prices by about $900 for the average family last year, according to the MPC.

“These fees have a tremendous impact on retailers and their customers,” said Jennifer Hatcher, chief public policy officer for the Arlington, Va.-based Food Marketing Institute (FMI). “Most supermarket retailers report that these fees are either their second or third highest expense after labor or labor and rent. Because the profit margin in supermarket retail is so low and these fees often exceed the profit margin, they must be passed on to consumers.”

While she said it is not clear how much swipe fees will drop from opening processing up to unaffiliated networks, Hatcher stated that “competition is likely to improve the situation just as it did in 2011 after it was put in place for debit transactions. We expect that fees will decrease, and that security and technology will improve if competitors are allowed to enter this space, just as competition has done in so many other areas of our business.”

The EPC noted in a statement that the interchange fees paid by retailers to card issuers funds security innovations and the “Credit Card Competition Act can’t reduce one without diminishing the other. Providers wouldn’t have the interchange revenue to invest in the protections and innovations that cardholders deserve.”

In addition, the EPC said that forcing consumers, banks, and small financial institutions to have their cards processed on additional networks would require reissuing credit cards to all cardholders, “which alone would cost billions of dollars. The change would also force credit card networks and issuers to cede their routing technology to their competitors, disincentivizing investment in payments security and innovation.”