Rite Aid
More store closings are in the offing beyond the 63 already identified as Rite Aid reviews its brick-and-mortar base.
News>Retail & Financial

In line with its “omni-pharmacy” vision, Rite Aid aims to shut 63 drugstores under a re-evaluation of its brick-and-mortar retail base.

Rite Aid unveiled the store closure plan yesterday in reporting fiscal 2022 third-quarter results. The Camp Hill, Pa.-based drug chain said the first closings began in November, and the company expects to raise the number of stores to be shuttered over the next few months as it wraps up its review.

“We are relentlessly focused on three things: growing our business, reducing costs and improving our leverage ratio, all of which we believe will drive shareholder value,” Rite Aid President and CEO Heyward Donigan told analysts in a conference call on Tuesday. “To that end, and as we announced this morning, we are rigorously assessing our store base and executing a store closure plan to reduce cost, drive and improve profitability and ensure we have a healthy foundation to grow our omni-pharmacy firm, including the right stores in the right locations for the communities we serve and for our businesses. 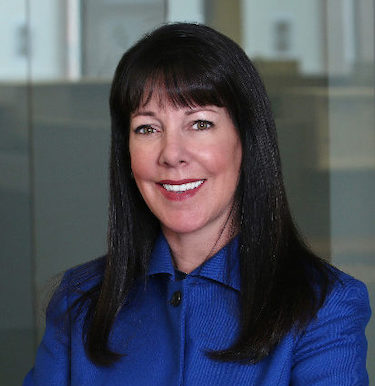 "There is some level of just how much store do you need if you’re an omni-pharmacy." — Hayward Donigan, Rite Aid CEO (Photo courtesy of Rite Aid)

“We’ve identified 63 stores for closure that we expect to provide an annual EBITDA benefit of approximately $25 million,” she said. “This review will continue, and we would anticipate this closure number and related EBITDA benefit to grow as we finalize these efforts over the next several months.”

In recent years, Rite Aid has been transitioning from a retail- to a health care-focused business, now focusing primarily on drive growth through its Elixir pharmacy benefits management (PBM) and services subsidiary, in both physical and digital channels.

A couple of failed mergers, plus changing economics in the pharmaceutical industry, helped spur the strategy shift. Shareholder pressure led Rite Aid and Albertsons Cos. to kill their $24 billion merger deal in August 2018. That decision came after the Federal Trade Commission in June 2017 derailed a $17 billion agreement by Walgreens Boots Alliance to acquire Rite Aid. To gain FTC approval, the companies downsized their deal to the sale of 1,932 Rite Aid stores to Walgreens. The transaction cut Rite Aid’s drugstore base by more than 40% and hampered its ability to compete with much bigger rivals CVS Health and Walgreens.

The appointment of Donigan — with more than 30 years of health services experience — as chief executive in August 2019 further delineated Rite Aid’s health care course, though the company has continued to actively update its stores and in late 2021 added 67 retail pharmacies via the acquisition of Seattle-area drug chain Bartell Drugs. 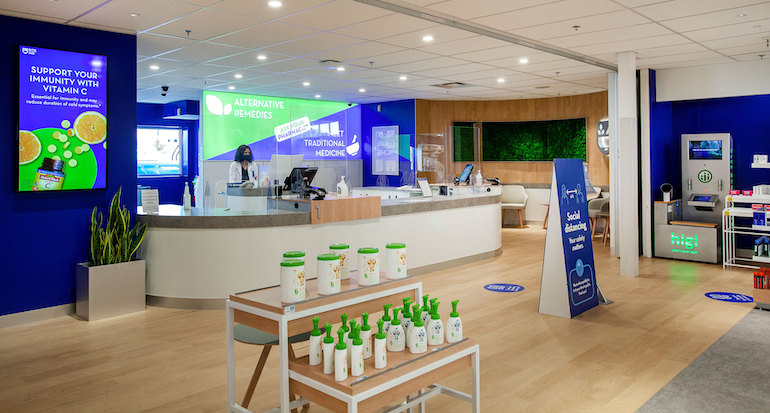 Rite Aid has continued to actively upgrade its stores, including with nontraditional pharmacy concepts.

“There is some level of just how much store do you need if you’re an omni-pharmacy,” Donigan said in the analyst call, pointing to the potential growth offered by digital channels.

“For example, in New York City, you have a company like Capsule who has a virtual pharmacy — no stores — and just delivers the drugs all over the city. We do that ourselves. We don’t promote that. We don’t think about that. Maybe people don’t think about that for us. But from every pharmacy that we have in New York City, we can deliver to you and any of the five boroughs, and you can order a prescription from us digitally on our app,” she explained. “So the notion of omni-pharmacy — what we’re really getting at — does not require that you have as much real estate. We do want to continue to have stores, because many people do want to go to a store to engage with a pharmacist and to pick up other items. But we have seen so much growth in our delivery service that that leads us to believe this is really a great opportunity.”

Overall, Rite Aid now operates more than 2,400 retail pharmacy locations in 17 states. Chief Operating Officer James Peters, who joined the company in October 2019, told analysts that various factors are being weighed in paring the store base.

“We’re looking at a full fleet of stores, and you can imagine the ways that we may rank those in terms of where we focus first,” Peters said in the call. “We also look at market-to-market because market dynamics are obviously important as well, as it relates to reimbursement, the presence of regional health plans, competitive environment, etc. So our goal is really to maintain access in our communities and make sure that we’re not overstored. And I think the benefit that we had as we came in as a new leadership team is to recognize that we did have an opportunity to rationalize the fleet in a way that provided a much stronger base from which we can grow.”

For the third quarter ended Nov. 27, Rite Aid totaled revenue (continuing operations) of $6.23 billion, up 1.8% from $6.12 billion a year earlier. Retail pharmacy segment revenue climbed 7.9% to $4.43 billion, with comparable-pharmacy sales up 4.4%. The latter reflects year-over-year gains of 0.4% in the front end (+1% excluding tobacco products) and 5.9% in the pharmacy. Prescription count, adjusted to 30-day equivalents, rose 7.9%.

Revenue in the pharmacy services segment, including the 3.7 million-member PBM, fell 10.8% in the quarter to $1.86 billion, mainly due to a planned decrease in Elixir Insurance membership and a previously announced client loss, the company reported.

With the store closings under way, Rite Aid said affected associates will be able to transfer to other locations.

“The decision to close the stores is one we take very seriously as we evaluate the impact on our associates, our customers and our community,” Donigan said. “First and foremost, we work hard to ensure the transfer of prescriptions is automatic and seamless for our customers and that all their prescription needs are met. Importantly, associates impacted by these store closures are being offered the opportunity to transfer to another store. These tough decisions allow us to ensure our company continues to thrive and provides us the opportunity to continue to invest in and drive our omni-pharmacy strategy.”

Rite Aid’s store closure announcement comes less than a month after CVS Health said it plans to shut about 900 CVS Pharmacy drugstores over the next three years as the company sharpens its focus on omnichannel health care. With the move to shrink its retail footprint, CVS also is shifting its retail business to a dual-leadership structure.