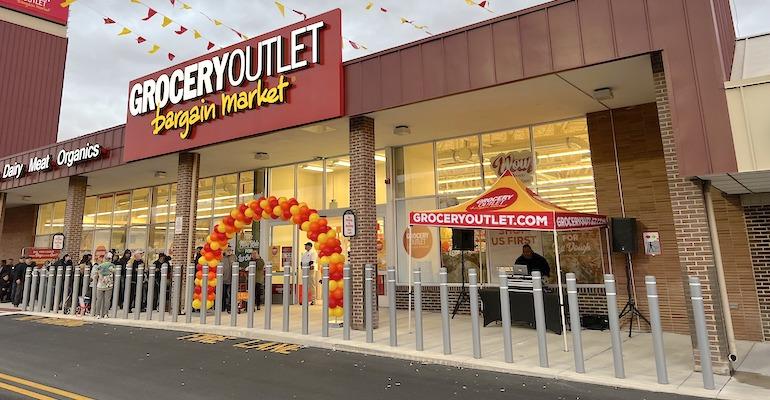 Plans call for Sheedy, currently president, to add the chief executive title on Jan. 1, taking the reins from Eric Lindberg, who will become chairman, Emeryville, Calif.-based Grocery Outlet said yesterday after the market close. With the change, current chairman Erik Ragatz will shift to the role of lead independent director. Sheedy also will join the company’s board. 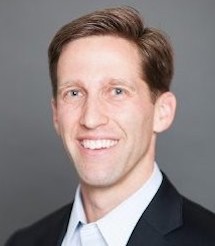 "I am honored to serve as the next CEO of Grocery Outlet, succeeding Eric, who has demonstrated great leadership and vision. The company has experienced tremendous growth and transformation during his tenure, and I look forward to working with Eric for many more years to come,” Sheedy (pictured left) said in a statement. “For over 10 years, I have had the privilege of working with the incredibly talented and committed group of independent operators and employees at Grocery Outlet. I am excited to continue working closely with them to provide even better value to our customers and extend our mission of ‘Touching Lives for the Better’ in both existing and new geographies.”

Grocery Outlet noted that, during his tenure at the company, Sheedy has served in leadership roles overseeing purchasing, marketing, supply chain and strategy.

“There is no one better to lead Grocery Outlet into the next chapter of growth than RJ Sheedy. He is a strong business leader who takes a long-term strategic approach, which will position Grocery Outlet for continued success,” Lindberg commented. “RJ’s leadership style exemplifies our culture and values, he is passionate about the business, and his relentless pursuit of excellence resonates with and inspires our team. I am immensely grateful for the opportunity to have led this remarkable group of people for the past 17 years, and I look forward to working closely with RJ and the management team in my future role as chairman.” 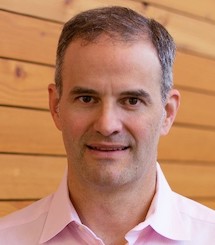 Lindberg (pictured left) became CEO in January 2019 after serving as co-CEO with cousin MacGregor Read, the grandson of Grocery Outlet founder Jim Read, since 2006. Read retired this past September. Lindberg joined Grocery Outlet in January 1996 as director of nonfood procurement and then was promoted to vice president of purchasing in January 2001 before his elevation to co-CEO five years later. He has served as a board member since January 2006.

“On behalf of the board, I want to thank Eric for his outstanding leadership and unwavering commitment to Grocery Outlet and our employees, independent operators, customers and communities,” Ragatz stated. “Under his stewardship, the business has experienced remarkable success and remains well-positioned for continued growth. As president, RJ has been instrumental in that success and in guiding the company’s long-term strategic vision. RJ is a respected leader throughout the company, and we are confident that he is the best person to lead Grocery Outlet through this exciting next phase of growth.”

For the quarter ended Oct. 1, net sales jumped 19.4% to $918.2 million from $768.9 million a year ago, Grocery Outlet reported Tuesday after the market close. Comparable-store sales surged 15.4% year over year and were up 20.2% on a three-year stack, going back to the pre-COVID period.

Analysts, on average, had projected adjusted EPS of 26 cents, with estimates ranging from a low of 24 cents to a high of 30 cents, according to Refinitiv.

“I’m extremely pleased with the results we delivered and the continued momentum in our business, especially the uptick in transaction count,” Lindberg said in a statement. “Our value offering is clearly resonating with an increasing number of families looking for ways to stretch their dollar to offset the impact of inflation on their lives.” 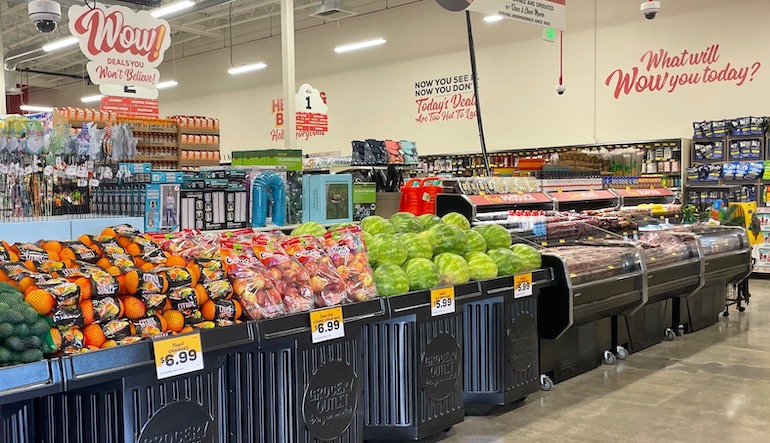 Grocery Outlet has translated its treasure hunt shopping experience to the online realm in expanding delivery partnerships with Uber Eats, DoorDash and Instacart.

The expansion comes after Grocery Outlet piloted same-day delivery via Uber Eats at 72 stores in six states this past spring.

“By expanding our partnership with Uber, we are able to reach more customers with our assortment of high-quality, name-brand products at industry-leading values,” according to Sheedy. “We are excited to extend our treasure hunt experience outside the four walls as we carry out our mission of touching lives for the better and our vision of being the first choice for bargain minded consumers.”

Grocery Outlet, whose retail model relies on value pricing and a treasure hunt shopping environment, entered the online grocery arena only late last year. In October 2021, the self-described “extreme value” grocer unveiled a 68-store online grocery delivery pilot with Instacart in California, a couple of months after the retailer disclosed that it was in talks with potential e-commerce partners.

This past April, the retailer said it had expanded Instacart same-day service to nearly 400 stores in California, Oregon, Washington and Pennsylvania. Then in a May conference call on fiscal 2022 first-quarter results, Lindberg told analysts that the chain was readying to launch pilots of Uber Eats and DoorDash delivery service, and on May 19, Grocery Outlet announced the Uber Eats pilot. Then in mid-August, the retailer said it has partnered with DoorDash to provide same-day grocery delivery from 398 stores in eight states.