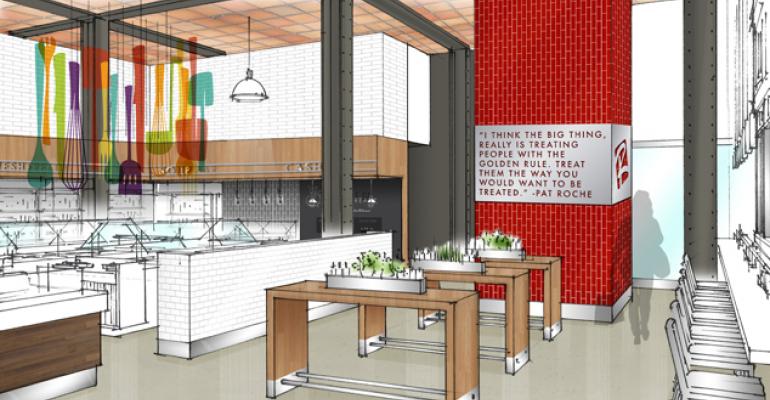 <p>Renderings of the new Roche Bros. store to be built at the historic Burnham Building in downtown Boston.</p>
News>Retail & Financial

Roche Bros. has begun construction of a new store to be located at the iconic Millennium Tower/Burnham Building in Boston’s Downtown Crossing.

The store, at the site of the famed Filene’s Basement department store, will serve a growing residential base and be the first large scale grocery store to serve the area, Roche officials said. The 25,000-square-foot store is scheduled to open early next year.

“Roche Bros. roots are deeply embedded in Boston, beginning with our first store opening in Roslindale in 1952,” Gary Pfeil, president of Roche Bros., said. “As a second generation locally owned and operated family company, we are so proud to be a part of revitalizing the Downtown Crossing neighborhood and the redevelopment of such an iconic building. Nearly every Roche Bros. associate has memories of shopping in Filene’s Basement and we are all so energized to serve the community through our new flagship location in downtown Boston.” 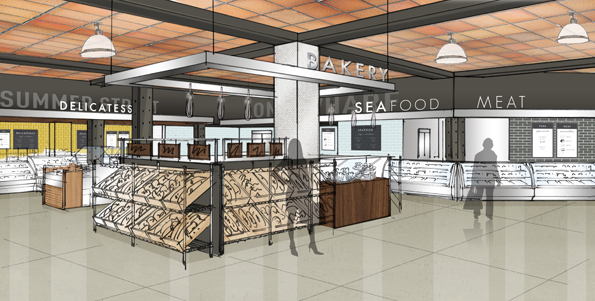 The new flagship supermarket will feature 3,000 square feet of street level retail and 22,000 square feet in the historic Filene's Basement. Roche said the store would offer a curated assortment of merchandise suited to the unique needs of the downtown customer, from prepared food, flowers and artisan cheeses to household basics.

Leading Roche Bros.’ efforts to provide customers with just the right assortment of merchandise at Downtown Crossing are the newly appointed Brian Buckley, senior director of perishables, and Jerry Cedrone, senior director of non-perishables. These new roles were created to ensure senior management attention to providing an innovative and on-target product offering for the flagship store.

The renovation of the Burnham Building, originally completed in 1912 for Filene’s and the only structure in Boston designed by legendary Chicago architect Daniel Burnham, began in summer 2013.