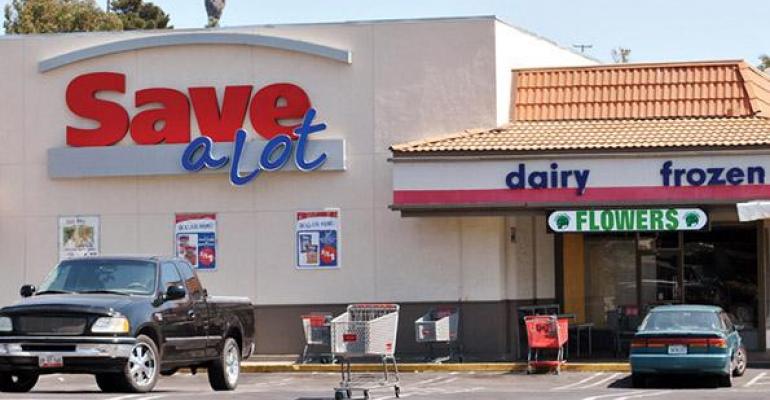 Supervalu said Monday it has entered into an agreement to sell Save-A-Lot to an affiliate of the private equity firm Onex Corp. for $1.365 billion, ending more than a year of speculation as to the fate of the substantial but struggling discount business.

The deal, subject to customary closing conditions, is expected to be complete by Jan. 31 of next year. In addition, Supervalu said it had entered into a five-year professional services agreement with Onex whereby it would continue to provide support functions for Save-A-Lot's day-to-day operations, including cloud services, merchandising technology, payroll, finance, and other technology and hosting services.

The deal continues Supervalu's reformation into a wholesale-focused company while giving Save-A-Lot an opportunity to continue an ongoing reformation as a private company, officials said.

“Today’s announcement is the result of a thorough process to maximize the value of the Save-A-Lot business and best position Supervalu for future success,” Jerry Storch, Supervalu's non-executive chairman of the board, said in a statement. “Supervalu is successfully executing on its long term strategic vision and positioning the company for continued growth and value creation. We are confident that this transaction will create exciting opportunities for both Supervalu and Save-A-Lot.”

“Save-A-Lot provides its customers with measurable savings and is differentiated among its competitors in a growing segment of the industry,” Matt Ross, a managing director with Onex, said in a statement. “We are excited to partner with the management team at Save-A-Lot, along with its licensed store owners, to enhance the company’s operations and support its growth for years to come.”

“This is an exciting development in the history of Save-A-Lot,” Eric Claus, Save-A-Lot’s CEO, added. “As an independent company, we can more effectively focus on our growth and operating objectives. Onex’s experience and successful investment track record, specifically in corporate carve-outs, positions it as a strong partner for us, and we look forward to working with them.”

Supervalu, Minneapolis, announced more than a year ago that it was exploring a spinoff of Save-A-Lot to a private company that would have been controlled by Supervalu shareholders, but officials said more recently that it would also entertain bids for an outright sale. Reuters reported late last month that Toronto-based Onex was a leading candidate to acquire the business, but pegged its value at $1.8 billion. Bill Kirk, an analyst with RBC Capital Markets, had previously prepared a "sum of its parts" analysis valuing Save-A-Lot at a range of $1.25 to $1.7 billion.

Supervalu's opportunity to spin off the company may have been limited by sector-wide valuation declines and by its recent struggles, sources said.

Save-A-Lot, which accounted for about one-third of Supervalu's business, has been hit especially hard by reduced SNAP benefits and product price deflation pressuring same-store sales, officials said. An ongoing transformation plan under Claus this summer caused near-term pressure as sales slowed in the midst of multiple store layout changes, they added.

Earth City, Mo.-based Save-A-Lot owns and operates 472 corporate stores, and services and supplies another 896 licensee-owned stores across the country. Stores range in size between 15,000 and 20,000 square feet, and provide a limited selection of national and exclusive store brand products with a focus on its fresh offerings at discounted prices.

Supervalu said proceeds from the deal would be used to prepay at least $750 million against its outstanding term loan balance. The company said it intends to use the remaining net sale proceeds to further reduce debt and improve its capital structure, as well as to fund corporate and growth initiatives.

"With the separation of Save-A-Lot, Supervalu can now focus on its core wholesale business and is less exposed to the macro deflationary headwinds, which had an outsized impact on Save-A-Lot," Kirk said in a research note Monday. "Supervalu's recent slowdown was led by customer losses, deep deflation, and increased competition. The intensified macro and competitive pressures were most felt at Save-A-Lot as it over indexed in lower-end cut beef and dairy and its significant exposure to the Southeast where more competitor resources are being deployed and new competitors are entering."

“The sale of Save-A-Lot is another important step in Supervalus's transformation," Supervalu CEO Mark Gross said in a statement. "It provides us with a stronger balance sheet that will allow us to further build on our core strengths and growth opportunities. It has been a pleasure to work with the Save-A-Lot team, and, once this transaction is completed, I look forward to continuing to work with them as one of our largest professional services customers.”