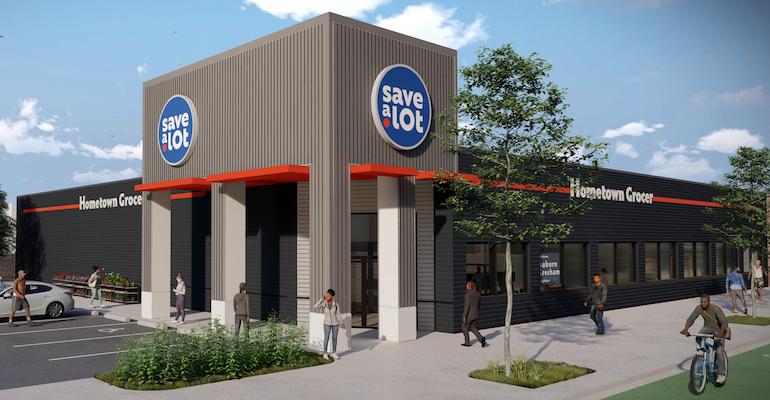 Yellow Banana LLC, an owner and operator of several Save A Lot locations in Chicago, has secured a $13.5 million grant to invest in significant upgrades to six stores and the reopening of another store.

Related: Save A Lot divests another half-dozen stores

Remodels are slated begin this fall, with completions and the reopening of the Auburn-Gresham neighborhood store at 7908 S. Halsted, which had closed in 2020, expected by the end of this year.

Yellow Banana was awarded the Community Development Grant from Mayor Lori Lightfoot and the city of Chicago. The grant will combine with Yellow Banana financing and funding to bring $26 million to the project in the city’s South and West sides.

Related: Save A Lot sells 32 stores as part of wholesale business shift

“We are exceedingly grateful to Mayor Lightfoot and the city of Chicago for this generous grant and their investment in the South and West Side neighborhoods of Chicago,” Michael Nance, co-founder of Cleveland-based 127 Wall Holdings, said in a statement. “We know how critical access to high-quality food at affordable prices is in many of these neighborhoods — I myself having been raised in a community with many similarities — and we are honored to be able to serve them. By updating these stores both inside and out and continuing to source fresh, affordable food at prices working families can afford, we can deliver a dignified, first-rate shopping experience for local families. We are committed to the wider Chicago community and look forward to finding even more ways to better serve those who live here.”

Yellow Banana currently owns and operates 38 stores under the Save A Lot banner across the Chicago, Cleveland, Milwaukee, Jacksonville and Dallas metropolitan areas.

“Mayor Lightfoot’s administration has made good on their promise to partner with private enterprise and invest in the City’s underserved but deserving neighborhoods,” commented 127 Wall Holdings co-founder Ademola Adewale-Sadik. “We are excited to deliver a repositioned grocery experience to our customers, colleagues and communities. Our work has just begun.”

In late November, St. Louis-based Save A Lot announced that Yellow Banana LLC acquired four Save A Lot stores in Jacksonville, Fla., and four in Dallas. That followed Yellow Banana’s purchase of 32 Save A Lot supermarkets in the Cleveland, Chicago and Milwaukee areas in early September.

“We are thrilled about the city of Chicago's investment in the passionate team at Yellow Banana and the Save A Lot stores they own throughout the city's South and West Sides,” stated Save A Lot CEO Leon Bergmann. “Quality brands at affordable prices are at the heart of Save A Lot's identity, and we are honored to be able to provide that to Chicagoans in underserved communities through our retail partners at Yellow Banana. We’re confident in their ability to maximize the success of their stores by serving the Chicago community and giving these stores, and their customers, the attention and enhancements they deserve.”

Overall, Save A Lot operates 13 distribution centers and serves more than 850 stores in 32 states. Since December 2021, the company has operated under a wholesale business model in which independent grocers own and operate Save A Lot supermarkets via a relicensing program and receive marketing and other support services, including private label. In its hometown of St. Louis, Save A Lot owns and operates 18 stores as a test market for innovations and new programs.