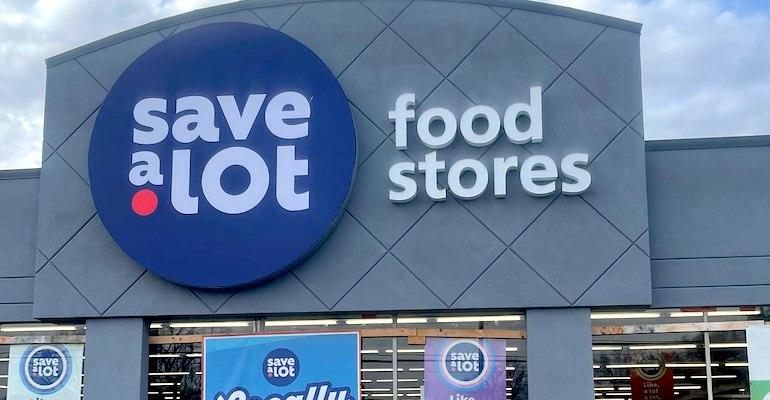 In line with its shift to a wholesale business model, discount grocer Save A Lot has sold 33 stores in metropolitan Orlando to independent grocery startup Ascend Grocery LLC.

St. Louis-based Save A Lot said Thursday that under the deal, completed in December, Ascend Grocery will retain the 400 associates who worked in the affected stores. New York-based Solomon Partners served as financial adviser to Save A Lot for the transaction.

Related: Save A Lot divests another half-dozen stores

Orlando-based Ascend Grocery, incorporated in October, was launched by a team of experienced grocery and investment executives to acquire and open new Save A Lot Hometown Grocer locations in established and new markets.

"I believe we can make a real impact for customers in the greater Orlando area." — Chris Sherrell, Ascend Grocery

Plans call for Ascend to bolster the Orlando-area Save A Lot stores’ selection of locally sourced and ethnic foods as well as expand the variety of fresh and quality produce and meats. Starting this year, all of the stores will undergo remodels to incorporate Save A Lot’s latest branding and format, including new decor, upgraded flooring and lighting, and updated produce and meat cases.

“It’s an honor to partner with Save A Lot. By combining the brand’s great quality and low prices with our understanding of how to provide superior customer service and an outstanding shopping experience, I believe we can make a real impact for customers in the greater Orlando area,” Sherrell said in a statement. “Our passion is in serving customers by creating opportunities for employees and in immersing ourselves within the greater community. Having happy employees who take pride in their work leads to customers having the best shopping experience in town.”

Save A Lot unveiled its strategy to transition to a wholesale business model in December 2020. Under the plans, the company aims to divest more than 300 corporate-operated stores to current and new local retail partners and refocus on distribution and support services, including private label, for independent Save A Lot operators. At the time of the announcement, Save A Lot had 14 distribution centers and more than 1,000 stores in 33 states, with the vast majority of the locations licensed by over 200 independent grocers. Save A Lot said it will retain 21 corporate-operated stores in St. Louis to serve as testing sites for retail partners.

Most recently, this past November, Save A Lot announced the sale of four stores in Jacksonville, Fla., and four in Dallas to Yellow Banana LLC, which previously had acquired 32 Save A Lots in the Cleveland, Chicago and Milwaukee markets, giving the independent operator a total of 38 Save A Lot stores in Ohio, Illinois, Wisconsin, Florida and Texas.

Along with Yellow Banana, Ascend Grocery is now one of Save A Lot’s largest independent storeowners.

“Ascend Grocery is a world-class, high-caliber team of grocers who will bring an extraordinary level of experience to our stores in Orlando,” stated Tim Schroder, chief sales and marketing officer at Save A Lot. “Their commitment to serve customers, community and employees, together with Save A Lot’s mission of providing convenient access to high-quality foods, will be a winning combination. I’m confident their continued investment in the Orlando market will lead to a profound impact on how customers enjoy the Save A Lot experience for many years to come.”

Last July, Save A Lot announced plans to remodel a third of its store base in 2021 and upgrade the rest of the stores by 2024. Currently, the company has more than 900 stores in 32 states.