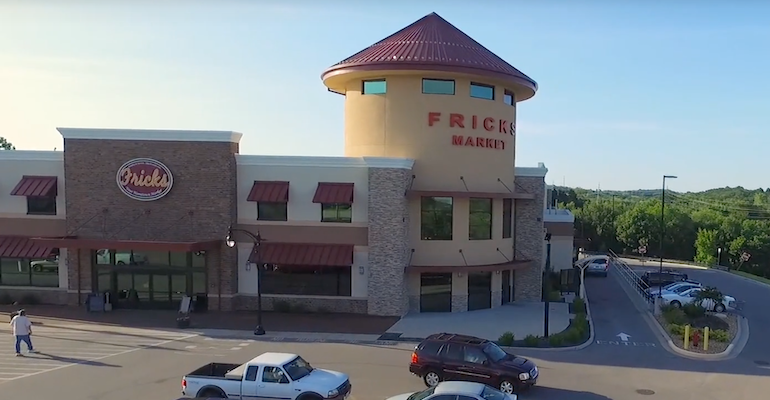 Fricks Market
Plans call for the Fricks Market store in Union, Mo. (shown above), to be converted to a Schnucks supermarket and the Fricks location in Sullivan, Mo., to operate until a new Schnucks Fresh store is completed nearby.
News>Retail & Financial

One location to be replaced by new Schnucks Fresh format

Financial terms of the deal weren’t disclosed. St. Louis-based Schnucks said Monday that it announced its intent to acquire Fricks Market’s two stores, owned by Jennifer and Darren Newbanks, at 401 Central Avenue in Union and at 45 North Clark Street in Sullivan, Mo.

Plans call for the Fricks Market in Sullivan to close at 4 p.m. on Oct. 23 for remerchandising and then reopen at 7 a.m. on Oct. 27, maintaining the Fricks banner but operated by Schnucks. That location eventually will be replaced by a new 23,000-square-foot Schnucks Fresh store being built on East Springfield Road near Highway 185. Schnucks said it will announce an official opening date for the store in the coming months. 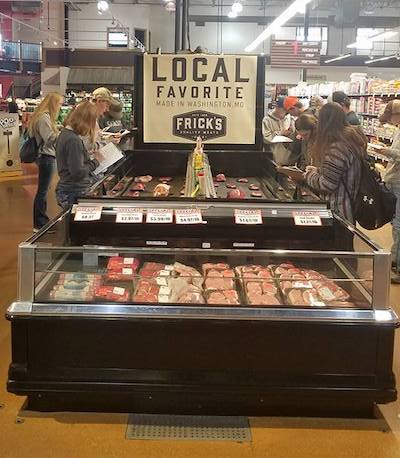 Fricks Market has built a loyal local following with a strong offering of fresh and prepared foods. (Photo courtesy of Fricks Market)

Meanwhile, the Fricks Market in Union will close and reopen during the same time frame as it gets converted to a Schnuck Market location. Both stores will operate 7 a.m. to 8 p.m. seven days a week.

“We’re thrilled to be able to continue our mission to nourish people’s lives in both Union and Sullivan,” Chairman and CEO Todd Schnuck said in a statement. “I know Jennifer and Darren Newbanks have remained committed to strengthening their communities through their decades of ownership. We’re excited to build upon their strong customer relationships as we provide our signature assortment of fresh produce, bakery, meat, seafood and deli options, along with our award-winning Schnucks brand portfolio of products.”

Schnucks said its human resources team will reach out to extend employment offers to Fricks Markets’ 66 employees at both stores. The two locations will retain union representation, and union leaders have worked with Schnucks to facilitate the ownership transition, the retailer added.

Fricks Market was founded in 1927, when Owen Frick and his brother opened a store in Union, Mo., called Fricks Brothers Sanitary Meat Market. During the 1930s, the grocery store moved to another location in Union and its name was changed to Fricks Market. The store moved again in 1957, to 10 East Locust, and then in 2014 shifted to its current site at 401 Central Ave. Fricks Market said the Sullivan store was built on its present location in 1960, after a fire that consumed the Kroger supermarket previously occupying the space, and over the years its name changed from Bi-Rite to Central Apple Market to Central Fricks Market. The grocer its known for its fresh foods and meal offerings.

“We know Schnucks will continue to serve Union and Sullivan customers with access to high quality, nutritional foods as we have done since 1960,” commented Jennifer Newbanks, president of Fricks Market. “As our family moves on to the next chapter, we are grateful for the employees who have worked with us as well as the customers who have shopped with us over the years. We’re confident Schnucks — another family-owned grocery company with strong core values — is the right fit to continue supporting families in our communities.”

At 11,000 square feet, Schnucks Express has its own entrance and is stocked to bring shoppers “a complete grocery experience” by offering staple products and customer favorites from traditional Schnucks supermarkets. “EatWell, a Natural Food Store, by Schnucks” opened in June 2020 in a space formerly occupied by a Lucky’s Market supermarket. The 42,000-square-foot EatWell store targets customers prioritizing health and wellness, natural and organic foods, and “the occasional splurge,” serving up a mix of better-for-you and locally sourced products plus an array of prepared foods and beverages that customers can take home or enjoy on-site. And in November 2020, Schnucks rebannered and upgraded its ground-breaking “Culinaria” store in downtown St. Louis as “Schnucks Downtown.”