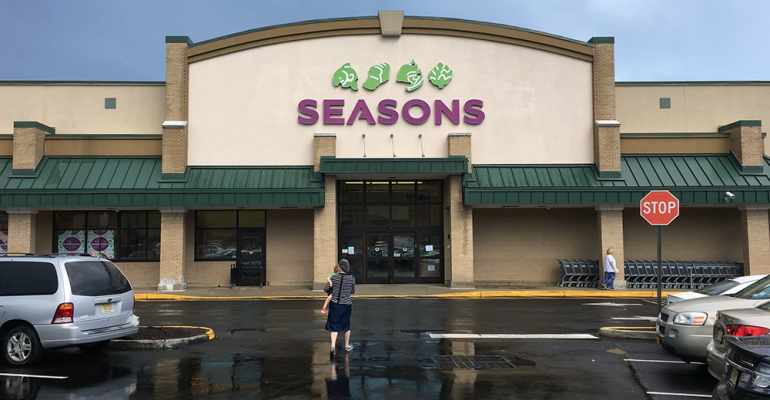 Seasons has been acquired by the family of Joseph Bistritzky, CEO of the Maramont Corp., a Brooklyn, N.Y.-based foodservice company. Financial terms weren’t disclosed.

Currently, Seasons has five full stores — Flushing, Lawrence and Scarsdale, N.Y., and Clifton and Lakewood, N.J. — plus a Seasons Express outlet in Lawrence. The retailer said Monday that the relaunch includes capital improvements and enhanced shopping experiences in existing stores plus the reopening of the Scarsdale in a new location prior to the Passover holiday.

Bistritzky, whose father Leibel is known for opening kosher food stores on the Lower East Side of Manhattan, noted that his family brings “years of familiarity with kosher food manufacturing and distribution” in taking ownership of Seasons.

“We have redeveloped the operational side of many businesses by forming and training managerial teams to have a keen understanding of community relations and family interface,” he said in a statement. “It is an honor to serve the Jewish communities of Scarsdale, Clifton, Lakewood, Lawrence and Queens. We look forward to welcoming all customers, both old and new, as we reopen our Scarsdale location and elevate the shopping experiences in all five locations in the region.”

Seasons had filed for Chapter 11 in mid-September. The chain, previously led by CEO Mayer Gold, opened its first store in the New York City borough of Queens in 2011 and, at the time of the bankruptcy filing, had eight locations, including stores in Manhattan, Baltimore and one being developed in Cleveland.

The 12,000-square-foot Scarsdale store, located at 1128 Wilmot Rd. and set to reopen March 3, features state-of-the-art kitchens and food production facilities. Seasons said new, on-site pareve kitchens allow for the in-house production of foods without the use of dairy or meat equipment, providing more choice to shoppers.

Frozen and dairy departments also have been expanded. Previously with seven doors, the freezer aisle in the new Scarsdale store now has 36 doors, and the once six-foot-long dairy section is now 72 feet long. The store also includes an on-site butcher, a gourmet deli counter, a fish and sushi corner, a hot foods area, a bakery and a fresh produce department.

“Seasons is welcoming the Scarsdale community to a renovated store with a completely new type of shopping experience,” commented David Gellman, general manager of Seasons store in Scarsdale. “Our renovations were driven from our commitment to provide more family value options for our customers.”