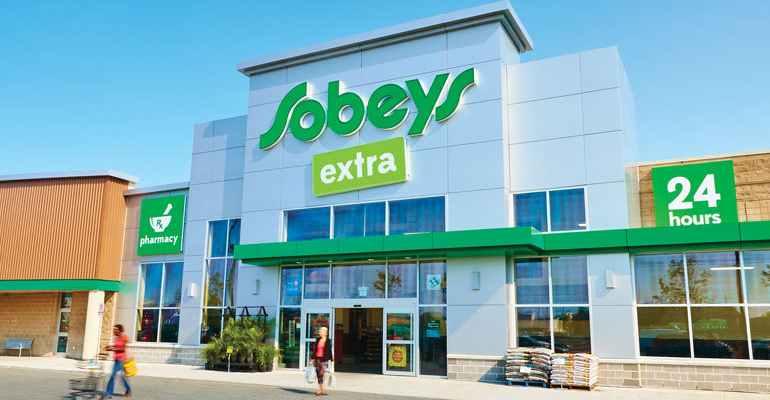 For the quarter ended Jan. 29, Stellarton, net income came in at $203.4 million (Canadian), or 77 cents per diluted share, up 15.4% from $176.3 million, or 66 cents per diluted share, a year earlier, Nova Scotia-based Empire said yesterday. Analysts, on average, had projected earnings per share of 67 cents, with estimates ranging from a low of 62 cents to a high of 72 cents, according to Refinitiv.

“Our team delivered another outstanding quarter. EPS of 77 cents, this is our highest EPS in memory, and we achieved it navigating some of the choppiest waters we’ve seen in a long time, the floods in B.C. [British Columbia] and other global and local events that disrupted communities and the supply chain,” Empire President and CEO Michael Medline told analysts in a conference call on Thursday. “The Omicron surge presented new challenges in labor, and the inflationary environment continued to impact our industry. Through it all, our team delivered historic performance.”

At the top line, third-quarter 2022 food retail sales climbed 5.1% to $7.38 billion from $7.02 billion a year earlier, when Empire reported a 9.7% increase. The company attributed the uptick mainly to its acquisition of Longo’s, higher fuel sales, increased food inflation and benefits from its Project Horizon strategic growth plan, including the expansion of FreshCo in Western Canada and Farm Boy in Ontario. The gain was partially offset by changes in consumer buying behavior amid varying COVID-19 measures, the retailer said.

“Same-store sales were negative 1.7% as we comp severe lockdowns across much of the country last year. But we’re up a strong 8.3% over the last two years,” Medline said. 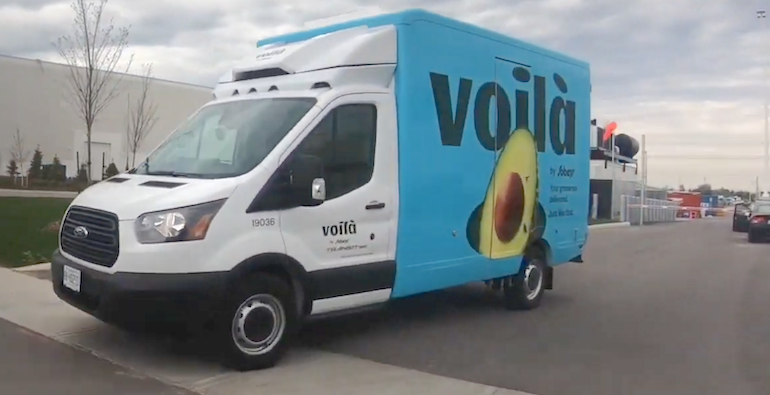 To fuel its growing Voilà delivery service, Empire opened its second Ocado fulfillment center in Montreal earlier this week and has two more on the way for Western Canada.

Empire also was able to build on 2021 third-quarter online sales growth of 315%. And in support of its expanding Voilà home delivery service, the company opened its second Ocado-automated customer fulfillment center (CFC) on March 7 and has another in development in Calgary, Alberta, slated to open in the first half of calendar 2023. Last month, Empire also announced plans for a CFC in Vancouver, British Columbia, that’s expected to become operational in 2025.

Currently, Voilà delivery is available in Ontario, including the greater Toronto and Hamilton areas, and in Quebec, in greater Montreal and Quebec City.

“E-commerce sales increased 17% over last year with the addition of [Longo’s] Grocery Gateway and continued growth in [Sobeys home delivery service] Voilà, partially offset by declines in our other e-commerce platforms due to the significant stockups that happened during last year’s lockdown,” Medline said.

During the analyst call, Medline also announced the promotion of Pierre St. Laurent to executive vice president and chief operating officer of Sobeys. 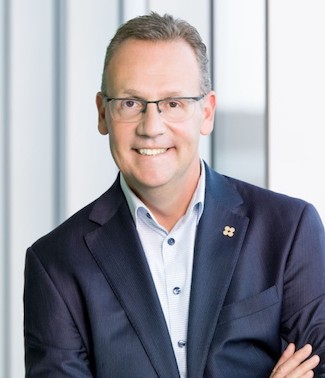 In the new role, St. Laurent (left) will oversee all full-service, discount and e-commerce grocery retail operations. He previously was executive vice president and COO of full-service grocery.

St. Laurent joined Sobeys as a manager in 1991 and became vice president of store operations in 2005, later holding senior VP and executive VP roles in such areas as business development, operations and merchandising.

Empire pegs fiscal 2022 capital expenditures at about $765 million, approximately earmarked for new stores and remodels. Plans call for the retailer to open 10 to 15 FreshCo stores in Western Canada and add seven net-new Farm Boy stores in Ontario. Farm Boy now has 43 stores in Ontario, while FreshCo has 38 locations in British Columbia, Alberta, Manitoba, Saskatchewan and Ontario. Two are expected to open in Alberta in fiscal 2022, followed by another two in the province in fiscal 2023.

Capital spending in Voilà for fiscal 2022 will total about $80 million, including its share of the Montreal, Calgary and Vancouver CFCs, up to 70 new store pickup sites, and more e-commerce “spoke” facilities supporting the CFCs and associated investments in technology.

“We’re renovating, converting and building the best-looking grocery stores in Canada that continue to drive our best returns, and we’re finding more personalized ways to connect with our customers,” Medline said.