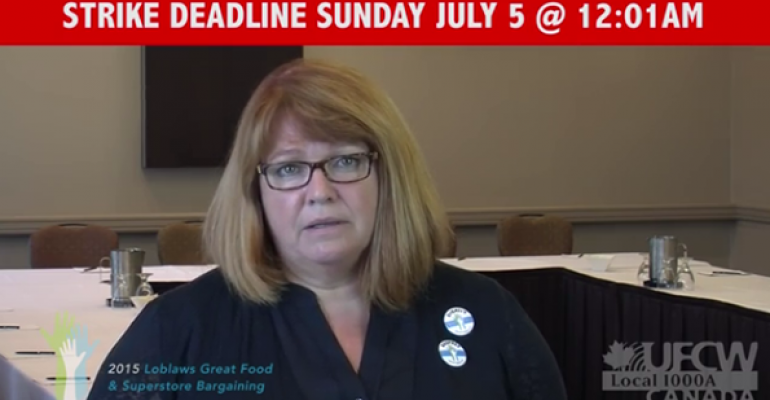 Some Loblaw stores could see strikes this week

Nearly half the workers at Loblaw’s stores in Ontario could go on strike this week, while the other half begin work under new contract agreements, according to results of ratification votes for three United Food and Commercial Workers union locals.

If strikes are to be called they would mainly affect 39 Loblaw and 22 Real Canadian Superstore stores in the greater Toronto area represented by UFCW Local 1000A whose members by a 61% vote declined a proposed settlement. Local 1000A, which already OK'd a strike if called by union leadership, could walk off the job July 5, the union said.

In the meantime the majority of voting units from UFCW Locals 175 and 633 agreed to new contracts. Those unions in a joint statement said members at 50 stores in central and north-central Ontario ratified their new six-year agreement. The new contract for the Ottawa-area members is effective retroactive to May 1, and the new contract for the other 45 stores will take effect July 2.

Union members covered by a separate agreement at nine Zehrs Great Food and Real Canadian Superstores in Essex, Kent, and Lambton counties voted down the memorandum of settlement, Locals 175 and 633 said. The rejection puts the approximately 1,600 members in that bargaining unit in a legal strike position as of July 2.

“Our members gave us a strong strike mandate at meetings held back in May,” Shawn Haggerty, president of UFCW Local 175 said in a statement. “The results of this vote means the Union will be ramping up our strike preparations to support these members.”