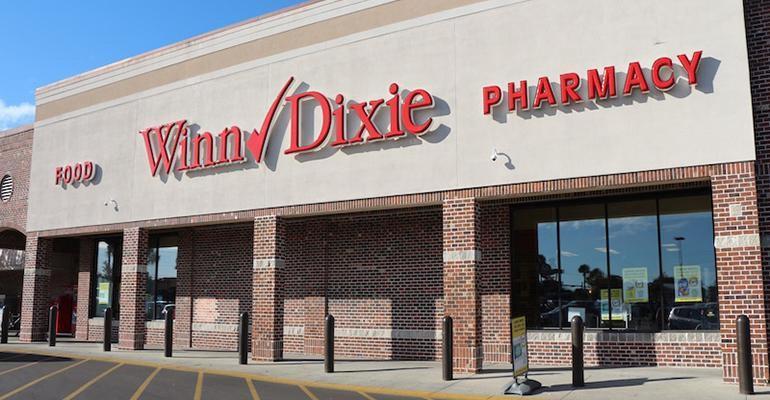 After divestitures, company to operate 420 stores under three banners in five states

About three weeks after announcing a possible initial public offering, Southeastern Grocers has gone ahead with an IPO filing.

Jacksonville, Fla.-based Southeastern Grocers said yesterday evening that it has filed an S-1 registration statement with the Securities and Exchange Commission for a public offering of common stock by certain of its stockholders. The number of shares and the price range for the IPO haven’t yet been determined, the company said.

In the SEC filing, Southeastern Grocers said it plans to list its common stock on the New York Stock Exchange under the ticker symbol “SEGR.”

Facing stiff competition, Southeastern Grocers in recent years has worked to restructure its business, focusing primarily on Winn-Dixie, and shed stores. The company in September announced deals to sell 23 stores under its Bi-Lo and Harveys Supermarket banners to grocery wholesaler and retailer Alex Lee and independent operator B&T Foods. The transactions furthered plans to dissolve the Bi-Lo banner, disclosed in June when the company announced the sale of 62 Bi-Lo and Harveys stores and a distribution center to Ahold Delhaize USA’s Food Lion chain.

With the IPO, Southeastern Grocers will operate 420 stores under the Winn-Dixie, Harveys and Fresco y Más banners in Florida, Alabama, Louisiana, Georgia and Mississippi, as well as 140 liquor stores, 231 in-store pharmacies and one central specialty pharmacy, according to the filing.

“We are actively exploring strategic options for the remaining 39 Bi-Lo stores and one Harveys in the region,” Southeastern Grocers stated in the preliminary prospectus in the Oct. 19 SEC filing. “In addition, in May 2020, we announced the sale of prescription files at 58 stores to CVS and Walgreens. These were important strategic decisions that allow for greater focus and investment in growing the Winn-Dixie, Harveys and Fresco y Más banners. These dispositions also enhance our relative exposure to the attractive Florida market, which will account for approximately 76% of our total stores. The remaining stores also had stronger financial performance in fiscal year 2019, as well as a lower average age and a higher percentage of remodeled stores in the last five years.”

For its 2019 fiscal year ended Dec. 25, Southeastern Grocers reported net sales of $8.28 billion, with comparable-store sales up 0.4% year over year, and a net loss of $116.2 million. In the 28 weeks ended July 8, the company generated net sales of $5.3 billion, including an 18.4% comp-sales gain versus the prior-year period, and net earnings of $205.7 million. Adjusted for the pending store divestitures, Southeastern Grocers tallied net sales of $6.67 billion for fiscal 2019 and $4.32 billion for the 28 weeks ended July 8, at which time the company had 545 stores.

The phaseout of Bi-Lo is part of a five-year business transformation strategy following Southeastern Grocers’ emergence from Chapter 11 bankruptcy in May 2018. In focusing on Winn-Dixie, Harveys and Fresco y Más, the company said nearly 40% of the store base has been remodeled in the past three years, including enhanced fresh departments. 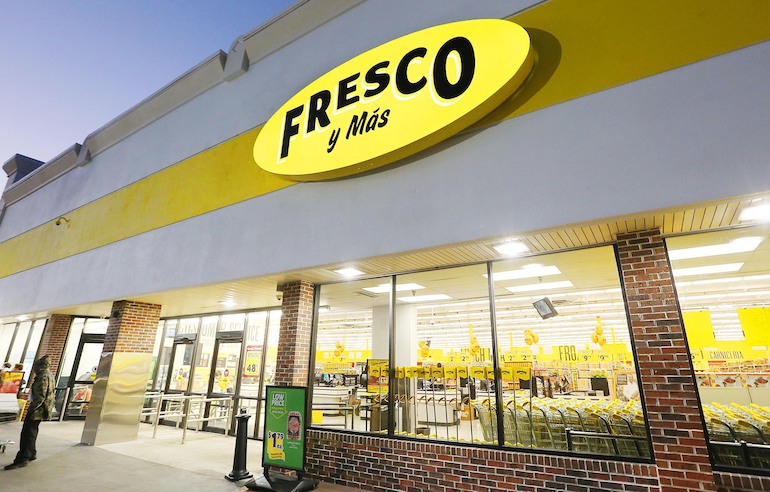 The company's Fresco y Mas chain is slated to open its 27th store this week in Lehigh Acres, Fla.

Along with a greater emphasis on fresh departments, Southeastern Grocers said in the SEC filing that its key strategic initiatives include expansion of its customer loyalty program, greater own-brand penetration (27% at the end of fiscal 2019), e-commerce expansion (now including home delivery via Instacart, Shipt and Uber) and increased personalization capabilities to improve target marketing and offer relevancy to customers.

Going forward, Southeastern Grocers said it will seek to open 10 new stores annually in current and adjacent markets. After the store dispositions, the company said, 51% of its store base will have been updated from the start of fiscal 2016 through July 8, 2020.

“By the end of 2020, we expect to have over 180 store renewals completed, which, together with our banner conversions, will put our percentage of stores renewed at 55% since the beginning of fiscal 2016. We aim to renew another 42% of stores in the next four years (approximately 55 renewals per year), bringing our total stores renewed to 97% by the end of 2024. We also aim to obtain an average store age of less than four years by the end of 2024,” Southeastern Grocers said in the SEC filing. “For the 125 renewed stores that have been open for longer than 12 months, as of July 8, 2020, we experienced an average sales increase of approximately 10% and a return on investment that consistently exceeded our internal 20% target. We expect our renewal programs will continue to reinforce the customer experience and generate strong returns.”

Yesterday’s IPO filing marks the second time in seven years that Southeastern Grocers is exploring going public. Bi-Lo Holdings, the former parent of Winn-Dixie and Bi-Lo, filed for an IPO in September 2013 under the name Southeastern Grocers LLC. Eleven months later, in August 2014, the company withdrew the registration, which hadn’t been updated since the filing and hadn’t been declared effective by the SEC.