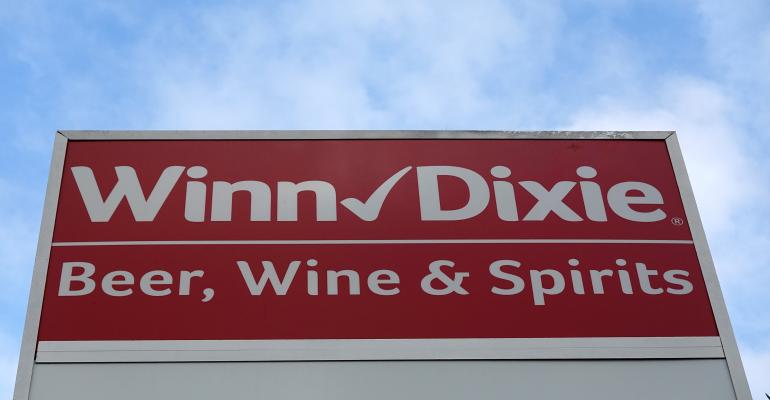 Getty Images
The Jacksonville, Fla.-based retailer, parent of the Winn-Dixie, Fresco y Más and Harveys chains, was reported by the Wall Street Journal to be mulling over a possible sale.
News>Retail & Financial

Southeastern Grocers sale? Here’s what that could look like.

Southeastern Grocers, with its strong presence in Florida, could be appealing as an acquisition target for other chains seeking a foothold in one of the country’s fastest-growing markets, said Burt Flickinger, managing director at consulting firm Strategic Resource Group.

The Jacksonville, Fla.-based retailer, parent of the Winn-Dixie, Fresco y Más and Harveys chains, was reported by the Wall Street Journal to be mulling over a possible sale, a year after it withdrew plans for an initial public offering.

“It’s a perfect time to consider a sale,” said Flickinger. “In their primary and secondary trading areas, they’ve got record-breaking population growth and very positive demographics … with a lot of young family formation.”

A spokeswoman for Southeastern Grocers declined to comment directly on the Wall Street Journal report, but said the company is open to considering possible transactions.

“We do not comment on market rumors,” she said in an email statement. “With that said, we are always reviewing ways to enhance shareholder value, and to the extent that credible strategic or other shareholder value enhancing transactions emerge, we have an obligation to consider them. While the potential for any such transaction remains ever present in our industry, we will remain focused upon advancing our transformational strategy, supporting our associates and delivering a world-class shopping experience for our customers.”

Winn-Dixie has long been a stalwart brand in Florida, where it competes against regional powerhouse Publix Super Markets. The chain may hold appeal for other retailers seeking to increase their size and buying power, including Kroger and Albertsons, Flickinger said.

Kroger and Albertsons are already in the midst of a pending merger that would give the companies a greatly expanded footprint, although Florida remains one of the markets where the two chains lack a significant presence, along with parts of the Midwest and Northeast.

“Potentially it would make sense for Kroger-Albertsons to continue to create a national chain, considering that neither Kroger nor Albertsons have size and scale in Florida, and minimal presence in the adjoining Gulf Coast Region states,” said Flickinger.

Such a transaction would likely have to wait until after the Federal Trade Commission rules on the antitrust implications of the Kroger-Albertsons merger, Flickinger said.

Ahold Delhaize, which itself has been created through a series of mergers and acquisitions and operates up and down the East Coast, could also be a potential buyer, he said. In 2020, Southeastern Grocers sold several of its BI-LO and Harveys stores to Ahold Delhaize’s Food Lion division, and several others to distributor Alex Lee and other retailers.

Neither Kroger nor Ahold Delhaize USA could be reached for comment.

Flickinger also suggested that European investors could be interested, given the strength of the dollar against the Euro, as well as some strategic Canadian buyers that might seek a U.S. foothold.

Another possibility is that private investors see Southeastern Grocers as an investment opportunity, given the current economic conditions that favor grocery retailing.

“Food retail and food distribution tend to be profitable safe harbors for investors during recessionary and inflationary times,” Flickinger said, noting that consumers tend to shift spending away from restaurants has prices rise and the economy weakens.

The possibility also exists that a private investor could consider buying Southeastern Grocers with an eye on divesting it to another supermarket operator down the road, he said.

“It’s a logical one-step, two-step,” said Flickinger. “Private equity could potentially buy Winn-Dixie this year or next year, and then potentially sell Winn-Dixie to a strategic buyer in three to five years.”

In its IPO prospectus filing last year, Southeastern Grocers, which is owned by a handful of investment firms, said it operated 420 stores in Florida, Georgia, Alabama, Louisiana and Mississippi, and is the second-largest conventional operator in those five states.