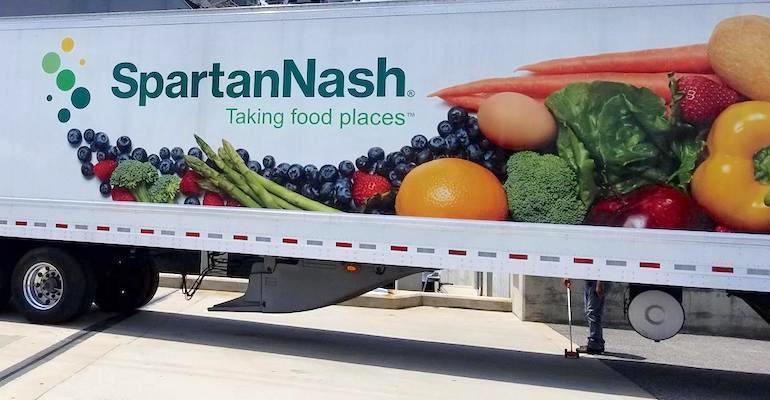 SpartanNash
SpartanNash has sent a letter to shareholders urging them to support its slate of board members at the company’s annual meeting on June 9.
News>Retail & Financial

SpartanNash calls on shareholders to back its board nominees

Distributor urges rejection of board slate proposed by activist investors

In response to activist investors, SpartanNash has sent a letter to shareholders urging them to support its slate of board members at the company’s upcoming annual meeting. 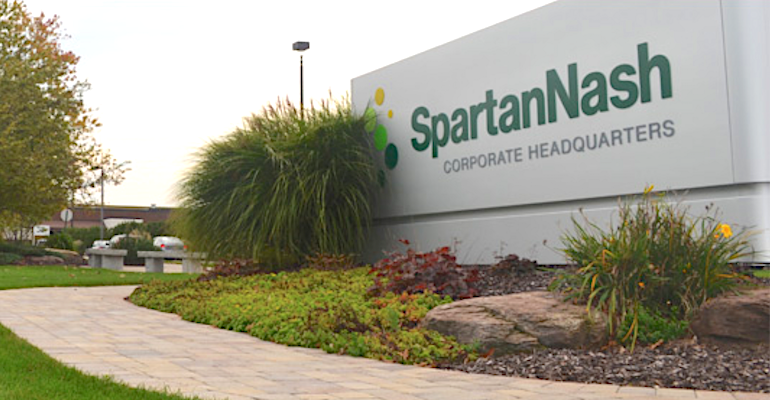 However, in the April 28 letter to shareholders, SpartanNash said its board nominees outmatch the investor group’s nominations, who lack “additive skills” and would reduce the board’s diversity.

“At this year’s annual meeting, two activist investors, Macellum Advisors GP LLC and Ancora Holdings Group LLC, are seeking to replace three of your highly qualified directors with their own candidates, including Macellum’s founder. Your board has taken decisive actions to implement a comprehensive transformation of the company, refresh your board’s composition and make significant executive leadership upgrades to drive improved financial performance — all of which are taking hold, delivering measurable results and driving shareholder value,” SpartanNash stated in the letter. “In contrast, the investor group continues to pursue a cookie-cutter playbook that seeks self-serving gains from financial engineering and which we believe puts the company and your investment at significant risk.”

SpartanNash reported that its total shareholder return has been 251% since the board transitioned the management team in the summer of 2019 and 88% since Sarsam began as CEO in September 2020. Also in the letter, the company said it “significantly outperformed the S&P 500” over those same time periods and cut net long-term debt by $269 million over the last two fiscal years.

In February, SpartanNash expanded its board to 12 members with the appointment of new independent directors Mininberg, Patel and Puryear. The company described the move as a “board refreshment,” as plans call for the board to return to nine members after the shareholders meeting. Current directors Frank Gambino, Yvonne Jackson and Elizabeth Nickels won’t be standing for re-election. SpartanNash said that, after the annual meeting, eight of its nine board directors will be independent, with five appointed in the last four years. The new directors would results in a board with 33% racial diversity and 22% gender diversity, the company told stockholders. 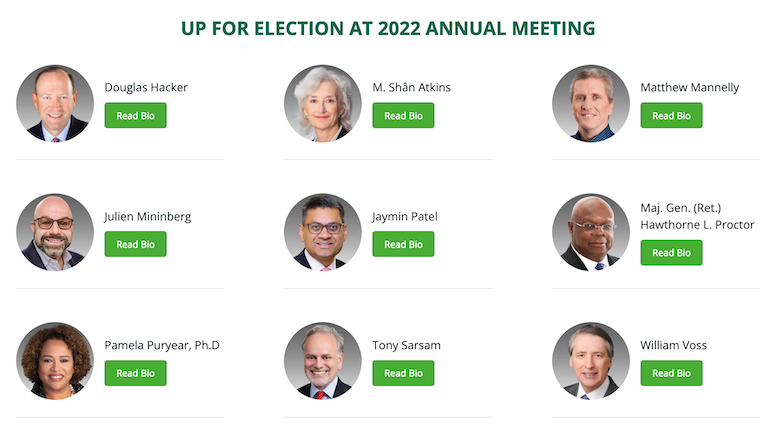 SpartanNash's proposed slate of board members for its 2022 annual shareholders meeting (click on image to read bios).

“Your board has overseen and helped develop the successful strategy being executed by a new leadership team, which focuses on driving change through the company’s transformation, operating model and ‘People First’ culture,” SpartanNash said in the shareholder letter. “This work is enhancing profitable growth and enabling SpartanNash to generate superior returns for shareholders, with ample runway ahead.”

Last week, Macellum Advisors and Ancora Holdings sent SpartanNash shareholders a letter reiterating their call to revamp the grocery distributor’s board. The investor group said its board nominee slate “possesses corporate governance experience, finance acumen, grocery and food distribution expertise, strategic planning knowhow and sorely needed ownership perspectives” and will ensure SpartanNash “finally has a credible and clear operating plan” and will make sure the board considers “strategic alternatives.”

Those strategic options, Macellum and Ancora said, include “at least one financial buyer and one real estate firm” that have been interested in pursuing transactions with SpartanNash over the last two years. In addition, the investor group said in the letter that it has received “unsolicited communications from other strategic buyers” who would “pay a meaningful premium for the whole or a part of the company.”

“We are prepared to do whatever it takes to ensure shareholders’ interests are finally prioritized in SpartanNash’s boardroom. Our analysis and engagement to date lead us to believe that SpartanNash’s leadership is wed to a flawed corporate structure and has failed to implement basic operating initiatives while leaving $1 billion of owned real estate sitting idle on the balance sheet. We believe these missteps have resulted in unjustifiably poor operating and financial results for too long,” Macellum and Ancora said in the April 19 shareholder letter. 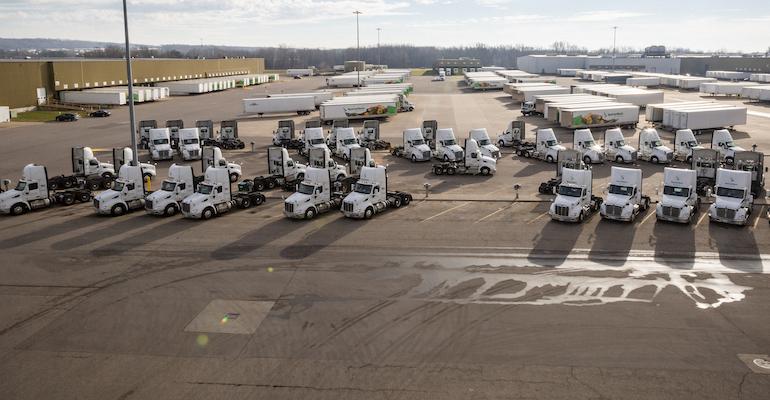 SpartanNash said the changes sought by the investor group would 'distract the company from its current path.'

The activist investors also cited “chaos in the C-suite” as supporting the need for change at SpartanNash. Hacker became SpartanNash’s chairman in May 2021, taking over from Dennis Eidson, who retired after nearly five years in the position. SpartanNash had announced Hacker as Eidson’s successor in late March 2021. Eidson also served as interim president and CEO of SpartanNash, while remaining chairman, upon the resignation of David Staples in August 2019 until Tony Sarsam began as president and CEO in mid-September 2020. Staples had succeeded Eidson as CEO in May 2016 upon his retirement.

“The company has had an astounding four changes to its chief executive officer role in five years, resulting in no clear and credible strategy for value creation. Today, the company still seems to lack any clear strategy,” Macellum and Ancora said in the letter to SpartanNash stockholders. “We contend this void falls squarely on the board and its long-tenured members, who are supposed to possess experience and wisdom that will guide the company to stability. In light of the numerous concerns outlined in this letter, we believe shareholder-driven change is urgently needed in the boardroom.”

Through its core food wholesaling business, SpartanNash distributes to all 50 states, supplying 145 corporate-run supermarkets in nine Midwestern states — which constitute its retail business unit — and over 2,100 independent grocery retailers nationwide. The company also distributes to 160 military commissaries and over 400 exchanges in the United States and internationally.

“The changes being proposed by the investor group would distract the company from its current path, which is producing demonstrable results and outsized shareholder returns,” SpartanNash said in its shareholder letter. “The reality is that your highly engaged, recently refreshed board has successfully overseen an effort that has enhanced value and positioned the company to meet the demands of a highly competitive, constantly evolving industry.”