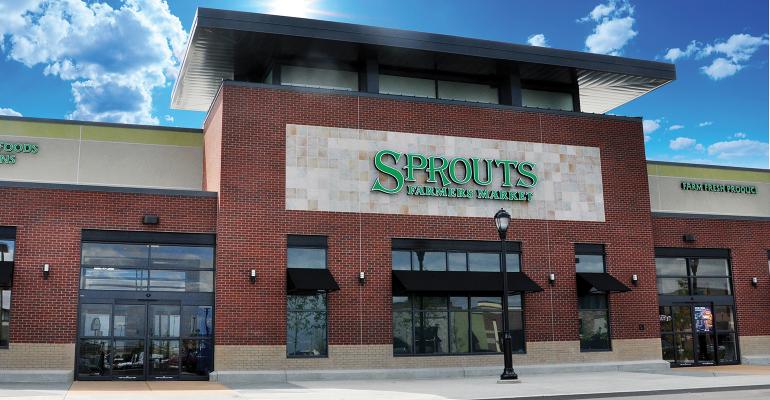 Sprouts Farmers Market on Thursday reported a 1.3% comparable-store sales increase during the third quarter, a figure that exceeded its expectations that sales would be flat as it worked through increased competition and ongoing deflation.

"Cost deflation was approximately 2% during the quarter and led by protein and produce, which also turned deflationary during the quarter,” said Sprouts CEO Amin Maredia in a conference call. "Nearly 60% of our business is fresh, which is on trend. However, today all of these departments are deflationary and that impacted our sales and same-store sales this quarter.”

Net sales of $1 billion increased by 15% for the quarter, which ended Oct. 2. The sales gain came at a cost to earnings, as net income declined by 27% to $24 million, or 16 cents per share, a penny below consensus estimates.

Gross profit increased 11% to $292 million and the gross margin rate decreased 80 basis points to 28.1% compared to the same period in 2015, the Phoenix-based retailer said. Sixty basis points of the reduction were due to price investments in certain categories in order to remain competitive, along with slightly higher shrink from lower comp sales growth, officials said.

“Based on what we're seeing today, we expect the promotional environment to continue in the near-term,” said Maredia. “We'll continue to remain competitive and invest as appropriate. Based on the slightly better than expected third quarter sales performance, we are raising the bottom of our full year same-store sales growth guidance to 2%.” Sprouts’ 2% to 2.5% guidance for the full year is up from its 1.5% to 2.5% guidance in September.

Outside of the impacts of deflation, Maredia said he remains confident in Sprouts' core business and key initiatives. Sprouts will expand its natural and organic private label program, which consists of over 2,100 items and accounts for more than 10% of revenue, he said.

The natural retailer is also expanding its fresh prepared food offerings. “We have implemented food and deli expansion in 73 new and existing stores this year, with a few more stores to go during the balance of the year,” said Maredia. “This extension includes freshly prepared proteins inside full service cases, a salad bar, fresh juices and soup stations.” The features will roll out to new and existing stores in 2017, he added.

Sprouts has also become more digitally engaged with shoppers. “We now have more than 3 million digital customers online and we continue to increase our engagement with them through e-mails, social media and the Sprouts app, which is increasing functionality such as [offering] mobile coupons,” Maredia said. “All of these digital initiatives are focused on driving customer engagement and improving their experience across all touch points. We also continue to expand our partnership with Amazon Prime now with the addition of two more locations.”