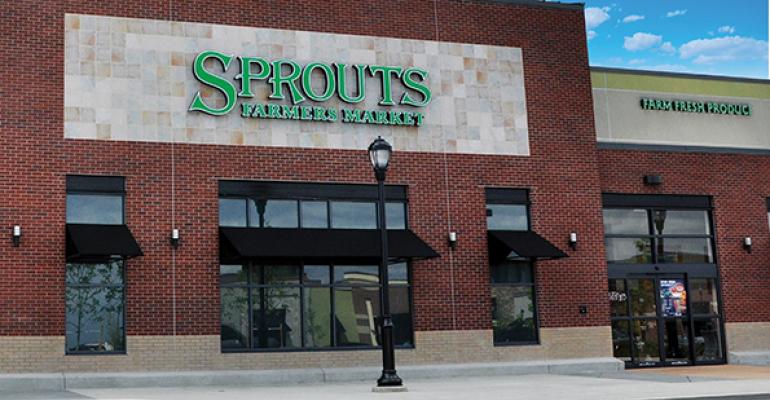 “Sprouts has truly evolved into an everyday healthy grocery store loved by our customers,” said Amin N. Maredia, the CEO and director of Sprouts, during the earnings call. “This is evident by the continued momentum we have seen at Sprouts throughout 2017.”

Maredia credited some of the quarter’s sales to holiday shoppers.

“Customers' interest in quality and healthier holiday options continue to grow, which led to another very successful holiday season with record sales,” he said. “Our continued refinement of our offering is positioning Sprouts as a holiday destination of choice for more and more customers.”

Sales for 2017 were boosted by growth in the company’s private label sales, an “enhanced deli program” and increased grab-and-go options, he said. Grassroots marketing and investments in training and technology also paid off.

“Our investments in our team member training and technology are paying dividends, evidenced by sales per hour productivity gains, improvement in operations including in-stock position, improved team member retention at all levels, the highest customer service scores in our company history, and 23% of our store team members earning a well-deserved promotion during the year,” he said. And the company will be investing $10 million or approximately one-third of its tax savings toward employee benefits.

Looking toward 2018, Maredia said private label was a “top priority” and noted that the company’s revenue growth in private label had been 30% or more for the past seven years. Customers can expect a new website and app and expanded home delivery this year. In January, Sprouts announced a partnership with Instacart.

The company also plans to use technology to “scale and drive efficiencies.”

Sprouts opened three new stores during the fourth quarter and now operates 285 stores in 15 states. The company plans new store openings in the Mid-Atlantic, with its first Maryland location opening next month, plans to open in three new states — Washington, South Carolina and Pennsylvania — by the end of the year. “For 2018 our pipeline remains strong with 52 approval sites and 44 signed leases for the coming years,” said Maredia.

“For 2017, sales and earnings exceeded our expectations as the business continued to build momentum throughout the year and we effectively leveraged those sales into solid earnings,” he said.

Thanks to merchandise margins and labor management, EBITDA was $63 million, a 25% increase for the fourth quarter and a margin of 5.5% of sales, said Lukow. For the year, EBITDA totaled $324 million, up $30 million, or 10%, compared to last year.