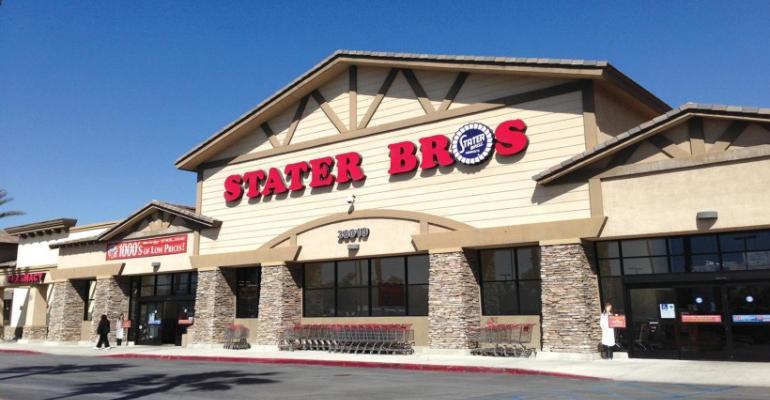 After nearly three years on the board of directors, and over a year as vice chairman, Stater Bros. CEO Pete Van Helden has been named chairman, succeeding Phil Smith, who is retiring from the post.

Stater Bros. hired Van Helden as president and chief operating officer in 2013, with the executive joining the supermarket chain from Supervalu, where he was executive vice president of retail operations. In 2016, he was appointed as Stater Bros. CEO by Executive Chairman Jack H. Brown, who passed away later that year. Van Helden joined the retailer’s board in October 2019 and then was tabbed as vice chairman in June 2021.

“On behalf of the board and Stater Bros. employees, I would like to thank Phil for his years of dedicated service to the company, our teammates and our customers,” Van Helden said in a statement. We wish him the best as he embarks on the next journey in his life.”

Smith had served as chairman since Brown’s passing in late 2016. He started his career at Stater Bros. in 1987 as a controller and was promoted to vice president and controller in 1998. He held various finance and accounting leadership roles until being promoted to chief financial and accounting officer and executive vice president of finance, a role he held until his retirement in 2012. Afterward, Smith stayed on as a consultant at the request of Brown and then was asked to serve chairman following Brown’s death.

During Smith’s tenure, Stater Bros. grew from less than 100 stores to more 170 locations across Southern California, the regional grocer noted.

“It has been a privilege and honor to serve the Stater Bros. team and our loyal customers over the last 35 years,” Smith commented. “With Pete and Sean’s leadership, the company will be in capable hands, and I look forward to seeing them take Stater Bros. to the next level.”

Varner joined the Stater Bros. board in June 2021 along with Janel Haugarth, president of Highpoint Retail. Varner’s appointment continued a decades-long professional partnership between Stater Bros. and Varner & Brandt. He also was appointed to serve as corporate secretary and general counsel of Stater Bros. Holdings.

“Varner & Brandt’s relationship with Stater Bros. goes back many years and is based on mutual respect and aligned values,” Varner stated. “I am honored to serve as vice chairman and look forward to helping Stater Bros. achieve even greater success in the future.”

Van Helden’s addition of the chairman’s title comes after two other recent C-suite appointments at Stater Bros. Last week, President Greg McNiff was named chief operating officer as part a new operational structure at the grocer, and in August Rebecca Calvin joined Stater Bros. as senior vice president and chief marketing officer, coming over from The Save Mart Cos.