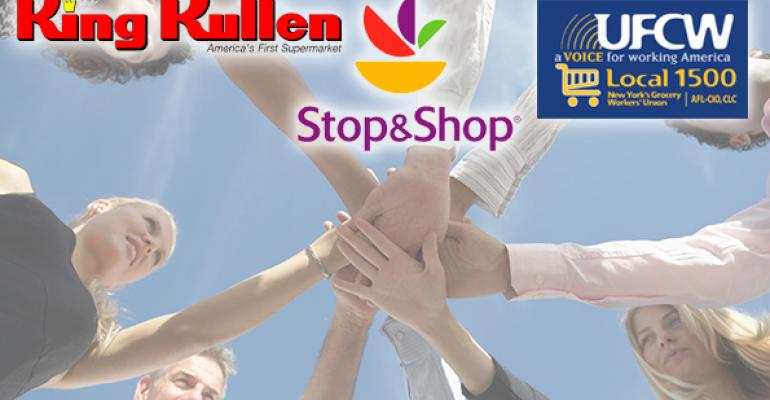 UFCW Local 1500, Westbury. N.Y., said the new deal covers 8,500 workers and was approved in votes Thursday. The contracts are retroactive to Dec. 7, 2014, and will expire Dec. 30, 2017. The new deals replace a contract that was to have expired Dec. 6 of last year, but extended several times as negotiations between workers and employers continued, the union said.

"Both negotiating committees did an excellent job. The agreements provide wage increases for all our members, full-time and part-time," Local 1500 president Bruce Both said in a statement.

"We fought hard for months to protect our medical and pension plans, which will remain unchanged. We battled to secure benefits for all members, full and part-time," added negotiating committee member Paul Waldron, who works at King Kullen in Shirley, N.Y.

The union said the agreement also includes a no-discrimination protecting all Local 1500 members from any discriminatory acts regarding race, gender or sexual preference. The contracts will also increase weekly and Sunday hours for more part-time workers, and added new premiums for certain union members.