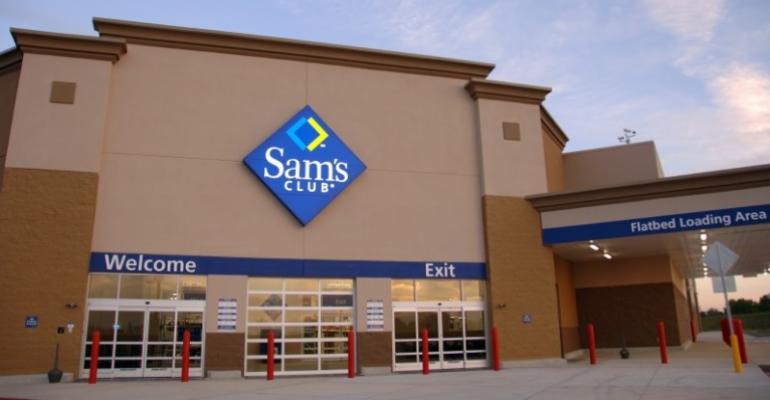 Walmart’s announcement Thursday that it was closing 63 Sam’s Club stores in markets around the country is a sign of the times, when store productivity is becoming increasingly more important than brick-and-mortar square footage, analysts said.

The closures come as Kroger also prepares to shutter six locations in multiple markets, and as several chains, including Kroger and Walmart, cut back on new-store development.

Such closures might become more commonplace in the year ahead, as retailers rethink the value of their brick-and-mortar locations in an era of increasing e-commerce and rising real estate costs, said Burt Flickinger, managing director at New York-based Strategic Resource Group.

Food retailers are likely to take a page from Home Depot’s strategy of the last 10 years and focus on driving more sales from existing stores, and exiting locations where costs or operating conditions become onerous and opening fewer new stores, he said. Flickinger said the current food retailing landscape includes about 150% of the square footage needed to meet demand.

“You will see, like [CEO] Frank Blake did with Home Depot, fewer stores, higher volume and more productivity, and more profitability per store,” he said.

“Many times it is cheaper to close a money-losing store than try to turn it around,” he said.

Sam’s Club in a statement said the decision to close the stores was made after a thorough performance review.

“Transforming our business means managing our real estate portfolio, and Walmart needs a strong fleet of Sam’s Clubs that are fit for the future,” said John Furner, president and CEO of Sam’s Club.

The company said it was eying the conversion of up to 12 of the stores that are closing into e-commerce fulfillment centers. The move will “speed the delivery of online orders,” Sam’s Club said in a statement.

Flickinger said the conversion of the stores to e-commerce delivery hubs reflects Walmart’s quest for a greater share of the e-commerce pie and should be of concern to retailers in many segments, including food retailers and drugstore chains. The new hubs will likely be stocked with high-velocity items such as grocery and HBC rather than the bulk items that had been carried by Sam’s, he said.

“Having those Sam’s Clubs that are converted structurally and operationally for delivery is really going to be a competitive challenge of unprecedented proportions,” said Flickinger. “It is going to be War of the Worlds with Amazon and [other retailers], particularly food retailers.”

Meanwhile Cincinnati-based Kroger confirmed local reports that it was closing six locations in various markets. The closures include two in Peoria, Ill., that had not been profitable for the last 15 years, according to a report in the Peoria Journal Star. In addition, two local Kroger expansions have been put on hold as the company reviews its construction projects systemwide, according to local reports.

Last year, equipment manufacturer Caterpillar announced it was moving its headquarters from Peoria to Deerfield, Ill., dealing a blow to the local economy.

“As we build momentum with our Restock Kroger plan, we continue to monitor and evaluate every store’s performance for productivity and profitability,” said Kristal Howard, Kroger spokeswoman. “It is always a difficult decision to close a store, and when we do, we strive to do it in a way that respects our customers, associates and communities. Our divisions evaluate every store individually and make timeline decisions based on the analysis.”

The Restock Kroger plan, announced in October, calls for significant investments in in-store performance through data-driven remerchandising, among other initiatives, including a slowdown in spending on new-store development.

In addition to the two stores closing in Peoria, Kroger is also closing two stores in Memphis, Tenn., and one each in Clarkdale, Miss., and Brownwood, Texas, according to local reports. All have been underperforming, the reports said.