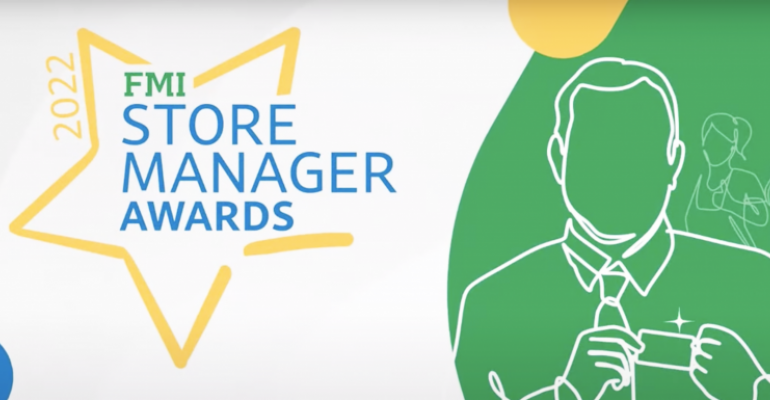 FMI- The Food Industry Association this week honored four outstanding store managers from across the country and Canada whose efforts earned them recognition as winners of the 2022 Store Manager Awards.

“The 2022 Store Manager Award winners epitomize food retail resilience. Despite tumultuous times, these phenomenal few succeeded in outperforming sales targets and maintaining top-tier customer service,” said FMI president and CEO Leslie G. Sarasin. “They consistently put the well-being of their employees first by carefully nurturing team talent and elevating colleagues to positions that fit their unique skillsets. Moreover, the benevolence of the 2022 Store Manager Award winners could be felt beyond the parameters of their stores through their collaboration with local stakeholders to fulfill community needs.”

Related: Q&A: FMI’s Leslie Sarasin says grocery industry has ‘stepped up to the plate’ amid challenges

She added, “This year’s awardees demonstrated inspiring leadership, and FMI is proud to recognize their contributions to industry excellence.” 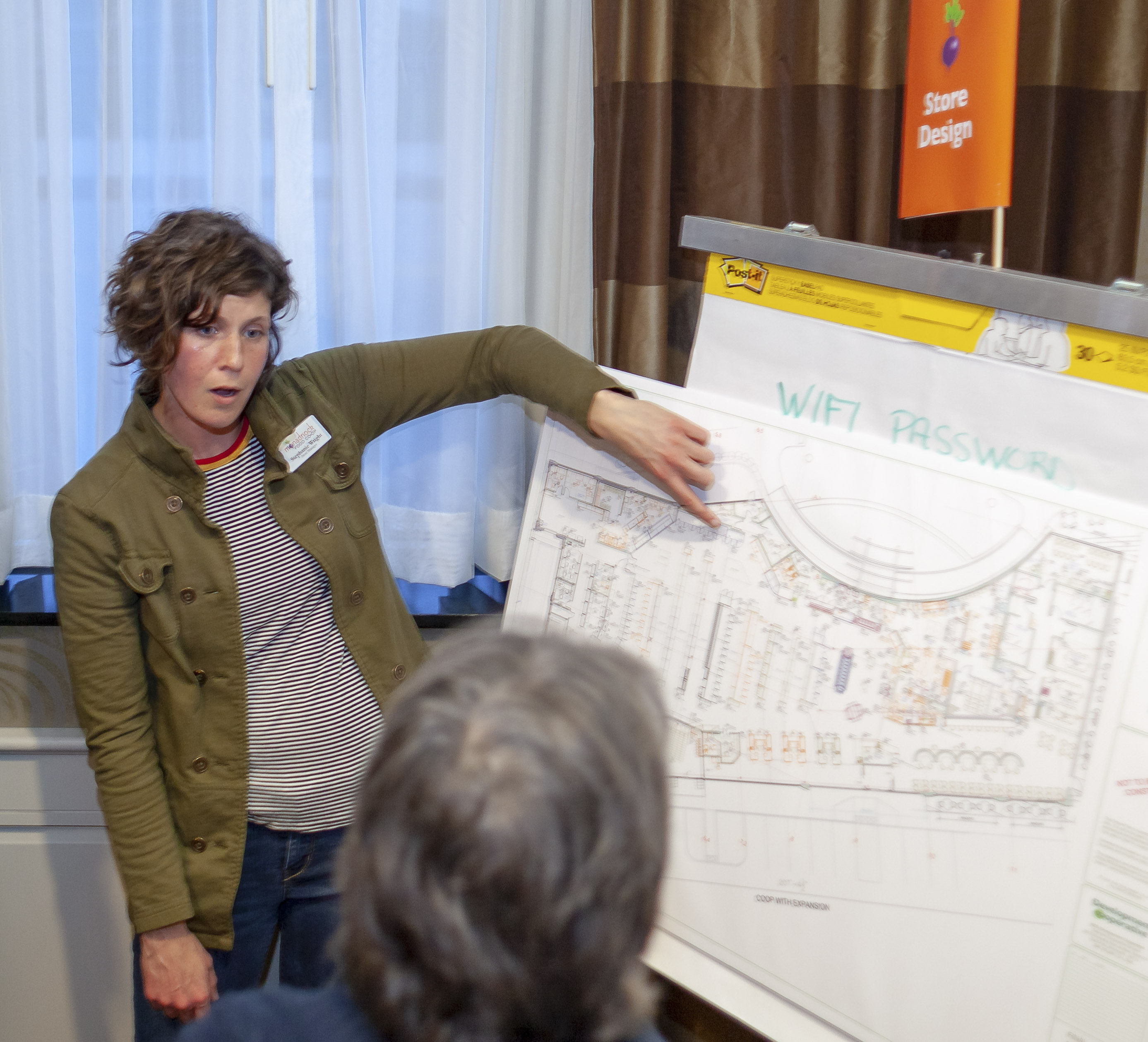 Often, those numbers are good for Wright’s store. Since she started with the co-op four years ago, sales have risen from $10.7 million to $18.5 million. High yearly growth rates have come under her leadership: a 10% spike in 2020, a 14% surge in 2021 and a projected 15% increase for this fiscal year. The important indicator of income was also decisively in the black, up between 3.2% and 6.2% over the past four years.

Uplifting the community is a goal for Wright as well. She oversees the company’s “Health Food for All” program that provides a 10% discount to those in financial need, an effort that led to more than $50,000 in discounts during the last fiscal year. She also champions a program that provides half-off fresh produce for shoppers using EBT and collaborates with the prepared food team to host $5 community dinners. Thanks to her oversight of a round-up campaign, more than $65,000 was raised for community causes over the past year. 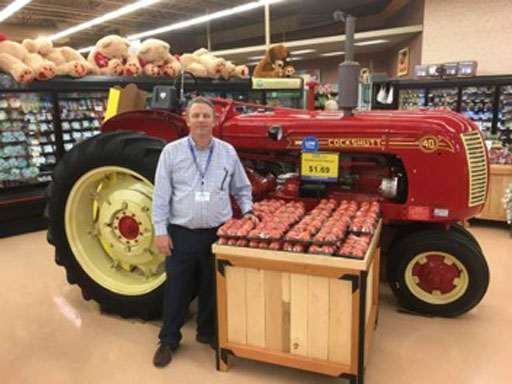 Since starting at K-VA-T Food Stores 29 years ago, Raymond Stockard has diligently moved up to a store manager role in which he has proven to be an effective steward.

His tenacity, depth and breadth of experience at K-VA-T/Food City have enabled Stockard to lead the company in sales volume. Overall sales at his store (without fuel) climbed 14.6% from the pre-pandemic year of 2019 to 2021, with growth coming from every department. Net profits were up by 52.5%. In addition to strong financials, consumer-oriented metrics are also high for the location he manages, including mystery shopping scores and consumer feedback that is well above district and company averages.

The store is a community hub for events that Stockard enjoys organizing. His colleagues report that he is continually thinking about and planning for the next event and challenges them to do the same. Not surprising for someone who likes events, he does it up big for the holidays; in addition to creating a fun-filled atmosphere, Stockard serves as chairman for the region’s Santa Train project that distributes candy, toys, goodies and gifts to those in need in Southern Appalachia. His team received a service award from the Santa Train program for their efforts to maintain the tradition during the COVID-19 pandemic by hosting drive through events at various locations. 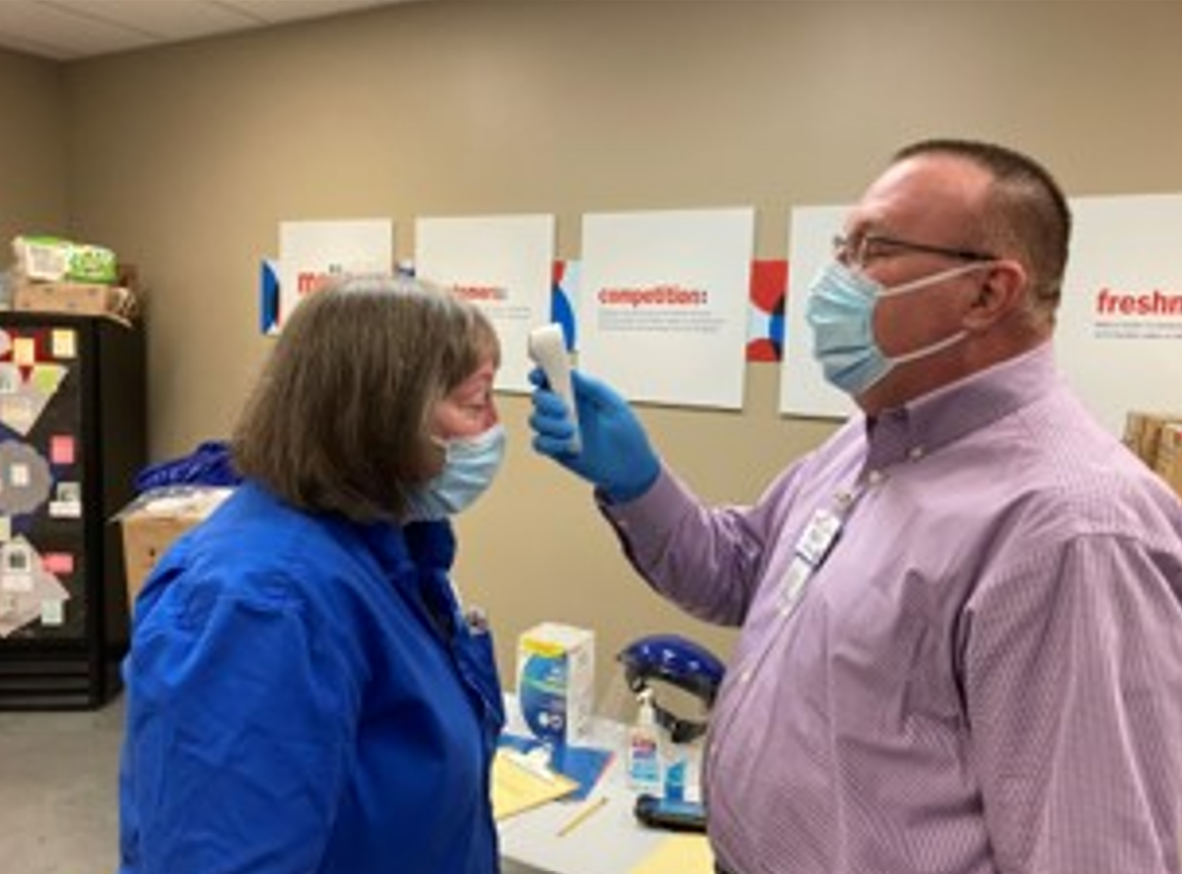 A 35-year Meijer employee and manager of a location in Stevensville, Mich., Rob Vassar is known for his powerful interactions with shoppers and team members. Vassar's colleagues report that many shoppers view him as a friend and seek him out in store, and he’s sent cards, flowers, Meijer bakery cakes and other gifts to customers, adding their name to a spreadsheet to remind him of their upcoming birthday or anniversary.

His interactions are complemented by his actions to lift his store’s performance. In 2021, the Stevensville location reported its highest-ever sales, and the store is currently beating its sales plan by 8.37% and exceeding net profit plan by $500,000. Shrink is one of the best in the company at 1.56%, and his location is one of the top four within his market for all customer service categories.

The communities he serves have Vassar’s unwavering personal support. He has been a part of the Southwest Michigan United Way Campaign committee for many years, launched an Operation Thanksgiving Campaign to donate 150 turkey dinners to those in need and partners with a local church on a Santa’s Workshop program that allows families to buy a toy for a quarter or fifty cents.

FMI also recognized Vassar as the “People’s Pick” category winner as the recipient of more than 3,000 votes out of the 7,100 ballots cast in the online contest. 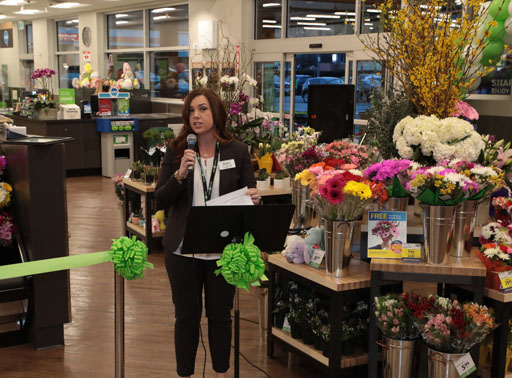 As she has taken on more responsibilities and roles over the years, Dawn Haig has earned high marks for her leadership and her commitment to Save-On-Foods and to the grocery industry at large. She received a special achievement award from the company in 2012 and was recognized as a “Star Woman in Grocery” by Canadian Grocer magazine, among other distinctions.

Haig took on the teacher and administrator role when opening a brand-new location in Cottonwood in March 2021. Given the fact that many employees were new to the chain — and some to the industry — she took the opportunity to engage the approximately 160 associates and provide them with a clear vision for the store. By holding regular huddles and weekly meetings and often working with them side by side running a register or sanitizing baskets, she inspires the team to set and reach their goals.

Her steady guidance and support of innovative offerings like made-to-order burritos, custom cakes and an in-store poké bar at the new location paid off quickly. The Cottonwood store achieved positive sales growth in its first nine months of operation — a rare feat with new stores.

Haig’s drive for continuous improvement is reflected in her work to better the community as an ambassador for Save-On Foods. She supports a variety of organizations and schools in her region, including nonprofit groups that provide food security and a children’s hospital that relies on fundraising. In 2019, she was recognized for her community contributions with a service award from a local Rotary Club in Mission, B.C.