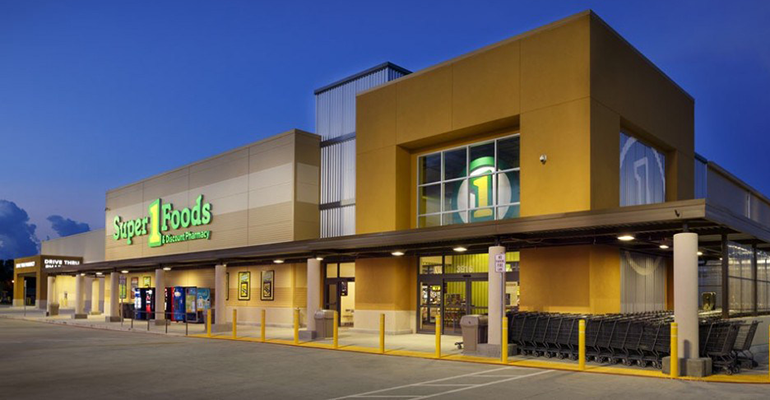 “We are very excited to celebrate the grand openings of these Super 1 Foods stores,” Brad Brookshire, chairman and chief executive officer for Brookshire Grocery, said in a statement. “We are focused on making a positive impact in the lives of our customers, employee partners and communities. With our great line of offerings and outstanding service, we are confident people in these communities are going to truly love shopping at Super 1.”

Brookshire announced the acquisition of eight Winn-Dixie supermarkets in Louisiana from Jacksonville, Fla.-based Southeastern Grocers in February and closed the transaction in April. The acquired Winn-Dixie store in New Iberia, La., was consolidated with an existing Super 1 Foods store in the community. In addition, Brookshire relocated the existing Super 1 Foods stores in Abbeville and Eunice to the former Winn-Dixie locations in those communities.

Customers order, pay and select pickup times for their groceries at Super1Foods.com or via the Super 1 Foods mobile app. Shoppers can choose from thousands of products — including fresh meat and seafood, local produce and own-brand groceries — at the same prices as in the stores, the retailer said. The orders are filled by Super 1 Foods personal shoppers, who the chain noted ask for recommendations when needed from experts in the market, deli, bakery and produce departments. The personal shoppers then deliver orders to customers at the scheduled pickup time, which includes same-day service, in the designated curbside parking area.

“We are always looking for ways to expand our service to customers,” Brookshire stated. “We are very excited to be adding the convenience of online ordering with curbside pickup at 11 locations.”

With the service, Super 1 Foods customers can order and pay for an assortment of meat, produce, grocery, bakery, deli, household, health and beauty, baby and pet items through the chain’s branded Instacart website at delivery.Super1Foods.com or the Instacart mobile app. An Instacart personal shopper then visits the store to fill the order and deliver the groceries to the customer’s home in their scheduled delivery time frame.