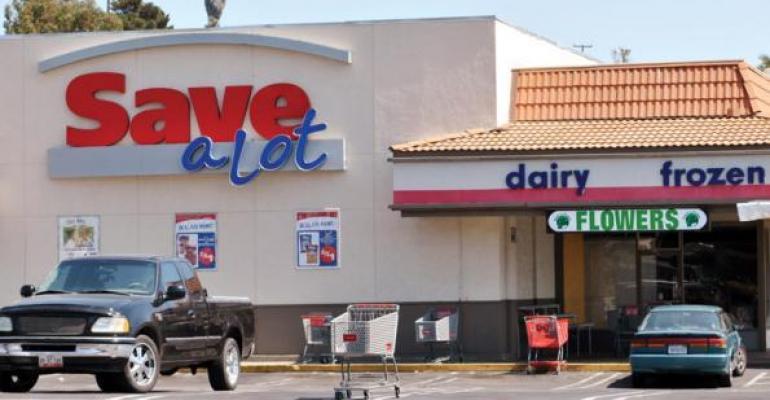 Supervalu down on deflation in 2Q

Deflation was particularly difficult for Supervalu’s Save-A-Lot discount chain, which experienced wholesale deflation in meat and produce leading to lower sales figures despite shipping additional units, officials explained. Save-A-Lot’s overall sales increased 3.2% to $1.1 billion during the quarter due to new stores, but indentical-store sales were down by 1.6%.

Overall, quarterly revenues of $4.06 billion increased by 0.5% from last year’s second quarter. Analysts expected $4.12 billion in sales. Net earnings were flat at $31 million and included $6 million related to the planned spinoff of Save-A-Lot. Earnings per share of 11 cents missed consensus estimates of 14 cents.

“Although we were able to increase adjusted EBITDA compared to last year, our results were not as strong as we had planned,” CEO Sam Duncan said in a conference call with analysts.

Sales at Supervalu’s conventional supermarket banners totaled $1.1 billion, a decrease of 1.2% from the same period last year, with comps dipping by 3.3% and EBITDA down by $14 million. Results were affected by compression of margins in pharmacy as well as increased shrink due to slow sales.

Duncan acknowledged Supervalu, headquartered in Eden Prairie, Minn., could have done a better job balancing promotions during the quarter to adjust for pharmacy challenges, but said the company was making strides overall in its retail banners, citing store conditions, an ongoing renovation program and new stores.

“You have to remember too that when we took over here, we were five to seven years or more behind the world on what needed to be done in the retail banners,” he said. “And we're still playing catch up on that, but I feel very good about where we're at and everything that we're doing. And I very much like the conditions that I see in the stores.”

Duncan said the company was continuing with plans for a potential separation of the Save-A-Lot business but declined to provide additional detail. When asked whether his forthcoming retirement, along with the departure of CFO Rob Anderson — both announced in recent weeks — signaled a “step back” in those plans, he replied they “were by no means a step backwards … It is moving along, and our work schedule is proceeding as normal.”