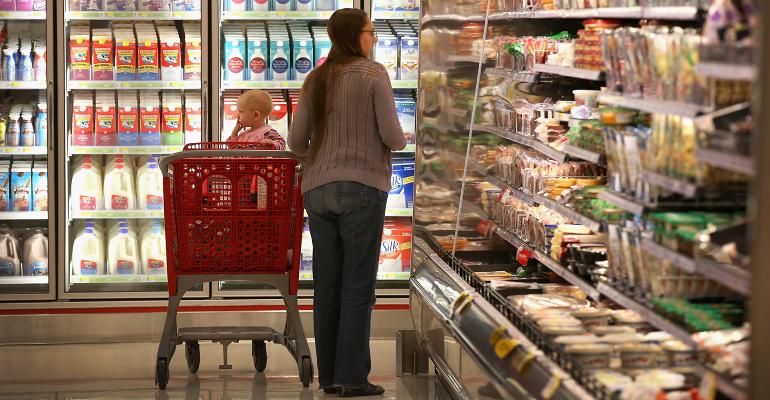 Target CEO Brian Cornell said Wednesday he was disappointed with comp-store declines in food during the second quarter, and said the mass merchant would “revisit” presentation, assortment and promotion during the second half of the year with eyes on improving its competitive position in an increasingly feisty battleground.

Although Target is in the midst of a multi-year effort to transform its food business, and Cornell has lauded early efforts to improve assortments and quality at its stores, he acknowledged the retailer was “playing to win both short and long term.”

Speaking in a conference call with analysts, Cornell attributed softness in food in part to deflation, which he said put affected sales by about 20 basis in the quarter, but alluded to a more competitive environment for groceries overall. “We're looking very specifically at food by market across the country because we face a number of regional competitors and we better make sure our presentation, our promotion, our approach enables us to compete market by market.”

The CEO also disputed a recent Wall Street Journal report that Target’s board was reticent to support the investment required to compete in food.

“Despite what you may be hearing, we have absolutely complete support from the board to make sure we're investing capital behind the initiatives that will drive future growth,” Cornell said. “We're not playing for just the short term. We're playing for the long term. Those capital investments have to be done on behalf of the guest and our shareholders but we're looking right now at a number of different opportunities to continue to invest to drive growth. There is no hesitancy at all in making those investments.”

“Guests have told us the new food area now feels more intimate and separate from the rest of the store, providing a distinct grocery shopping experience they prefer,” Cornell said. “We're very encouraged with these initial observations and will continue to leverage learning from these stores as we work to improve grocery performance across the chain.”