Target
Target lowered its financial guidance and has enacted a range of measures after unexpectedly rapid changes in costs and its sales mix squeezed first-quarter results.
News>Retail & Financial

After higher costs and overstocks led to a disappointing first quarter, Target Corp. has initiated an action plan to “rightsize” its inventory for fiscal 2022 and add more leeway to adapt to changes in customer demand and business conditions.

Minneapolis-based Target said Tuesday that actions for the second quarter include more markdowns, sifting out excess inventory and order cancellations. Farther up the supply chain, the company aims to add incremental holding capacity near U.S. ports to bring more flexibility and speed in parts of the supply network most affected by external volatility as well as work with suppliers to shorten distances and lead times. Target, too, said it plans to fine-tune pricing in response to “unusually high transportation and fuel costs.”

Also being addressed is work “already in flight,” including “rapid revisions” to sales forecasts, promotional plans and cost projections by category, according to Target. The retailer said it expects ongoing strength in frequency-related categories such as food and beverages, household essentials and beauty but is “planning more conservatively” in discretionary categories such as home, which has seen significant flux in demand since the start of the year. 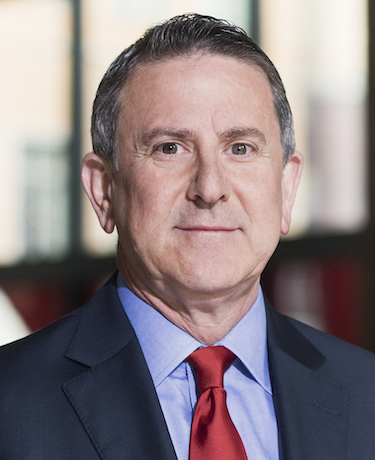 “While these decisions will result in additional costs in the second quarter, we’re confident this rapid response will pay off for our business." — Brian Cornell, Target chairman & CEO

“Target’s business continues to generate healthy increases in traffic and sales, despite sustained volatility in the macro environment, including shifting consumer-buying patterns and rapidly changing operating conditions,” Chairman and CEO Brian Cornell said in a statement. “Since we reported our first-quarter results, we have continued to monitor external conditions and have determined the necessary actions to remain nimble in the current environment.”

“Our first-quarter gross margin rate was well below our expectations, reflecting a combination of factors that prove to be very different than expected, driven by a rapidly shifting macro backdrop and changing consumer behavior,” Cornell told analysts in a mid-May conference call on Q1 results.

“More specifically, we saw much-higher-than-expected freight and transportation costs and a more dramatic change in our sales mix than we anticipated. This resulted in excess inventory, much of it in categories which put additional strain on our already-stressed supply chain,” he explained, adding that the company has “a lot of work ahead of us to restore profitability to a level where we expect to operate over time.”

Target experienced “a rapid slowdown” in the year-over-year sales trends for the apparel, home and hardlines segments starting in March, when it began to see the impact of last year’s stimulus payments, according to Cornell.

“While we anticipated a post-stimulus slowdown in these categories, and we expect the consumer to continue refocusing their spending away from goods and services, we didn’t anticipate the magnitude of that shift,” he said in the call. “This led us to carry too much inventory, particularly in bulky categories including kitchen appliances, TVs and outdoor furniture. And with very little slack capacity after two years of unprecedented growth, we faced elevated costs-to-store and began rightsizing our inventory position.”

"Target's update only three weeks after earnings highlights the dynamic consumer backdrop, where changes are more extreme and faster than planned," Wissink wrote in a research note on Tuesday. "While the overall sales outlook is unchanged, the shift toward consumables has persisted. Data is a powerful tool in forecasting, but when the data lacks any discernable pattern, and signals are mixed with limited recurrence, using data to forecast is a challenge. We don't see this as unique to Target."

As part of the action plan announced Tuesday, Target said it also plans “aggressive options” to rein in costs, including ongoing work with vendors to help offset inflationary pressures, driving additional operating efficiencies, and cutting costs while upholding a strong customer experience. The company, too, aims to build more capacity in its upstream supply chain to support future growth, including the addition of five distribution centers over the next two fiscal years.

“The additional steps we are announcing today will ensure that we deliver for our guests while driving further growth,” Cornell stated on Tuesday. “While these decisions will result in additional costs in the second quarter, we’re confident this rapid response will pay off for our business and our shareholders over time, resulting in improved profitability in the second half of the year and beyond.”

With the actions, Target also has revised its financial guidance. The retailer said it projects a second-quarter operating margin rate of around 2%. In the Q1 analyst call, Chief Financial Officer Michael Fiddelke said the company was expecting a Q2 operating margin rate “in a wide range centered around our first-quarter rate of 5.3%, well-below where we'd expect to operate under normal conditions.”

For the second half, Target now forecasts an operating margin rate around 6%, down from its previous guidance of 8%. Still, a 6% rate would exceed Target’s average fall season performance in the years leading up to the pandemic, the company noted.

Target reaffirmed its full-year revenue projection of low- to mid-single-digit growth and said the retailer expects to maintain or add market share in 2022.