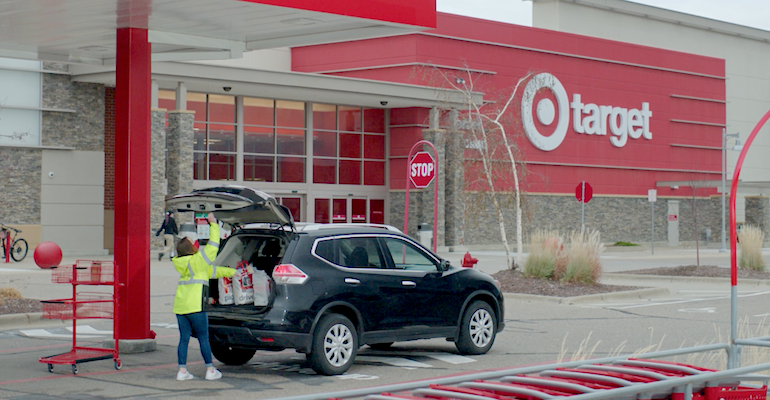 Target
Since 2019, Target has added more than $14 billion in store sales and almost $13 billion in e-commerce sales.
News>Retail & Financial

Total sales rise over $27 billion since pre-pandemic period, nearly half from digital

Also on Tuesday, Minneapolis-based Target said it plans to invest up to $5 billion to scale up its operations in 2022, with funds earmarked toward improving stores, digital experiences, fulfillment capabilities and supply chain capacity.

Comparable sales rose 8.9% in the quarter, reflecting upticks of 8.1% in traffic and 0.7% in average ticket size, Target said. By channel, comp sales advanced 8.9% for stores and 9.2% for digital.

Related: Cup of joe with your Target Run? 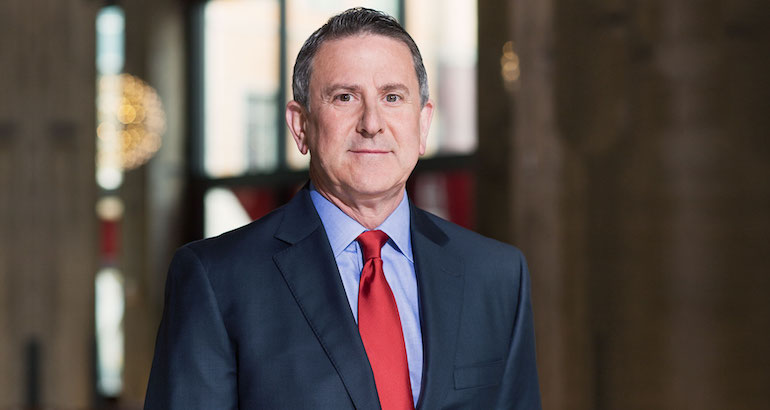 Target CEO Brian Cornell said, 'In the last two years, we’ve grown by more than 35%. That’s more than $27 billion. That figure alone would place the company in the top quarter of the Fortune 500.'

“It’s been five years since I stood in front of many of you, the head of a then $70 billion company. I was a little nervous as I laid out a bold, new company strategy,” Target Chairman and CEO Brian Cornell told analysts on Tuesday during a webcast from New York. “Today, I stand in front of you as the head of a $106 billion growth company, with a long list of proof points that our strategy is working. We’ve delivered 19 consecutive quarters of comp growth — 11 quarters of comp growth before the pandemic, eight quarters of comp growth since the pandemic. We’ve grown because we’ve accelerated our investments in our team and in our strategy. We’ve accelerated our growth because our team stepped up in heroic ways, meeting the explosive demands that materialized with the pandemic.”

Target noted that, since 2019, its total sales have swelled by more than $27 billion, including over $14 billion in store sales and nearly $13 billion in e-commerce sales. Overall revenue has grown by almost $28 billion, or more than 35%, during the past two years. Comp sales on a two-year stack were up 29.4% for the 2021 fourth quarter and 32% for the full year.

Target said all five of its core merchandise categories — food and beverage, essentials and beauty, home, apparel and hardlines — delivered double-digit comp-sales growth in fiscal 2021, on top of what the company called “unprecedented growth” in 2020. Own-brand sales grew 18% for 2021.

“In the last two years, we’ve grown by more than 35%. That’s more than $27 billion. That figure alone would place the company in the top quarter of the Fortune 500, and we’re seeing benefits of stores as hubs [for e-commerce]. Growth was split nearly 50-50 between stores and digital dollars. Over this time frame, we grew 2021 traffic by more than 12%, on top of nearly 4% in 2020.”

In 2022, Target’s online enhancements will include enabling participants in the federal Supplemental Nutrition Assistance Program (SNAP) to buy eligible grocery items on Target.com, adding to the SNAP payment capabilities in stores. SNAP online customers will be able to retrieve their groceries via free curbside or in-store pickup.

“Target’s digital experience, which we have been investing in for years, plays a key role here as a gateway to our guests and a huge growth driver for us,” Cara Sylvester, chief marketing and digital officer, said in the webcast. “Our digital business has nearly tripled in the last two years and in 2021, delivered a 20% [-plus] comp on top of a 145% comp the year prior. Then there’s 45% comp growth in digitally enabled same-day services on top of 235% last year. And our flagship Target app has moved from 30% of digital demand a little over two years ago to closing in on 70% today.” 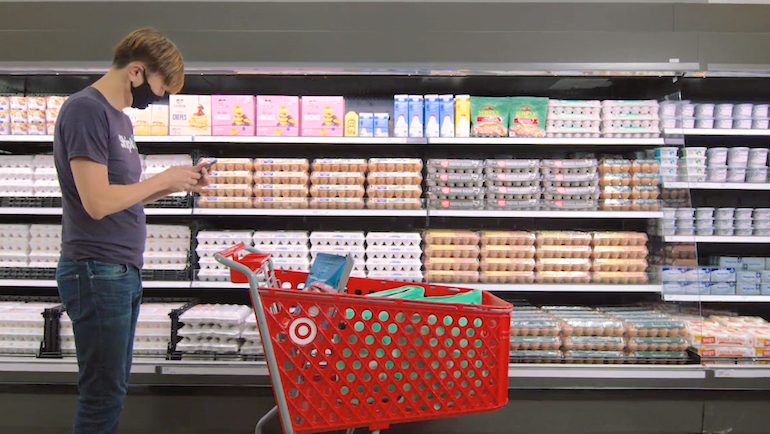 Target said that this year it plans to open about 30 stores in new neighborhoods, ranging from from midsize locations in dense suburban areas to small-format stores in city centers such as Charleston, S.C., and Manhattan’s Times Square. Also planned are some 200 store remodels, which will mean that over half of the chain’s locations will have been upgraded since the remodel program began in 2017. Besides more modern design elements, brighter lighting and elevated merchandise displays, the store updates will include enhanced hold space and pickup areas for online fulfillment. Hundreds of other smaller store projects, too, will address omnichannel fulfillment and expanded in-store brand partnerships.

“With digital fulfillment growing exponentially and in-store traffic continuing to rise, our stores are supporting more and more volume,” Chief Operating Officer John Mulligan said during the live event. “In the last five years, the average stores added $15 million in sales, which means $40 million stores have become $55 million to $60 million stores and growing. As our stores become more productive, they naturally gain efficiencies, including significant cost leverage and lower clearance markdown rates. So as they contribute more to our top line, they further protect the bottom line. We’ve said from the beginning that our stores have the capacity to support higher growth. That remains true today, even as average sales per store have risen 30% in just the last two years.”