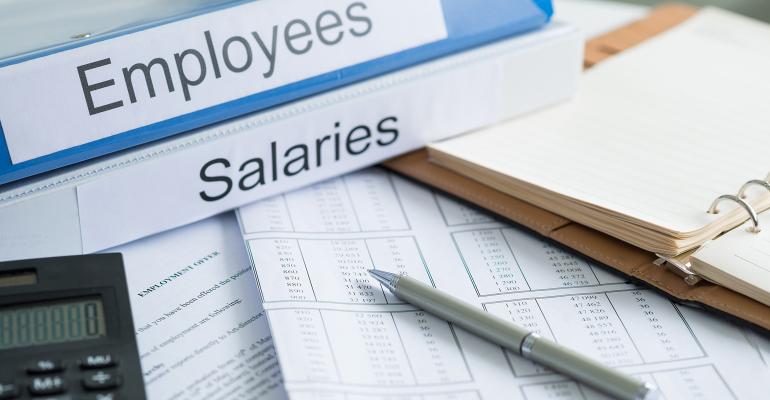 The 2017 retail salary report can be found here.

Tax reform could translate into paycheck reform for many food retail workers as companies look to enhance the in-store experience for customers and attract and retain employees that can provide that experience.

Several retailers have already announced bonuses for employees tied to the windfall that companies will receive as a result of the legislation, which cuts the corporate tax rate to 21% from 34% and modifies certain tax deductions.

In addition, the boost to the bottom line that the tax reform is providing could force companies to recalculate the performance-driven bonuses they pay their top managers, said Jose Tamez, managing partners at executive recruiting firm Austin Michael.

“Any additional income on the bottom line that comes from tax reform would not be based on performance, or any activity that the executives were a part of,” he said. “So companies are going to have to rethink those calculations for anyone who has a bonus tied to income performance.

“That's a good thing,” Tamez added, “because if the performance bonus of senior executives is tied to measures that were drafted three or four years ago, you could make a case that their shelf life has expired.”

In addition, the tax reform legislation eliminates the ability for public companies to deduct performance-based compensation in excess of $1 million paid to certain executives, now including for the first time chief financial officers. The scope of companies impacted by this rule was also expanded to include companies that file reports with the Securities and Commission based on having publicly traded debt.

The elimination of bonus deductibility may have led some companies to shift some compensation that was to be paid out in 2018 forward into 2017, according to reports.

According to an annual survey of food retailing salaries provided to SN by Austin Michael (link to data table), C-level compensation at small, medium and large companies increased almost across the board in 2017, compared with 2016. CEOs at large companies were among the biggest gainers, with average compensation increasing 6.7%, to $1.6 million. That compares with compensation of $845,000 at medium-sized companies (up 2.4%) and $620,000 at small companies (up 3.3%).

So far most of the announcements that retailers have made concerning the use of the tax benefits to enhance compensation have involved store-level and other hourly employees rather than senior management.

Bentonville, Ark.-based Walmart said it plans to raise its starting wage for hourly workers in its stores and distribution centers to $11 per hour, up from the current starting rate of $9 per hour, amid other changes to benefits and compensation, based on the expected benefits of tax reform. Other companies have announced one-time bonuses, while others have stated their intentions in general terms to use the proceeds from tax reform to benefit workers, as well as shareholders and customers.

Tamez noted that as many retailers have been slowing down their real estate investments lately as they have cut back on new-store development, they have been redirecting some of that capital spending on internal investments, such as updating their systems, investing in new channels and creating new positions.

Several companies, including Cincinnati-based Kroger Co. and Phoenix-based Sprouts Farmers Market, had already announced investments in staff salaries and training before the tax legislation was crafted. Kroger said last year it would invest an incremental $500 million in “human capital,” in addition to “rebalancing” store workers’ pay and benefits, and Sprouts said in a recent investor presentation that it had already made significant investments in training and salary to enhance retention and improve the in-store experience for customers.

“With the new tax legislation, it is enhancing exponentially what was already taking place last year in retail,” said Tamez. “The one-time bonuses seem to be grabbing the headlines, and that can turn into more regular events, potentially.

“Something more sustainable would be increases in hourly rates of pay, which Walmart has already done,” he added. “You'll see more of that happening as a result of the actions that they took.”

Tamez said he favors pay increases “starting from the bottom up” because those store-level workers are most closely involved in engaging with customers.

“High service levels and customer engagement have never been more critical than they are now, and they will continue to be important based on the fact that there are other competitive channels,” he said.

Retailers can invest in service in multiple ways, including providing more training, adding workers to stores and increasing worker salaries. Increasingly, however, retailers have been investing in technology as a way to improve customer service and engagement.

“For some reason the industry has been focused on this narrow corridor that customer engagement has to be technology-based and service levels have to be technology-based,” Tamez said. “There is some truth to that, but it's still about human engagement, and there are a lot of ways to enhance that with additional dollars that come by way of the tax legislation.”