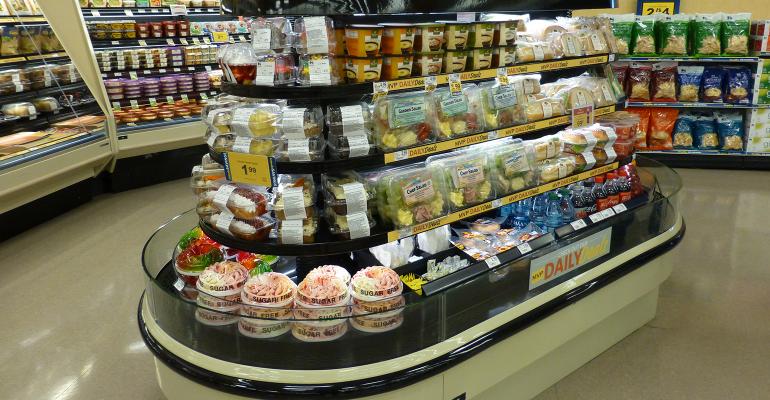 The service and overall customer experience available in supermarket fresh departments create an important point of differentiation from Amazons Go, the cashier-less store that the e-commerce giant opened in Seattle this week, according to Dick Boer, CEO of Ahold Delhaize.

In an interview with CNBC after the company reported its fourth-quarter and year-end sales results on Wednesday, Boer said the Zaandam, Netherlands-based company has been investing heavily in technology to improve the shopping experience, but in-store fresh departments remain an anchor of the supermarket format.

Asked if fully automated stores were the future of food retailing, Boer said automation was only part of the equation. Fresh products account for more than 50% of the company’s sales, he said, while Amazon Go is more focused on packaged goods.

“What we do on the fresh side is create entertainment, create excitement and create innovation around fresh,” Boer said. “We see opportunities also for the service levels in the stores, and the excitement for the customers.”

Ahold believes technology will play an important role, however, particularly in the areas of store checkout, e-commerce and personalization through loyalty programs, he said.

The company last month began testing a cashier-less system at one of its AH to Go convenience stores in the Netherlands that allows users to tap an electronic shelf tag with a credit card or smartphone to pay for products without going to the cash register. The system is expected to roll out to all 76 of Ahold’s convenience stores in the Netherlands by June.

In the U.S., the company has been at the forefront of shopper-driven product scanning both with handheld devices and the Scan It! mobile app.

Asked about the benefits of tax reform in the U.S., Boer said the savings could be used to benefit Ahold Delhaize customers, a hint that the company could choose to invest in pricing.

“Ahold Delhaize is a company that already has a strong balance sheet, so from a cash perspective, if we want to invest, we can invest,” he said. “We don’t need the tax cut for that, but for any investment we want to do for customers, clearly, this will help.”

Meanwhile Ahold reported fourth-quarter comp-store gains at both its Ahold and Delhaize divisions in the U.S.

Comp-store sales, excluding gasoline, at the Ahold USA division, which includes the Stop & Shop, Giant-Carlisle and Giant-Landover banners, as well as the Peapod e-commerce operations, rose 0.6% for the quarter and were flat for the full year. The results were bolstered by inflation of 1.1%, along with a strong quarter from Giant-Carlisle, where new beer and wine offerings have been driving increased transactions. Market share at Ahold USA was expected to be steady, relative to the fourth quarter of a year ago, the company said.

Total sales at Ahold USA were down 0.7% at constant exchange rates compared with a year ago, to about $6.9 billion, while sales for the full year were down 1.5%, to $28.6 billion.

At Delhaize America, which includes the Hannaford and Food Lion banners, comps rose 1.5%, with positive results from both chains. Food Lion continued to benefit from the rollout of the “Fresh, Easy and Affordable” positioning in the Charlotte and Greensboro, N.C., markets and in Richmond, Va.

Market share at Delhaize America was expected to show gains over year-ago results. Price inflation was 0.7% in the quarter.

Delhaize America Group’s total sales for the fourth quarter rose 1.2% at constant exchange rates, compared with year-ago levels, to $4.6 billion. Sales for the full year were $19.1 billion, up 1.3% on a pro-forma basis (including Delhaize results preceding the merger with Ahold).

Fueled by the online sales performance and 6% comp-store sales growth in the Netherlands, Ahold said its overall sales increased 1.6% in the fourth quarter, to 15.8 billion euros, or about $19.6 billion. Pro-forma sales for the full year were up 1.7% at contact exchange rates, to about $77.7 billion.