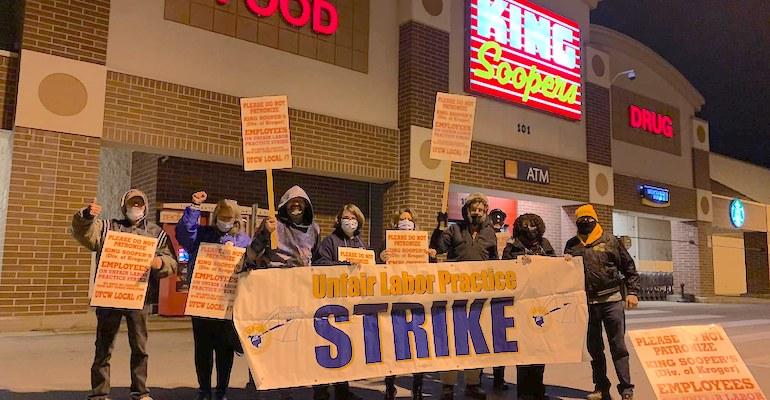 UFCW Local 7, The Kroger Co. yet to return to bargaining table

The Kroger Co.’s King Soopers division said Wednesday that affected stores will stay open to “continue delivering on their commitment to provide fresh food and other essentials to the communities they serve.”

UFCW 7 initiated the work stoppage as planned early this morning after rejecting what King Soopers/City Market called its “last, best and final offer” for a new labor contract. The union announced yesterday evening that 95% of members voted to proceed with the walkout. 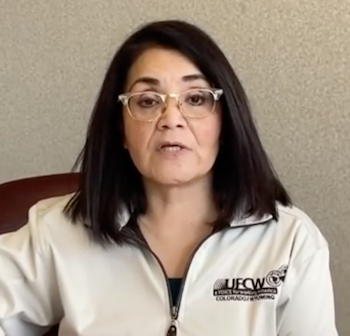 “The company’s ‘last, best and final’ offer, in many ways, is worse than its previous offers. King Soopers, despite providing certain information at approximately 5:30 p.m. last night, has failed to respond to critical requests and data concerning the wage, health and safety matters that are central to these negotiations,” UFCW Local 7 President Kim Cordova said in a statement Tuesday night. “Clearly, King Soopers/City Market will not voluntarily meet the needs of our workers, despite our repeated pleas for the company to listen to the voices of our members.”

According to UFCW 7, more than 8,700 unionized workers — including meat and deli associates and clerks — are taking part in the strike, which covers 78 stores in greater Denver, Broomfield, Parker and Boulder, Colo. The union voted to authorize the strike late last week and said the action is slated last three weeks, until Feb. 2. Cordova also said that stores in Colorado Springs also might be picketed at a later date.

“Local 7 is putting politics before people and preventing us from putting more money in our associates’ pockets,” Kroger King Soopers Division President Joe Kelley stated on Wednesday. Overall, the division has more than 22,000 employees and operates 117 King Soopers and City Market stores in Colorado and Wyoming. “It’s time for Kim Cordova to put our associates — her members — first instead of denying them the opportunity to vote on this unprecedented investment. Creating more disruption for our associates, their families and Coloradans rather than negotiating for a peaceful resolution is irresponsible and undemocratic.”

In its latest proposal, King Soopers/City Market said it’s offering $170 million in new wages and one-time ratification bonuses, with associates getting a nearly 22% pay hike on average over the three-year contract. The package includes $16 hourly starting rates for new hires; $3.10-per-hour wage increases for top-rate associates over the duration of the contract; up to $4.50 hourly hikes for associates in wage scales in the first year of the contract (based on progression and classification); and one-time ratification bonuses of $4,000 for associates with 10 or more years of service and $2,000 for those with less than 10 years of service. Wage increases for expired contracts would be effective Jan. 16 if the offer is voted on and ratified by Jan. 22, according to the company. 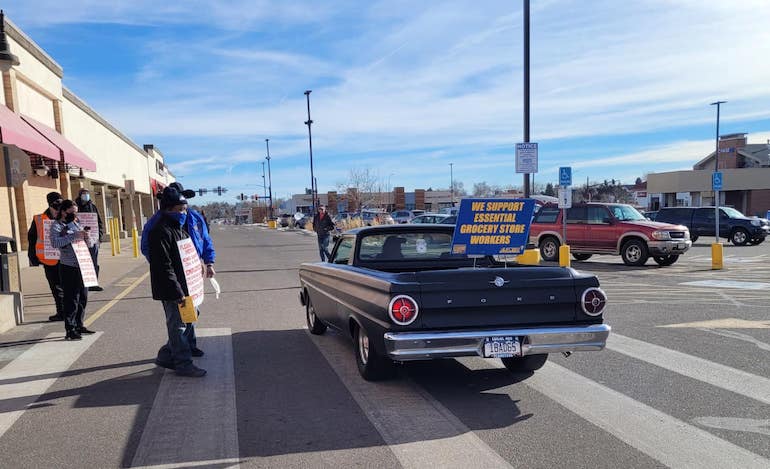 Additionally, King Soopers/City Market said it will continue to contribute $29.3 million annually to the pension plan and that it has boosted its health care benefits offer by $6 million to nearly $19 million over three years, on top of $72 million per year that the company already contributes to health coverage. The retailer noted that associates haven’t experienced an increase in health premiums since 2012 and, based on projections, wouldn’t see increases through 2025.

“The company has tried everything to reach an agreement and avoid a strike. Local 7 left the bargaining table early in the morning last Thursday and never returned. King Soopers’ bargaining committee remained available to meet locally at all hours since that time and repeatedly requested that Local 7 return to the table before the strike deadline that the local had set,” King Soopers/City Market said in an update on Wednesday. “It’s disappointing that your union has taken this path and has decided to strike today.”

UFCW 7 criticized King Soopers/City Market’s latest contract offer, explaining that it restricts the ability to work overtime, offers wage increases of only 13 cents per hour to some workers, ensures a part-time workforce instead of offering more full-time jobs, shortens the leave time for workers on leave of absence or injured, fails to address worker proposals to end two-tier discrimination in their contracts, and provides inadequate worker/customer safety measures.

The union also claims that King Sooper/City Market’s proposal allows for a “new subclass of gig workers to steal hours and drain the health fund for long-term King Soopers associates” and jeopardizes the health care trust fund’s solvency by insisting on variable contributions. In addition, the union said a “most-favored nation” clause enables the retailer to not have to honor proposed wage increases if Kroger Co. competitors enact lower wage rates.

“We strike because it has become clear this is the only way to get what is fair, just and equitable for the grocery workers who have risked their lives every day just by showing up to work during the pandemic,” Cordova commented Tuesday evening.

Both sides also have offered competing analyses of compensation and/or conditions for Kroger Co. grocery workers. On Wednesday, Cincinnati-based Kroger announced the release of an ndp | analytics report that documents the company’s compensation for roughly  85,000 hourly associates in California, Colorado, Oregon and Washington. And yesterday, UFCW 7 cited the release of a study by the Economic Roundtable that assessed the working and living conditions of more than 36,000 Kroger workers in Colorado, Washington’s Puget Sound and Southern California.