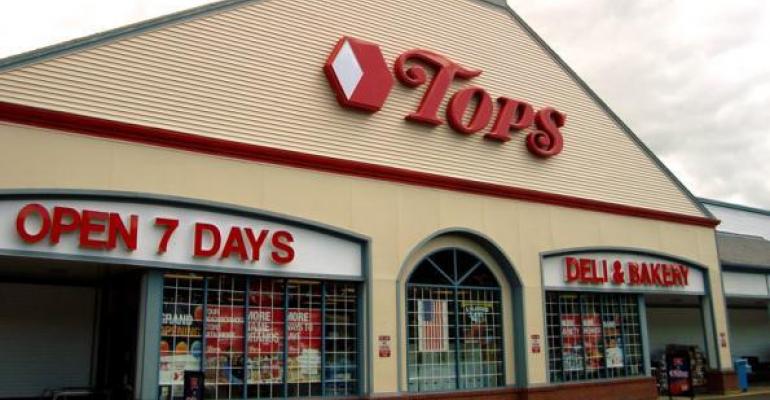 The Williamsville, N.Y.-based operator of Tops Markets said inside sales increased by 1.9% to $555 million during the quarter, which ended July 16. Net sales were up 0.6% to $590 million, reflecting a 16.3% decrease in gasoline dollar sales triggered by lower per-gallon prices. Gross profit as a percent of sales was up 80 basis points to 29.8%, largely due to the smaller proportion of lower margin fuel sales in the mix. Distribution costs were down 16.6% to $9.6 million, primarily due to a $1.7 million decrease in self-insured workers’ compensation claims expense.

Tops said the sales increase was due largely to the addition of seven new and acquired supermarkets opened since May 2015, contributing $12.8 million of incremental sales. Same store sales declined 1.1% largely due to food cost deflation in certain categories, including meat and dairy, combined with competitive pressure to respond with lower prices.

“We delivered solid performance in the quarter as higher margin sales and strong cost control drove a 6% increase in adjusted EBITDA,” Frank Curci, Tops chairman and CEO, said in a release. “Along with the rest of the supermarket industry, we continue to be challenged by food cost deflation, particularly in meat and dairy categories, which drove a small decline in same stores sales in the quarter. Despite those persistent headwinds, we continue to improve Tops’ earnings power through our growth as our net loss improved 92% and the adjusted EBITDA improvement was our third consecutive quarter-over-quarter increase.”