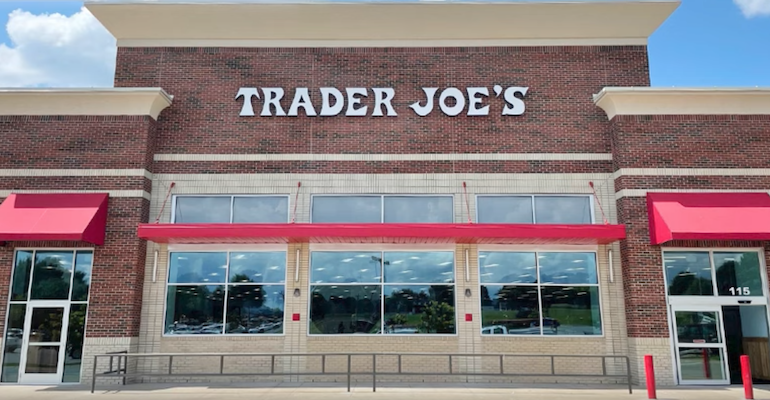 Trader Joe's
Trader Joe’s was the only brick-and-mortar grocer to make the American Innovation Index Top 25 Companies list, coming in at No. 15.
News>Retail & Financial

Monrovia, Calif.-based Trader Joe’s was the only brick-and-mortar grocer to make the Aii Top 25 Companies list, coming in at No. 15 with a score of 79.1. Amazon also made the top 25, finishing 19th with a score of 70. 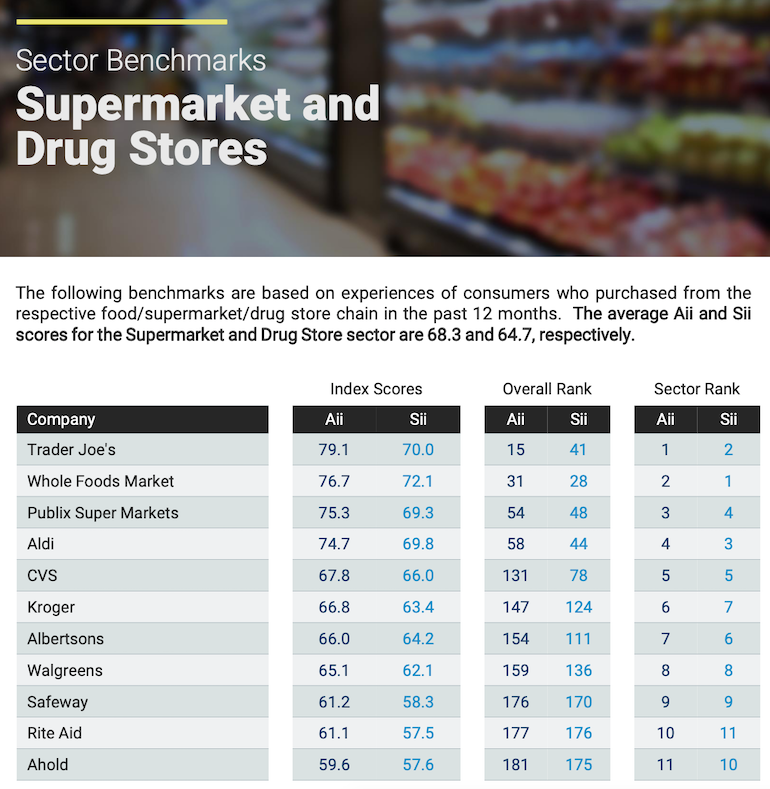 Grouped in the Aii’s “General Merchandise Retailers” sector benchmark were Amazon, which led the subindex with a score of 78.8, and Costco Wholesale, whose 77.3 score put the warehouse club chain at second. Also making the list in this sector were Target at No. 7 (score of 70.8), Dollar General at No. 8 (68.5), Dollar Tree at No. 10 (67.8) and Walmart at No. 11 (67.6). Save for Amazon, the highest overall Aii finisher in the GM retailer group was Costco at No. 27.

The 2022 Aii indicates that American business innovation has climbed to a five-year high, according to New York-based Fordham’s Gabelli School of Business. After a surge during the peak of the pandemic, the Aii gained 5.6 points between 2018 and 2022. Fordham noted that the last five years have been “turbulent times” in the United States, as companies were pushed to rethink their business models and meet fast-changing consumer needs and priorities.

Two supermarket retailers were among a dozen companies posting the largest increases in company innovativeness over the past five years. Ahold Delhaize led the field with a 20.6-point gain, while Albertsons tied for eighth among the fast-growers with an 11.2-point uptick. 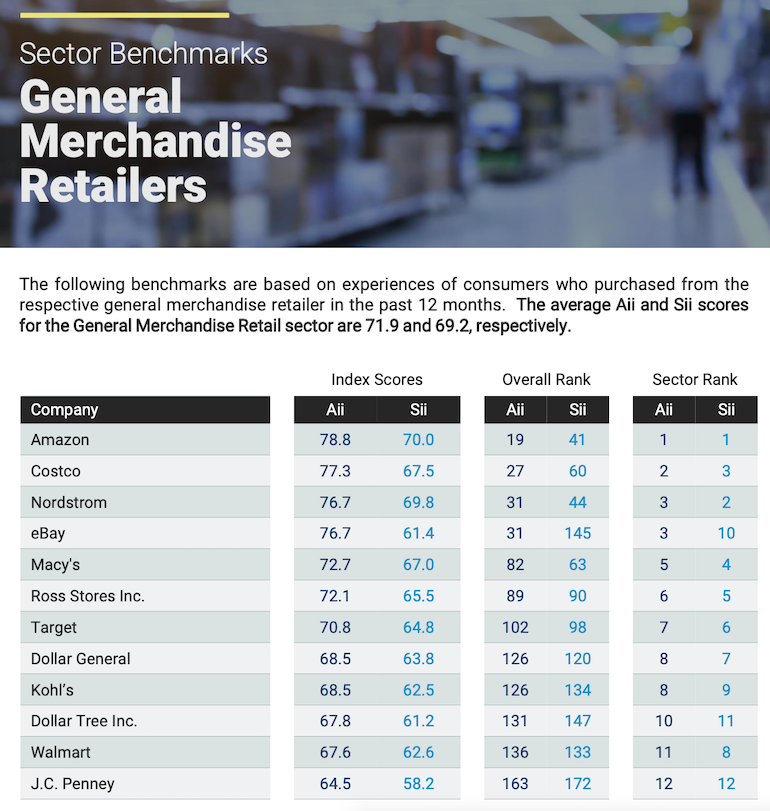 Though customer loyalty didn’t jump dramatically over the past five years, up an average of 3.7 points, Fordham and Rockbridge found that innovation benefitting the customer pasy off. The researchers said such innovation links directly to higher stock returns, and companies with higher Aii scores typically achiever higher loyalty and, in turn, more financial success.

“Top companies understand the effect of innovation on customer loyalty, and our research has proven it,” according to Lerzan Aksoy, professor of marketing at Fordham University’s Gabelli School of Business. “Companies that invest in customer-focused innovation are more financially successful, but it does take time for companies to reap the rewards of higher loyalty.”

Fordham and Rockbridge’s study also included the Social Innovation Index (Sii), which gauges company innovation that benefits society and the environment based on customer experiences. The Sii has risen 5.9 points over the past five years, likely reflecting the impact of the pandemic, social justice movement and climate crisis, as well as a sharper focus on environmental, social and governance (ESG) policy in the U.S. corporate realm, the researchers said.

“Customers have noticed the efforts of top companies to innovate for the greater good, and our research has proven that it matters to them,” stated Gina Woodall, president of Rockbridge Associates. “They reward companies with a focus on social innovation with higher loyalty, and this in turn is reflected in the bottom line.”