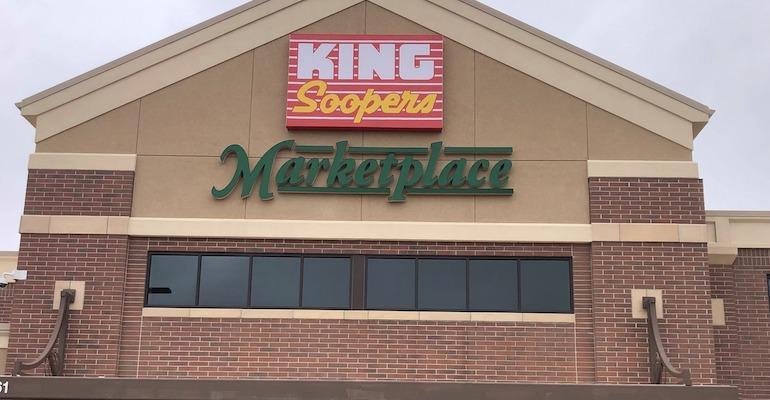 Denver-based UFCW Local 7 announced the contract ratification Monday evening following votes by its membership. The union said final details of the contract were provided to members but not released publicly. UFCW 7 represents about 17,000 King Soopers/City Market employees, including meat and deli workers and clerks.

According to UFCW 7, the contract marks “the most significant wage increase ever secured by a UFCW local for grocery workers” and includes first-year wage hikes for longstanding employees, with some workers receiving increases of more than $5 per hour. The agreement also includes improved health care benefits, protected pension benefits, stronger safety measures for employees and customers, and new paths to full-time employment opportunities for King Soopers and City Market associates, the union said.

“From the beginning of this process, we promised our members that we would procure the very best contract we could. We are excited that our members voted overwhelmingly to ratify this industry-leading contract that will ensure King Soopers will respect and protect essential workers as well as pay them fairly,” UFCW Local 7 President Kim Cordova said in a statement. 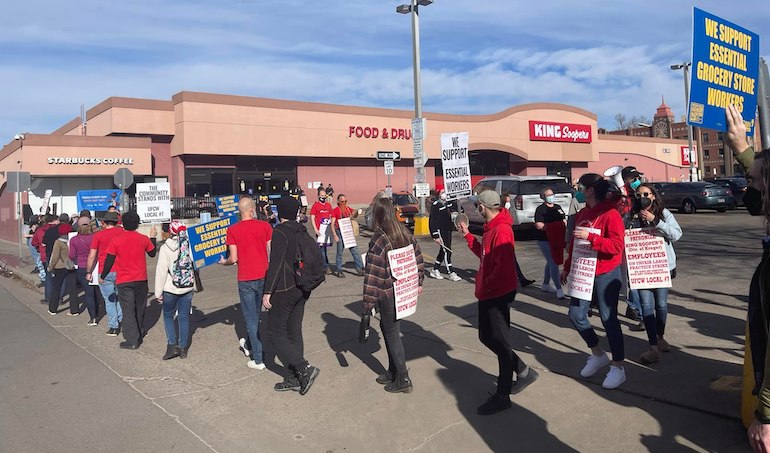 More than 8,000 workers participated in the strike at 78 King Soopers and City Market stores in metropolitan Denver and surrounding communities.

The ratification comes nearly two weeks after UFCW 7’s contracts began expiring throughout Colorado. UFCW 7 launched the strike in the morning of Jan. 12 after rejecting what King Soopers/City Market called its “last, best and final offer” for a new contract. The previous labor pact had expired as of midnight Jan. 9.

More than 8,000 unionized workers took part in the strike at 78 King Soopers and City Market stores in greater Denver, Broomfield, Parker and Boulder, Colo. UFCW 7 initially said the work stoppage would last three weeks, until Feb. 2, and that stores in Colorado Springs also might be picketed at a later date. The union and King Soopers/City Market announced a tentative accord early on Jan. 21.

Ratification votes will continue in Colorado Springs, Pueblo, Grand Junction, and northern Colorado over the next week, UFCW 7 said.

“Getting here has been arduous. Full credit goes to the bargaining committee and workers who made their voices heard through negotiating, standing united at the picket line, or sharing their stories with the media,” added Cordova, who also serves as vice president at UFCW International. “This fight was always about them, and now they have a contract they deserve and can be proud of.”

After reporting the tentative contract agreement on Friday, which ended the strike, King Soopers/City Market announced a $2 hourly premium on Saturday, Sunday and Monday for store associates returning to work or helping out at other locations “as a thank you for all that you do and the exceptional service.”

“I am grateful for the work that each of you do to support each other and our communities,” King Soopers Division President Joe Kelley stated. “Over the past few days, our family has been through a lot, but it is time for us to come together again and stand united as we head into the future and work toward becoming the market leader again.”

Overall, King Soopers/City Market has more than 22,000 associates and operates 117 supermarkets in Colorado and Wyoming.