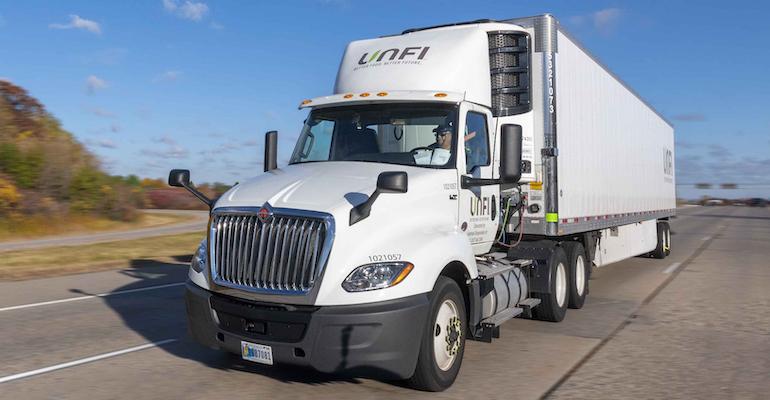 United Natural Foods Inc. (UNFI) has expanded its Northeast coverage with the opening of a refrigerated distribution center in Londonderry, N.H.

The 125,000-square-foot Londonderry facility completed its first outbound shipments to customers on Oct. 3, UNFI said Tuesday. The Providence, R.I.-based grocery distributor said the new cold DC will expand its refrigerated capacity and ease the workload at its DCs in Chesterfield, N.H., and Dayville, Conn. In turn, the Londonderry facility is expected to help drive customer growth across the New England market, including the culinary business of one of the distributor’s largest customers, which UNFI didn’t name.

“The New England region is a vital and thriving marketplace, and the opening of our new Londonderry facility acts as a complement to our other regional distribution centers, enhancing our ability to deliver improved service levels for our customers,” Mark Bushway, chief supply chain officer at UNFI, said in a statement. “Londonderry strengthens our supply chain and helps deliver UNFI’s differentiated value proposition that helps our customers grow and thrive.”

Overall, UNFI now operates 57 distribution centers and warehouses nationwide, with the Chesterfield and Dayville locations being the company’s only DCs in New England.

“We remain focused on driving operational improvement to optimize the value of our scaled and diversified platform across the $140 billion addressable market that we’re pursuing in our core business. Notably, this market also continues to grow.

According to McKinsey, U.S. grocery sales are expected to grow at an average annual rate of 4% from 2021 to 2026 with independent groceries expected to grow in line with the expectation for the overall market,” UNFI CEO Sandy Douglas told analysts in a conference call on fiscal 2022 results. “For our customers and suppliers, we are creating a one-stop shop for procurement, distribution and services.”

“Our scale remains a significant competitive advantage. As the largest grocery wholesaler in North America, distributing approximately 260,000 unique SKUs from around 12,000 suppliers to over 30,000 customer locations, we can procure product and administer promotions in a highly efficient manner, which makes UNFI a valuable partner for both suppliers and customers,” Douglas said in the call. “This scale is complemented by our unmatched distribution network, composed of 56 [now 57] strategically located distribution centers across the United States and Canada. Our network has the capability to support our growth and enhances our adaptability as market shifts occur.”

Last week, UNFI announced a partnership with robotics specialist Symbotic to automate five distribution centers during the next four years. With robotic case-pick functionality, Symbotic’s end-to-end automation is expected to transform UNFI’s DCs by adding capabilities, sharpening efficiency, improving order accuracy for customers and expanding storage capacity within facilities, the distributor said. The system, too, will be able to fulfill customer-specific orders, enhancing operating efficiencies at the store level. UNFI said it also has an option to roll out Symbotic’s artificial intelligence-powered robotics and software automation to more DC locations.

“We also see meaningful opportunity to benefit from increased efficiency and growth enablement across this [distribution network] portfolio by strengthening best practices, employing technology, and investing in automation. This is a significant focus of our 2023 investment program and a driver of the agreement that we just announced with Symbotic,” Douglas said in the analyst call. “As an automation technology leader, we look forward to working with the company to help streamline and improve operations across strategic assets within our distribution network. We believe this will help us better serve our customers and enhance our long-term profitability.”