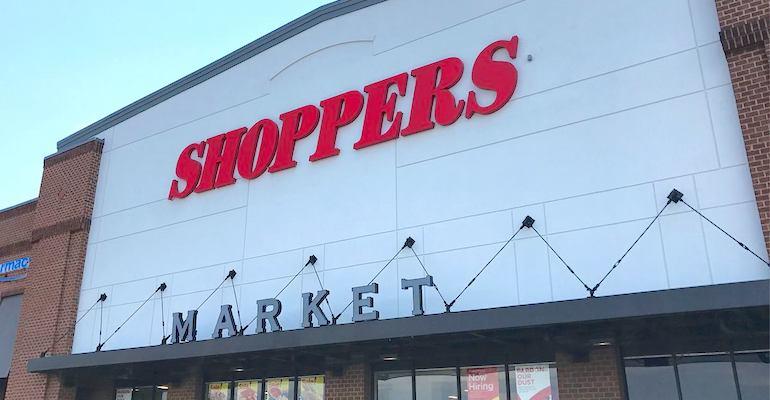 Shoppers/UNFI
Not so long ago, the Shoppers chain — and sister UNFI supermarket banner Cub Foods — were slated to be divested.
News>Retail & Financial

United Natural Foods Inc. (UNFI) has stepped up investment in its Mid-Atlantic supermarket chain Shoppers, which not so long ago was earmarked for divestiture.

Providence, R.I.-based grocery distributor UNFI said it’s reacquiring three former Shoppers locations in Maryland that had been sold and remodeling two current store locations. Two stores — at 4801 Marlboro Pike in Capitol Heights and 5600 The Alameda in Baltimore — reopened yesterday and the third, at 7051 M.L. King Hwy. in Landover, is slated to open in November.

In early October, Shoppers is on track to complete upgrades of its supermarkets at 5820 Silver Hill Road and 2950 Donnell Street in Forestville, Md., UNFI reported. The remodels include updated refrigerated and frozen cases, self-checkout lanes and new signage that the company said “offers a fresh take with a vintage flavor.” 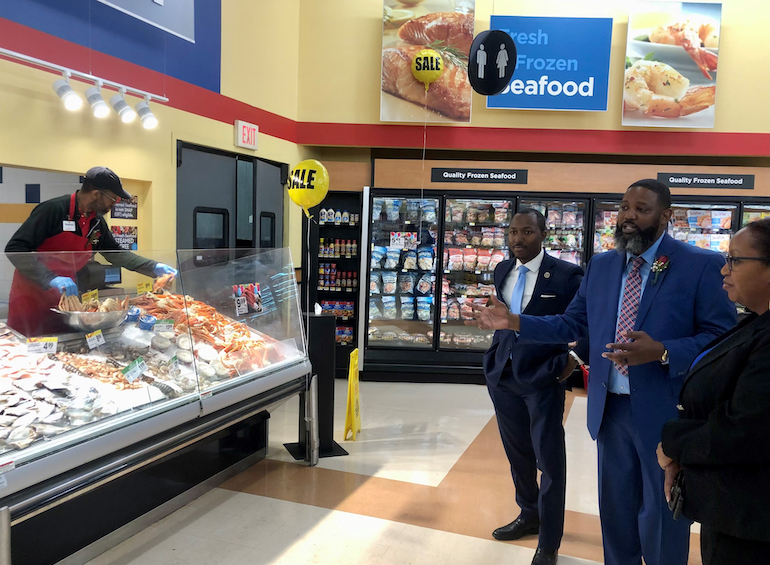 “Shoppers has a longstanding relationship with these communities, and we are excited to return to these neighborhoods and support residents with exemplary service and products of the highest quality, including fresh produce, meat, seafood, and everyday grocery items,” Jeff Bleichner, vice president and general manager at Shoppers, said in a statement. “These stores, along with our customer-first improvements at our Silver Hill and Donnell Street locations, reflect our commitment to invest in our communities to improve the health and quality of life of our customers through nutritious and delicious product offerings and friendly and attentive service.”

UNFI noted that Shoppers reinvestment in store acquisitions and remodels will improve the shopping experience for the grocery banner’s strong customer following in the Baltimore and Prince George’s County communities, which Shoppers has served for over 70 years. To mark the new store openings, Shoppers hosted grand opening events at the Capitol Heights and Baltimore locations, which included sampling, giveaways, special promotions, and remarks from Shoppers store and community leaders.

“Prince George’s County welcomes Shoppers’ reinvestment in our communities and continued commitment to the retail sale of groceries,” commented David Iannucci, president and CEO of the Prince George’s County Economic Development Corp. “These reacquired and remodeled stores will help address the challenges faced by many citizens to gain access to quality food and fresh produce alternatives. While Shoppers never left Prince George’s County, we say welcome back.”

The Shoppers investment marks a continued turnaround for the banner — as well as UNFI’s other corporate-owned supermarket chain, Cub Foods.

In mid-2020, then-UNFI Chairman and CEO Steven Spinner said the company plans to spin off Shoppers and Cub Foods as a stand-alone unit, with the sale of the stores not expected for another 24 months. UNFI had picked up Cub and Shoppers with its $2.9 billion acquisition of Supervalu, which closed in October 2018. Supervalu already had been divesting its retail grocery stores, in order to sharpen its focus on its core grocery distribution business, and the process continued under UNFI as the two companies integrated. But in May 2020, UNFI said it would put the sale of the chains on hold for 12 to 18 months so the stores could continue providing customers with groceries during the COVID-19 pandemic.

Then in June 2021, Spinner said during UNFI’s Investor Day event that it would continue to own and operate the Cub and Shoppers stores, citing the chains’ strong performance and community value amid the pandemic.

Cub already has been making improvements. The past couple of years, for example, have seen the chain invest in fresh food operations, technology and e-commerce as well as open liquor stores.

Overall, Shoppers operates 19 stores in the Maryland, northern Virginia and Washington, D.C., markets. Cub has a retail network of 80 supermarkets, primarily in the Twin Cities market, with one Illinois store. It also operates 30 beer, wine and spirits stores under the Wine & Spirits and Cub Liquor banners.